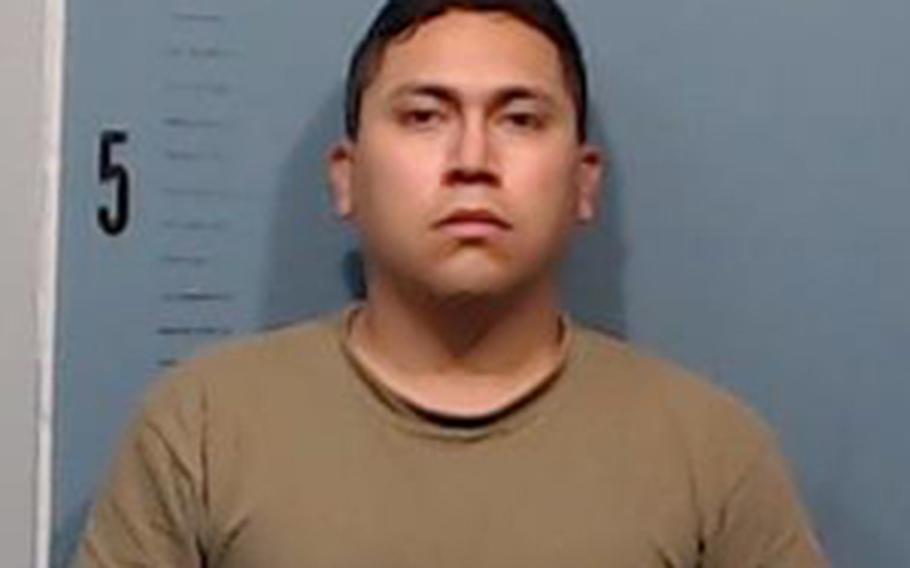 AUSTIN, Texas – An airman assigned to Dyess Air Force Base was arrested Wednesday on charges that he uploaded an image of child pornography onto the internet from his home in Abilene, the city’s police department said.

Arturo Guzman-Morataya, 28, told officers from the Abilene Police Department that he had viewed child pornography, including some that contained infants, following the execution of a search warrant of his home Wednesday morning, according to his arrest report. Police searched his home based on a tip from the National Center for Missing and Exploited Children.

The airman was taken to Taylor County Detention Center in Abilene and released on a $15,000 surety bond, according to online jail records.

Officials at Dyess Air Force Base, located in Abilene, declined to release Guzman-Morataya’s rank and unit, but did provide a statement that they are aware of the arrest.

“These are serious accusations, and not in line with U.S. Air Force or Team Dyess standards. We will work with the appropriate parties, as needed, to provide any applicable information and to ensure the member is afforded due process according to the justice system,” according to the statement.

The crime is a third-degree felony that could result in two to 10 years in prison.