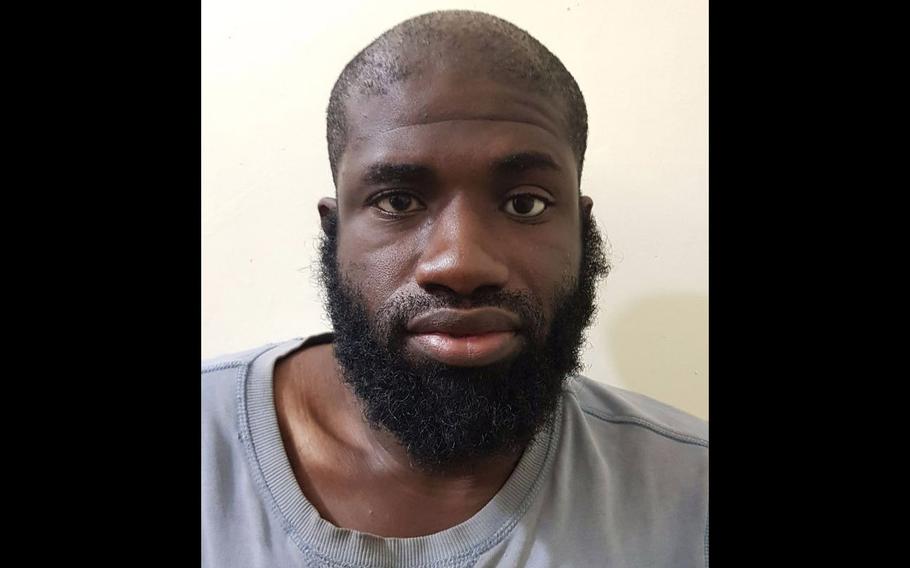 Warren Christopher Clark, 34, was among the roughly 300 Americans who left or tried to leave the U.S. to assist the Islamic State in its fight in Syria. ()

A Texas man captured in Syria has been indicted on charges that he attempted to provide himself as material support to the Islamic State group, the Justice Department said Friday.

Warren C. Clark, 34, a convert to Islam and former substitute teacher from Sugar Land, Texas, previously admitted to seeking a position teaching English at a university in the Iraqi city of Mosul, which ISIS has occupied for more than three years.

The Texas native was among a group of foreign fighters captured on the battlefield in Syria by U.S.-backed Kurdish forces during a Jan. 5 raid. This week, he was transferred to U.S. law enforcement custody and brought to Houston, where he appeared in federal court, the Justice Department said Friday in a statement. He was indicted by a grand jury and will face a detention hearing next week, the statement said.

“The arm of American justice has a lengthy reach,” said Ryan K. Patrick, U.S. attorney for the southern district of Texas.

Since 2011, 14 American adults and seven minors have returned to the U.S. after traveling to Iraq or Syria to join extremist groups, Seamus Hughes said earlier this month, after Clark was captured.

Hughes, deputy director of the George Washington University Program on Extremism, tracks extremists and first identified Clark after his resume and application were found in a house in Iraq.

Nearly all of the adults have been disillusioned by their experiences, Hughes said, and those who have been convicted have received leniency for offering information on ISIS.

At least five Americans have been picked up on the battlefield, but Hughes and his team have identified more than 70 adults, mostly U.S. citizens or legal residents, who traveled to the region to join ISIS or other extremist groups since the outbreak of civil war in Syria more than seven years ago.

Clark crossed into Syria from Turkey in June 2015, aware of the group’s reputation for beheadings, he told NBC News earlier this month. He said he wanted to “see what the group was about.” He was drawn to ISIS out of curiosity over its ideology, he said.

Clark claimed he never fought for the group and was detained nearly a dozen times after he refused to take up arms. Each time, he said, he was let go and was not abused. He admitted that he had sought work as a teacher.

“I was living in Mosul at the time and I needed a way to support myself,” he said.

The FBI has said about 300 Americans have left or tried to leave the U.S. to join ISIS.

“The FBI continues to aggressively pursue individuals who attempt to join the ranks of ISIS’s foreign fighters or try to provide support for other terrorist organizations,” said Perrye K. Turner, special agent in charge of the FBI’s Houston field office, who was quoted in the Justice Department statement.

Turner called on the public to contact federal law enforcement officials with any information about people traveling or attempting to travel to join or support groups like ISIS.