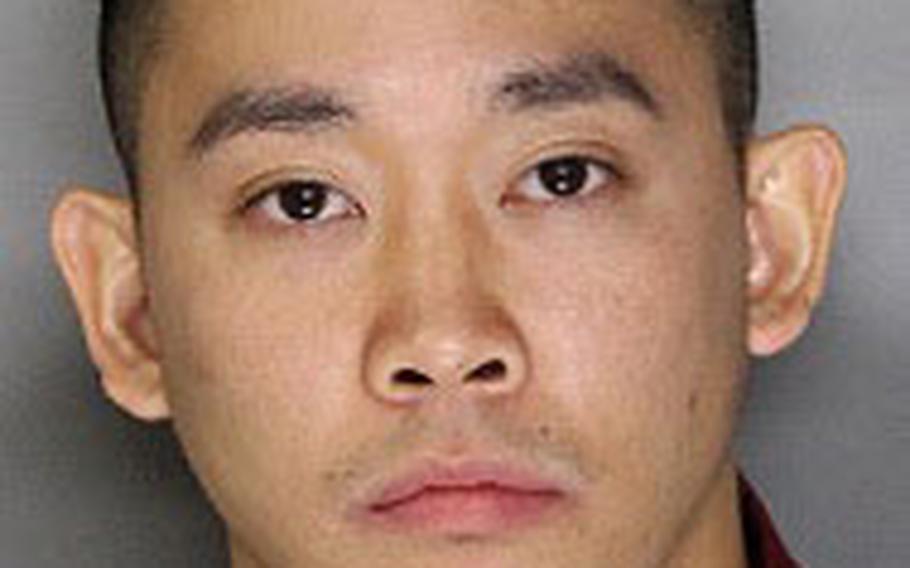 WASHINGTON — Police have arrested a 28-year-old man and charged him with attempted murder in the Oct. 8 attack on a U.S. airman who was hailed as a national hero for his role in thwarting a terrorist attack this summer on a Paris-bound train.

James Tran was arrested Wednesday morning in Elk Grove, Calif., nearly a month after Air Force Staff Sgt. Spencer Stone was stabbed three times during an alcohol-related altercation between two groups outside a popular bar district. The 23-year-old required emergency surgery and spent a week in a local hospital.

Sacramento police, in a statement, said detectives interviewed several witnesses and received information from the community that led to Tran being identified as a suspect. Police have said they were seeking two suspects in the incident that was captured on grainy surveillance video and appeared to show Stone fighting off several attackers.

Sacramento police Chief Sam Somers Jr. described Tran as “the instigator” in the brawl. During a news conference Wednesday, he said the fight began as a verbal argument after one of the groups videotaped the other. Eventually the two groups separated, Somers said, but Tran later re-engaged with Stone and the fight escalated.

Police are continuing their investigation, the statement said.

In August, Stone, of Carmichael, Calif., and two of his childhood friends — Army Spc. Alek Skarlatos and college student Anthony Sadler — were vacationing in Europe when they took down a gunman with ties to Islamic extremism and thwarted a terrorist attack.

Stone suffered a cut thumb and other injuries in stopping the train attack. He was later honored by the French government and at the Pentagon for his actions, receiving the Purple Heart medal and the Airman’s medal, the Air Force’s top honor for non-combat valor.

Last week. the Air Force promoted Stone to staff sergeant in a brief ceremony at Travis Air Force Base, just outside Sacramento, where he is stationed.

With information from The Associated Press.