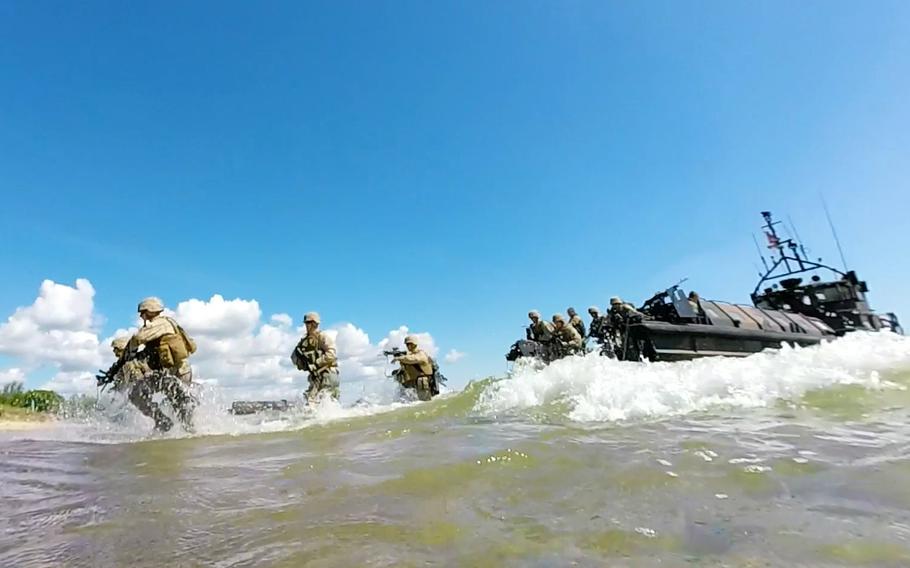 WASHINGTON — An international survey has found widespread public misconceptions about military spending in the U.S. and four of its allies, with most respondents believing their governments spend far more on defense than they actually do.

The findings by the global market research company Ipsos explain in part why increasing defense spending is a political hard sell, especially in Western Europe, despite growing threats from the Islamic State and a resurgent Russia.

During a survey conducted between April 24 and May 8, Ipsos asked 1,000 people each in the United States, France, Canada, Australia and Britain to guess how many tax dollars, euros or pounds went to their military out of every 100 currency units spent by their government.

Chris Jackson, a spokesman for Ipsos, said the main reason for the disparity was probably the political “drumbeat that we are spending a lot of money on defense” at a time of global economic strains and competition for tax money from social programs, education, infrastructure and other pressing needs.

“That is true but it doesn’t take into consideration what governments are actually spending across the board,” Jackson told Stars and Stripes.

With voters believing that their governments are shelling out more on their armed forces than they are, it’s difficult to persuade them to spend even more on defense at the expense of public services.

A recent study by the European Leadership Network, a London-based think tank, found that of 14 NATO members, only the United States and Estonia had surpassed the threshold of 2 percent of gross domestic product that every alliance member pledged as a goal for military spending.

U.S. officials have expressed special concern about the future of Britain’s defense capabilities because of deep spending cuts, which the Royal United Services Institute, a respected think tank, believes could shrink the regular British army to about 50,000 by 2019, about half the size in 2010.

In the U.S., Defense Secretary Ash Carter has warned that continuing defense spending cuts in the United States were resulting in “corrosive damage to our national security.”

Gen. Martin Dempsey, chairman of the Joint Chiefs of Staff, has warned that if the Pentagon has to comply with current spending limits, it could force a 20 percent reduction in the size of the U.S. armed forces in coming years.