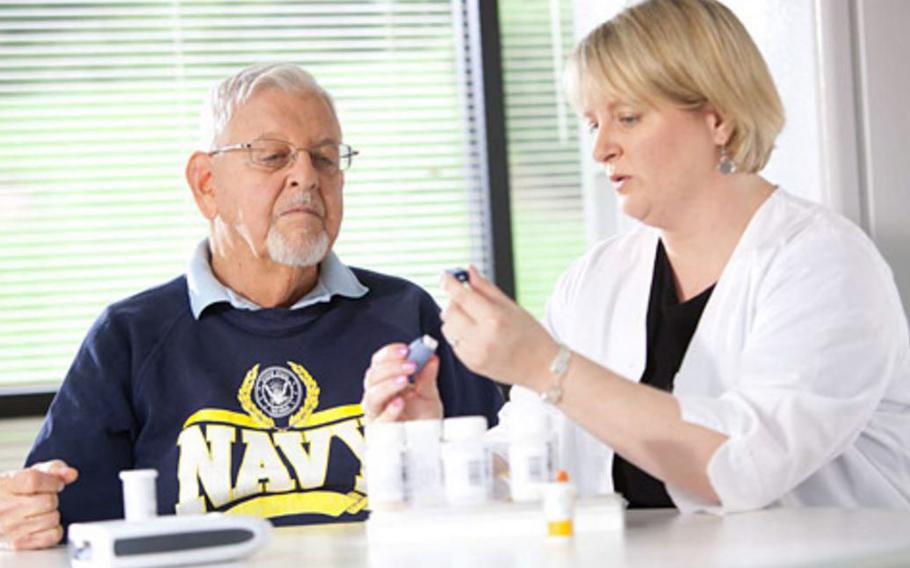 WASHINGTON — Federal health care reform proposed by Republicans in Congress would increase the number of aging, sick and low-income veterans without insurance and put pressure on an overburdened Veterans Affairs system, according to a study released Thursday.

In 2013, while the Affordable Care Act that passed in 2010 was still being implemented, 9.1 percent of veterans under 65 were uninsured. That fell to 5.8 percent by 2015 – a drop attributed to Medicaid enrollment facilitated by the ACA. A repeal would reverse those gains, and the recently proposed GOP policy would lead to more veterans losing insurance than gained coverage under the ACA, according to the study by policy researcher Rand Corp.

Some of those veterans would turn to the VA for health care, adding stress to those facilities, said Michael Dworsky, a Rand economist and the study’s lead author.

“There may be concern over the spillover effects we estimated because, in some places, the VA system has had issues with capacity,” he said.

Anticipating a GOP effort to repeal and replace “Obamacare,” Sen. Sherrod Brown, D-Ohio, questioned now-VA Secretary David Shulkin in February about whether the agency could handle a surge of new patients if Republicans were successful. Shulkin -- a nominee for the Cabinet position at the time -- insisted the VA was up to the task.

“Well, that’s why the VA is here and that’s our mission,” Shulkin answered. “So we will do everything that we can if there is an influx of veterans into our system.”

Many veterans who would lose coverage wouldn’t be eligible for VA health care. Rand estimated that in 2015, only 56.8 percent of veterans under 65 would qualify for VA care. Some eligible veterans already use a mix of health care options, including those who live far from a VA facility. They rely on Medicaid for at least part of their care, the study found.

Consider optionsRand initiated the study in March, after the House introduced the American Health Care Act to repeal and replace major parts of the ACA. The House passed the legislation May 4. In the Senate, an amended version of the legislation, the Better Care Reconciliation Act, collapsed July 17.

But the GOP effort to undo the ACA continues.

On Wednesday, senators introduced competing health care reform plans. Lindsey Graham, R-S.C., and Sen. Bill Cassidy, R-La., proposed legislation to do away with ACA mandates and many of the subsidies that help low- and moderate-income Americans afford coverage. Instead, block grants to states would be used to help people pay for insurance. President Donald Trump applauded the senators in a White House statement.

“‘Obamacare’ has been a complete nightmare for the many Americans who have been devastated by its skyrocketing health care premiums and deductibles and canceled or shrinking plans,” the White House statement reads. “As I have continued to say, inaction is not an option, and I sincerely hope that Senators Graham and Cassidy have found a way to address the ‘Obamacare’ crisis.”

Also on Wednesday, Sen. Bernie Sanders, I-Vt., proposed a bill to provide universal, government-run coverage. That wasn’t considered in the study. Rand researchers studied policies in the House’s American Health Care Act, but some of those have transferred to other GOP efforts – including the legislation that Graham and Cassidy introduced Wednesday, Dworsky said.

Rand says policymakers should consider the unintended consequences for veterans and the VA that are outlined in the study.

“We started this study in March, in part because we didn’t feel there had been enough discussion about potential spillover effects of ACA repeal for other federal programs like the VA health care system or specific populations like veterans,” Dworsky said. “That was one of our primary motivations for undertaking this research.”

Effects on vetsThe effects of GOP policies would be felt most in states that expanded Medicaid eligibility and are home to a higher population of low-income veterans. VA facilities in Arkansas, Kentucky and Louisiana would experience the biggest increases in demand, Rand says. VA facilities in Nebraska, Wisconsin and Wyoming – states that didn’t expand Medicaid eligibility – would be least affected.

Another policy change proposed by the GOP would allow states to alter essential benefits, including mental health care.

A U.S. Army study by Harvard Medical School, the National Institute of Mental Health and others in 2014 found the rate of major depression was five times higher among soldiers than Americans with no military service, and the rate of post-traumatic stress disorder was 15 times higher.

“We could see an insurance market where it’s more difficult to purchase individual market policies that have generous mental health coverage,” Dworsky said. “We know based on previous research that veterans have a higher prevalence of certain mental health disorders than nonveterans.” The findings, Rand said, are a starting point for understanding how current and future health care proposals could affect veterans.

“As the debate over the federal role in health insurance continues, a better understanding of the ways in which health insurance changes affect veterans’ health care utilization is essential,” the researchers wrote.