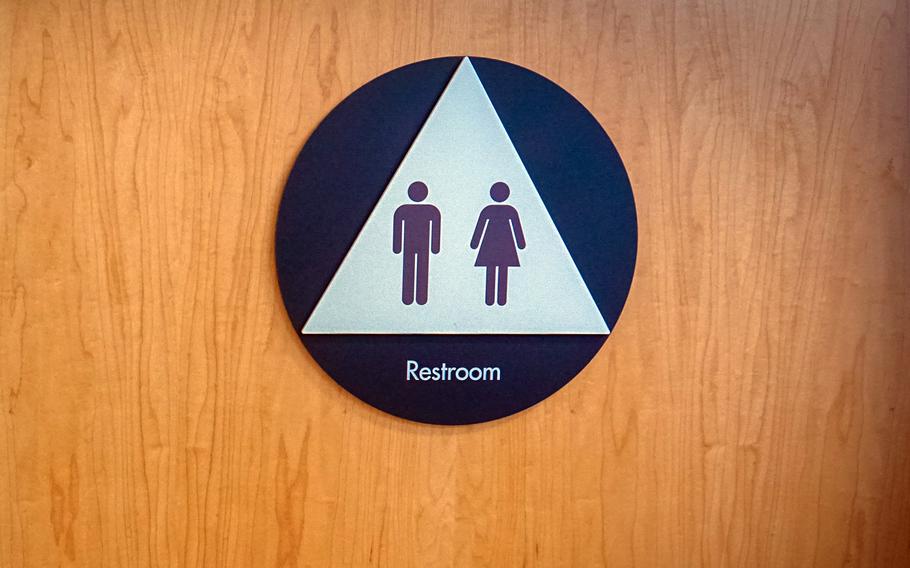 WASHINGTON — A study of Special Forces service members found that male and female troops hold drastically different views on gender-neutral bathrooms, with many men firmly opposed to them.

The study, titled “Maintaining Male Exclusivity: Porcelain Privilege in the Military,” was published recently in the journal Armed Forces and Society. Researchers at the University of Kansas conducted focus groups with members of the U.S. Army Special Forces about their thoughts on women integrating into combat roles. Researchers didn’t ask service members about bathrooms, but the issue kept coming up, they said.

“We weren’t focused on bathrooms originally, but they kept coming up, more than 300 times,” said Shannon Portillo, associate dean for academic affairs at the university’s Edwards Campus. “We were focused on larger questions of military integration, but we saw a stark gender difference on this topic. The results clearly showed men were concerned about continuing a sex-separated atmosphere.”

The researchers held 27 focus groups with a total of 198 participants at Fort Bragg in North Carolina and Fort Leavenworth in Kansas.

The study found that there is still resistance of women integrating into Special Forces positions. Bathrooms were often cited as a reason male service members were against the integration. Historically, researchers said, bathrooms have been used as a way to keep women out of certain workplaces, such as police stations, firehouses and Congress.

When male-dominated workplaces have been integrated, some workers attempted to fight back by “doubling down on the existing sexist culture,” said Alesha Doan, a professor in KU’s department of women, gender and sexuality studies. The researchers found this same dynamic in their study of service members.

“Men’s discomfort with potentially sharing toilets and team room spaces with women, in contrast to the women’s readiness for such conditions, is an indication that the underlying logic of sexism needs to be addressed,” the study states.

The study did not include or ask about transgender service members because it was conducted when transgender people were barred from military service, the researchers wrote.