Starting Thursday, nearly all privately owned firearms will be prohibited on Offutt AFB 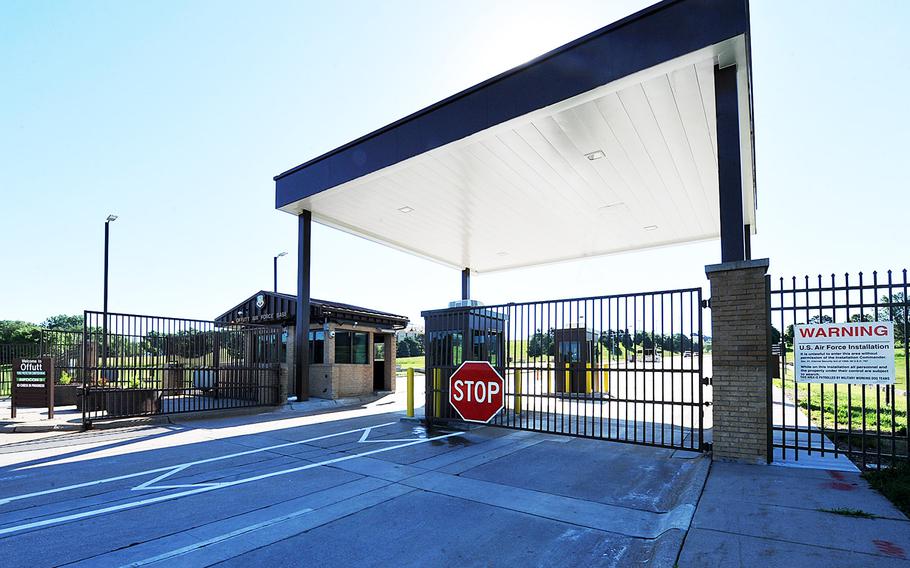 WASHINGTON — Privately owned firearms will no longer be allowed on Offutt Air Force Base beginning Thursday, in a change to the Nebraska installation’s gun policy announced after a review conducted by the 55th Wing commander.

The new policy prohibits almost all personal firearms from base, ending a regulation that allowed individuals with Defense Department identification and concealed carry permits issued by Nebraska or certain other states to access the post with guns that were locked in their vehicles. The base announced the decision by 55th Wing commander Air Force Col. Gavin Marks on Monday in a Facebook post.

“Beginning Jan. 2, 2020, the 55th Wing commander has directed that the transportation of privately owned firearms on Offutt Air Force Base, with few exceptions, will be prohibited,” the Facebook post read. “… The commander’s intent for this change is that firearms will be effectively controlled and safely handled on Offutt AFB and is reflective of the full confidence in the 55th Security Forces Squadron’s ability to defend the installation and its personnel.”

Marks implemented the review of firearms policies on the post after taking command in June. Offutt, just south of Omaha, is home to some 8,000 troops, including the 55th Wing and the headquarters of U.S. Strategic Command, which oversees the U.S. nuclear enterprise among other responsibilities.

The change comes less than one month after a pair of deadly shootings on U.S. military bases in the United States. The shootings occurred Dec. 4 and Dec. 6 at Pearl Harbor Naval Shipyard in Hawaii and Naval Air Station Pensacola in Florida, respectively. The first shooting was committed by a sailor on guard duty in Hawaii who killed two civilian contractors before fatally shooting himself with his M9 service pistol. The second shooting was committed by a member of the Saudi Arabian Air Force who was training to fly jets at Pensacola. The shooting in Florida left three dead before police killed the attacker. It is being investigated by the FBI as a potential terrorist act and has spawned a Defense Department review on its vetting process for foreign troops training in the United States.

Some in the military in recent weeks via social media have called for expanded rights of troops to carry personal firearms on bases in the wake of those shootings. Military troops are largely barred across U.S. installations from carrying guns outside of weapons issued for official duties, such as law enforcement or guard responsibilities. But the Pentagon in 2016 granted base commanders throughout the military great leeway in deciding what troops could be armed on U.S. posts following a review of policies launched after the 2015 shootings in Chattanooga, Tenn., at a Navy Reserve center and a Marine recruiting office that left four Marines and a sailor dead.

Offutt officials said the base’s new policy was the product of a review of the installations defense and anti-terrorism plans that Marks was required to conduct after taking command.

The policy does allow for certain exemptions. Individuals who work in military or civilian law enforcement with a federal Law Enforcement Officers Safety Act permit will be allowed to carry a personal firearm on post.

The policy announcement on Facebook was met largely with criticism from commenters on Offutt’s official page. Some commenters questioned whether the new policy would make the base less safe if it was targeted by a shooter. Others said they felt they would be less safe driving between their off-post homes and the base without a personal firearm.

“This is craziness. Are you going to pat down and car search every person who comes on base?” one commenter asked. “[Because] the wrong person can bring a gun anyway and now [only] a smaller portion of the good guys can defend themselves. Thanks a lot!”

Ryan Hansen, a spokesman for the 55th Wing, said individuals with Defense Department identification cards and concealed carry permits from Nebraska and reciprocating states could check a personal firearm at the installation's armory. To do so, individuals would be required to unload their firearm and place ammunition and the weapon in separate locked compartments before arriving at Offutt. They would then need to declare to gate guards that they had a licensed firearm in the vehicle that was properly stored and would be immediately checked at the armory, Hansen said.

He added Marks was aware of the negative responses on Facebook and appreciative of the feedback.

Marks "understood from the beginning this change could be viewed negatively and may inconvenience some," Hansen said. "However, he strongly believes in the policy change and feels it is in the best interest of Offutt Air Force Base."