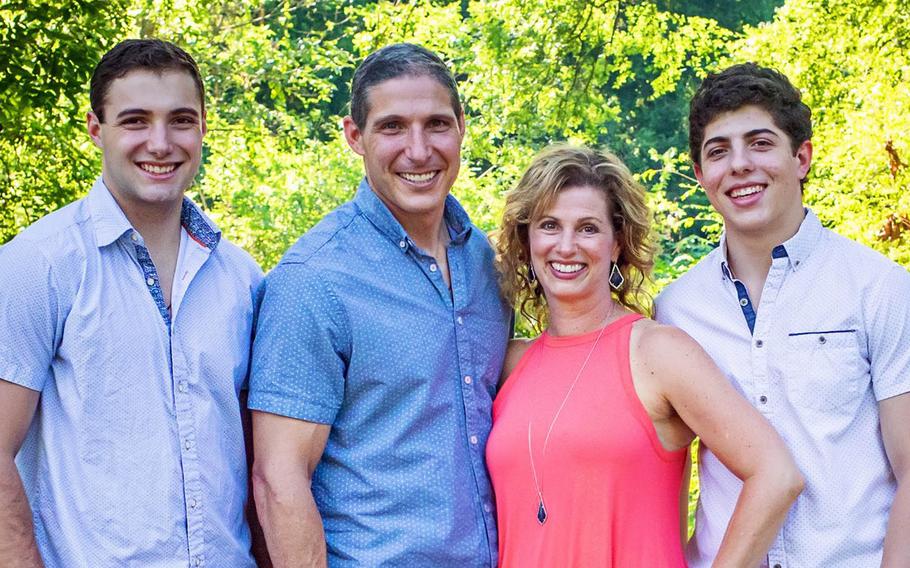 The first member of the Space Force to leave the Earth, Col. Mike Hopkins, poses with his wife, Julie, and sons Ryan and Lucas. (Julie Hopkins)

The first member of the Space Force to leave the Earth, Col. Mike Hopkins, poses with his wife, Julie, and sons Ryan and Lucas. (Julie Hopkins) 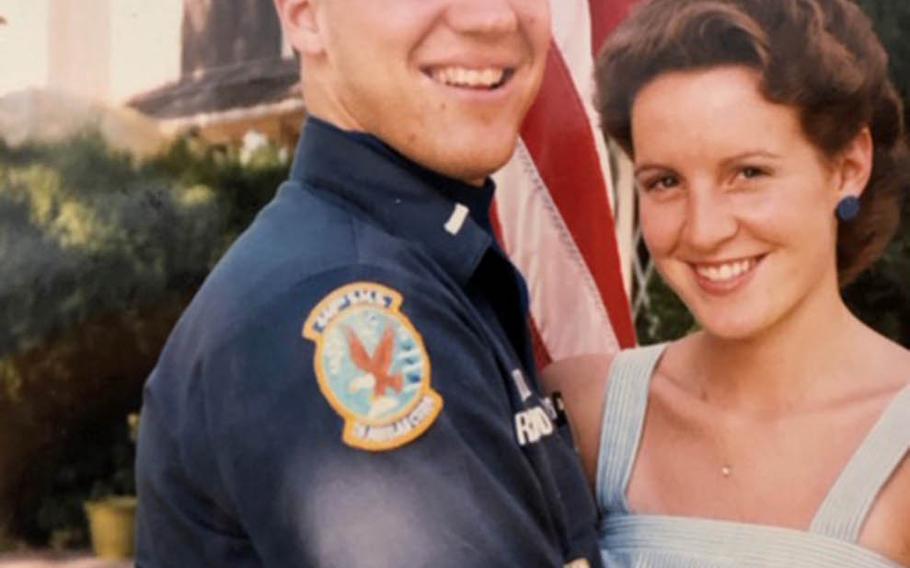 John and Mollie Raymond as a newly married couple. Gen. John Raymond became the first chief of space operations when the Space Force was formed on Dec. 20, 2019. (Mollie Raymond) 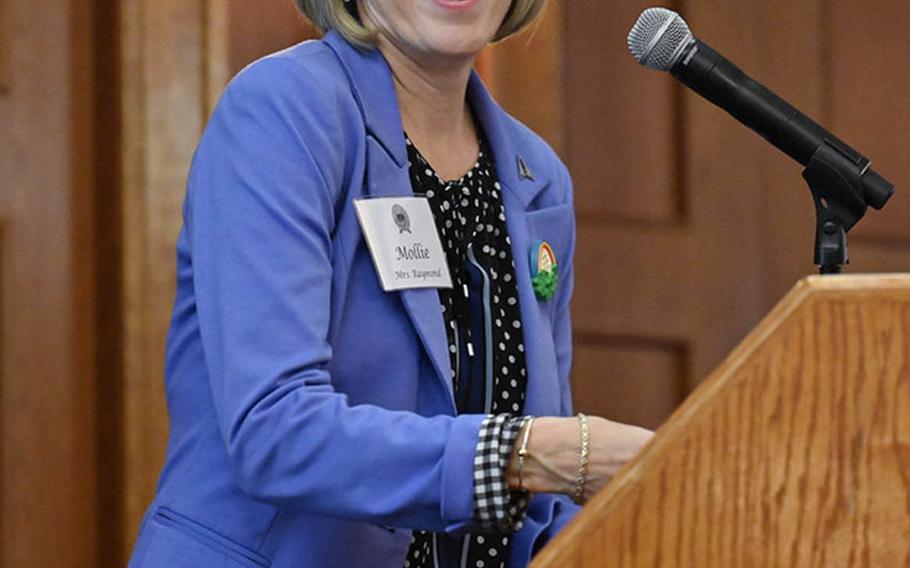 The half-year that Space Force wife Julie Hopkins has spent apart from her astronaut husband is something many military spouses can relate to.

Col. Mike Hopkins, 52, who transferred from the Air Force to the Space Force on the International Space Station in December, is due to splash down off the Florida coast in the SpaceX Crew Dragon Resilience in the next few days, weather permitting.

His wife is waiting in a state of nervous excitement at the couple’s home in Houston. Like other military spouses, she’s used to her husband taking controlled risks at work. And she’s experienced the other challenges of military life, such as frequent moves, service overseas and the struggle to find work.

Mike first rode into orbit in September 2013. His current mission began in November.

“As you get close to launch you are nervous because a lot of things have to go right,” Julie Hopkins, 51, told Stars and Stripes during a telephone interview Friday. “It’s very surreal until the engine lights. It’s a little scary but exciting.”

A fatal T-38 Talon jet crash at Edwards Air Force Base, Calif., while Mike was training there as a test pilot brought home the risks that service members take, she said.

Space Force guardians, like other troops, spend time away from family, but Mike Hopkins is the first to leave Earth on temporary duty.

“He can call me every day and I can email,” she said. “On weekends we do a private family video conference.”

The Space Force is making its own efforts to support space spouses, according to Mollie Raymond, wife of the Chief of Space Operations Gen. John “Jay” Raymond.

An Air Force wife almost 33 years before the Space Force came into being in December 2019, Mollie Raymond has been holding online meetings with Space Force spouses to provide them with information on employment and other challenges, she said during a phone interview April 20.

Raymond has experienced her own struggles since becoming an Air Force wife in 1987. When the couple made their first move, to Vandenberg Air Force, Calif., she worked at an auto hobby store, something she admits she was unqualified for, before an eight-year career in marketing and time as a stay-at-home mom of three.

The Space Force, as a young service with 5,000 guardians and 11,000 civilians, is building a family-friendly culture, Raymond said.

“It’s a quality of life issue and a retention issue,” she said. “Our spouses aren’t only underemployed; they are overqualified for many jobs.”

Department of Defense programs such as Military OneSource and the Military Spouse Employment Partnership are useful resources, Raymond added.

The Military Spouse Employment Partnership connects spouses with hundreds of employers who have committed to recruit, hire, promote and retain military spouses.

It has been easier for Julie Hopkins, a registered nurse, to find work than for most military spouses, she said.

However, she had to re-take boards as a nurse during an assignment in Canada and didn’t work while based in Italy due to the language barrier. It’s been tough to get promoted or save for retirement due to frequent moves, Hopkins said.

Astronauts aren’t the only Space Force guardians who spend time away from family. The service has some remote ground stations such as Diego Garcia in the Indian Ocean, Raymond said.

“The challenge is to stay connected,” she said. “It’s important to build your support community where you are and reach out to others in the same situation.”

Military spouses often have a lot on their plate, Hopkins said.

One of her sons, Lucas, 19, is studying statistics at the University of Notre Dame while her oldest, Ryan, 22, was due to commission as an Air Force officer on Friday, she said.

There is a lot of support for military spouses, probably more than most realize, said Hopkins, who plans to give her husband a “big hug” when he gets home.

“Everybody (in the military community) can relate to how you are feeling,” she said she would tell new spouses. “Everybody is away from home and their family (but) it is an adventure.”

The idea of Space Force spouses blazing a trail was echoed by Raymond.

“I’m excited for our Space Force families to be a part of something new and watch a service grow and evolve,” she said.