Sgt. Maj. Troy Black selected as the next sergeant major of the Marine Corps 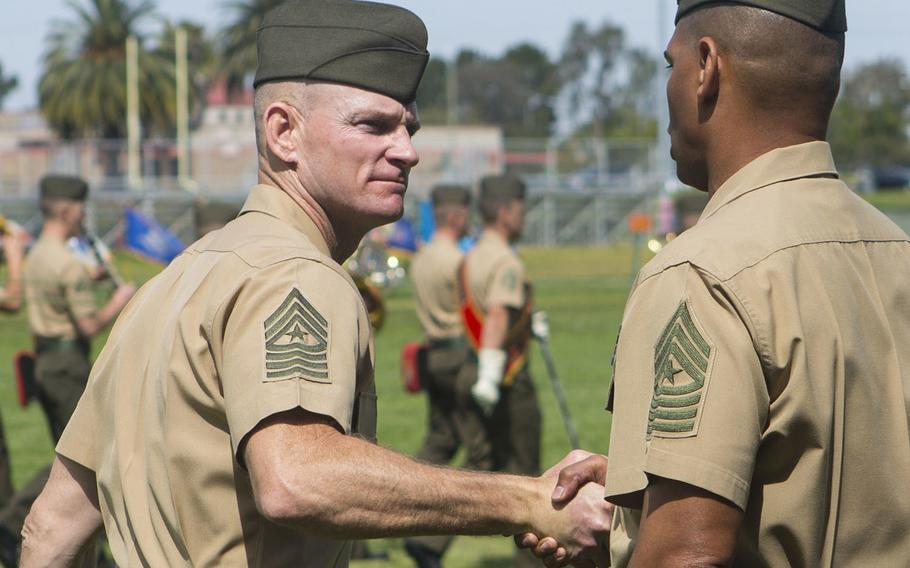 WASHINGTON — Sgt. Major Troy E. Black has been selected as the 19th sergeant major of the Marine Corps, the service announced Thursday.

Black will replace Sgt. Maj. Ronald L. Green during a ceremony later this year. Green, who has served in the Marine Corps for 35 years, will retire after the ceremony.

The sergeant major of the Marine Corps is the senior enlisted adviser to the commandant and serves a four-year term.

Originally from Louisville, Ky., Black, 50, has been the sergeant major for manpower and reserve affairs since 2017. He enlisted in the Marine Corps in 1988, and he was sent to infantry school at Camp Geiger, North Carolina to be trained as a machine gunner. He has deployed multiple times throughout his career, including in support of Operation Desert Storm/Desert Shield, Operation Iraqi Freedom, and Operation Enduring Freedom, according to the Marine Corps.

Black has also served as the sergeant major of the Officer Candidates School, the 11th Marine Expeditionary Unit and 1st Marine Logistics Group, according to the Marine Corps. His military awards include the Legion of Merit with gold star, the Bronze Star with combat distinguishing device, the Navy and Marine Corps Commendation Medal with combat distinguishing device and three gold stars and the Combat Action Ribbon with two gold stars.