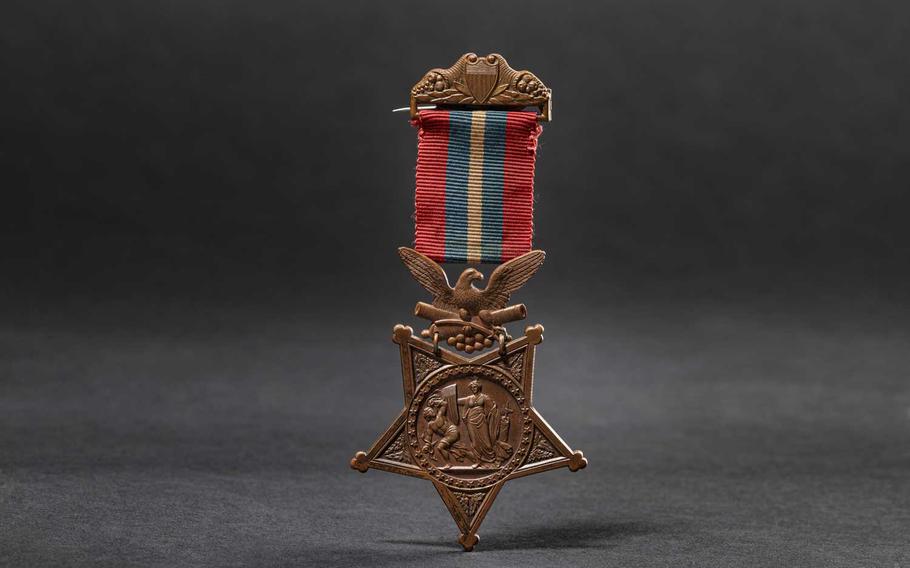 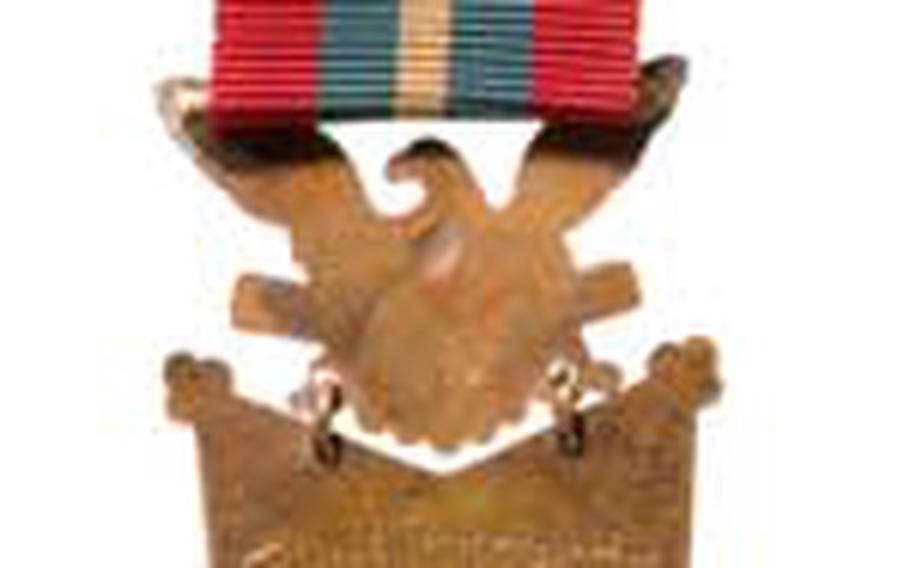 With an asking price of more than $3,200, a Medal of Honor — given to Pvt. Thomas Kelly in 1899 for his actions during the Spanish-American War — is listed online by a German auction house in a catalogue of more than 900 items described as “International Orders and Military Collectibles.” (Hermann Historica)

AUSTIN, Texas — A Medal of Honor awarded to an Army private from New York for his actions during the Spanish-American War is listed for sale Thursday at a German auction house and Sen. Ted Cruz wants the State Department to intervene.

With an asking price of more than $3,200, the Medal of Honor — given to Pvt. Thomas Kelly in 1899 — is listed online with the Munich-based Hermann Historica auction house in a catalogue of more than 900 items described as “International Orders and Military Collectibles.”

“The sale harms the dignity and honor of all recipients of the Medal of Honor,” Cruz, R-Texas, wrote Tuesday in a letter to Secretary of State Mike Pompeo, who is an Army veteran.

The Medal of Honor is the nation’s highest military award the senator noted selling military medals awarded by Congress is illegal. Federal law authorizes fines of up to $100,000 and a year in jail.

“In this context, I urgently call on you to work with the U.S.’s foreign partners, including with officials of the Federal Republic of Germany, to ensure the sale is suspended,” Cruz wrote.

A spokesperson with the State Department said their office does not comment on congressional correspondences.

Bernhard Pacher, the managing director of Hermann Historica, which specializes in military-related items, said Wednesday in a phone interview that he has previously sold four Medals of Honor and intends to sell this one as well.

“There’s nothing morally bad in selling a medal, even if it’s pointed out to me that it’s illegal in the U.S., because I’m not in the U.S.,” he said.

Pacher said he has already received two bids for the medal and expects Thursday’s sale to pull in about $5,000. A previous Medal of Honor sold for more than $7,400.

The seller, who wishes to remain anonymous, is an elderly man “looking to beef up his pension,” Pacher said.

“In general, there’s way less emotion here towards objects of historical value than there is in the United States,” he said.

The medal was awarded to Kelly “for gallantry in action at Santiago, Cuba, July 1, 1898,” according to the inscription on the back. Kelly, an Irish immigrant to New York City, fought in the Spanish-American War with Company H of the 21st Infantry, according to the medal’s description in the online auction catalogue.

Kelly participated in the Battle of San Juan Hill, as did President Theodore Roosevelt and the Rough Riders. The battle began June 22, 1898. The private earned the Medal of Honor for rescuing wounded from the frontlines of battle while under heavy enemy fire, according to his award citation listed with the Congressional Medal of Honor Society.

Kelly first joined the Army in April 1894 and served continuously until his death, including during World War I, said Laura Jowdy, an archivist and historical collections manager with the society.

The medal was awarded June 22, 1899 and features the original star design on a red, blue and yellow striped ribbon that was issued between 1896 and 1903, according to the auction catalogue.

“As a veteran yourself, I know you have a deep appreciation for the traditions of our military and the prestige of the Medal of Honor,” Daniels wrote to Pompeo. “I am hopeful you will use every resource at your disposal as our country’s chief diplomat to stop the sale of Private Kelly’s medal. The history of his bravery as well as the artifacts associated with it must be preserved here in our land to inspire future generations of American patriots.”

Pacher said he also received a letter from Daniels asking for Hermann Historica to cancel the auction and work with the museum to secure the medal’s safe return home.

“The safe return home costs a few bucks,” Pacher said, noting he will respond to Daniels and let him know he can buy the medal during the auction.

It is not illegal for the auction house to sell the medal to an American, but an American might have trouble bringing it into the United States, according to Pacher.

“I don’t understand the moral pressure to say please give it up,” he said. “The U.S. has billions of dollars for the military, but it doesn’t have $6,000 to buy back the medal? I see a certain contradiction in there. If it’s that valuable, it should be worth the price to pay.”

The live auction is set to begin at 10 a.m., local time, Thursday.