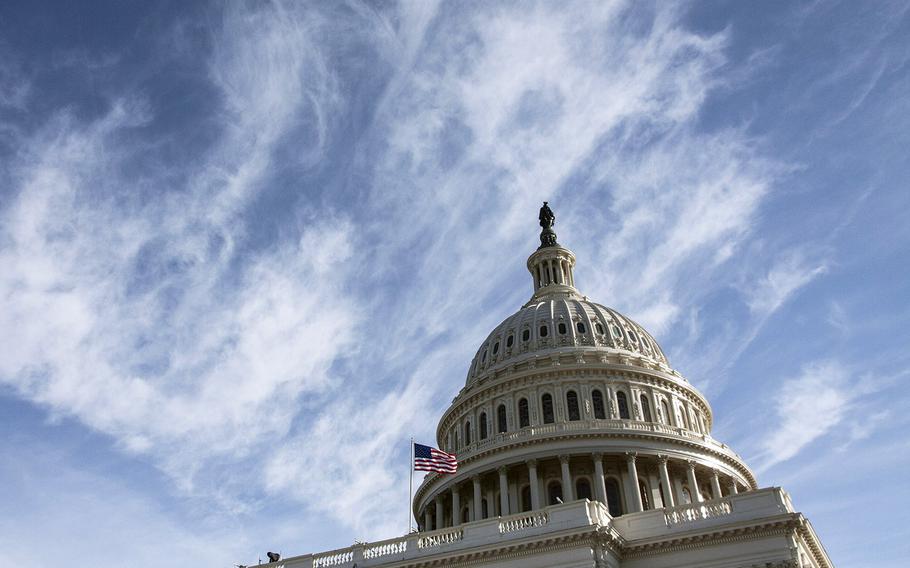 WASHINGTON — The Senate easily passed a $740.5 billion defense bill on Friday, just days after the House overwhelmingly approved the measure that President Donald Trump has vowed to veto.

The upper chamber voted 84-13 to approve the fiscal year 2021 National Defense Authorization Act, which sets annual spending and policy priorities for the Pentagon. Just as the House did in approving the measure 335-78 on Tuesday, the Senate reached the two-thirds threshold that it would need to overturn a presidential veto.

Trump has promised to sink the bill over its inclusion of a provision that would kick start a process to rename 10 southern Army bases honoring Confederate generals from the Civil War and its exclusion of a measure repealing federal protections for social media companies. Trump now has 10 days, excluding Sundays, to sign the bill into law or issue a veto. Congress would have to again vote on the measure to override a veto.

Among the critical measures included in the NDAA, the bill would authorize a 3% pay raise for troops, an increase of more than 5,000 military troops, and provide funding for a new initiative aimed at checking China’s military power in southeast Asia.

The passage marked the 60th consecutive year that Congress approved the defense bill before the end of the calendar year. Sen. Jim Inhofe, R-Okla., the chairman of the Senate Armed Services Committee, said the NDAA is among the few examples of bipartisanship in an increasingly divided Congress and signaled he expected a Trump veto to be overruled.

“It’s the most important bill we’ll do all year,” Inhofe said in a statement. “It’s what the Constitution tells us we have to do. We must protect freedom, democracy and peace, and support our troops. This is the heart of the National Defense Authorization Act and I look forward to it becoming law before the end of the year.”

Inhofe has been a Trump ally, but he has drawn the president’s ire in recent days over his refusal to include in the NDAA the repeal of Section 230 of the Communications Decency Act, which protects social media giants against liability for postings by their users. Inhofe has said he supports repealing Section 230 but balked at Trump’s 11th-hour insistence that it be tacked onto the unrelated defense bill.

Sen. Jack Reed of Rhode Island, the top Democrat on the Senate Armed Services Committee, praised senators for supporting the bill. He urged Trump to sign it into law.

“If he insists on trying to use our troops as pawns in his war on social media companies, it could needlessly disrupt military programs and operations,” Reed said Friday. “President Trump should refrain from blocking a raise for our troops because he is unhappy with what is trending on Twitter.”

Trump has not issued a veto threat over the NDAA since the House passed the law on Tuesday. The White House did not immediately return a request for comment Friday afternoon about his plans.

In addition to a military pay boost, increased force strength and the new $2.2 billion Pacific Deterrence Initiative, the bill also places new restrictions on a president’s authority to withdraw troops from Germany and Afghanistan. It also funds military training, new weapons systems and construction projects at bases across the world.