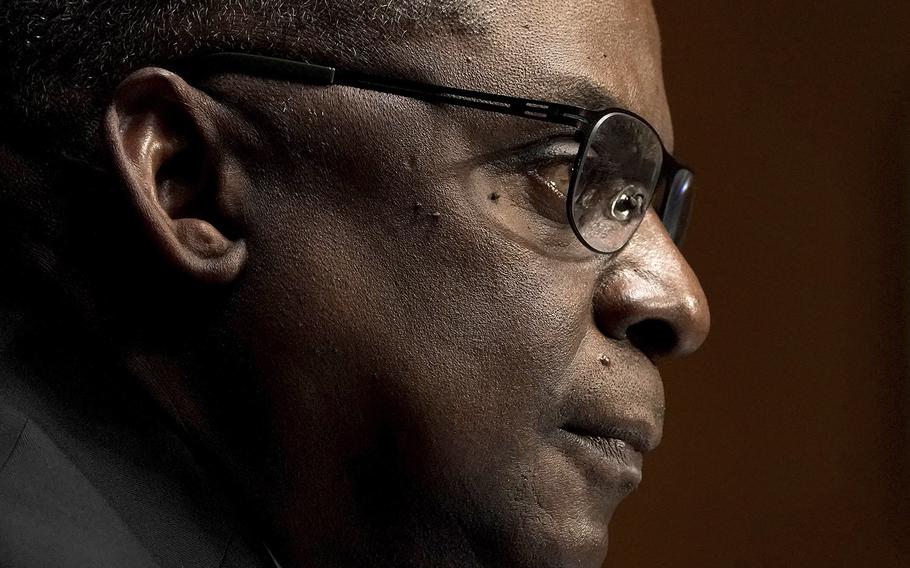 Retired Army Gen. Lloyd Austin on Thursday was granted a waiver by Congress overriding a law that mandates ex-military officers spend seven years out of uniform before leading the Pentagon. The waiver paves the way for his expected confirmation.

The House voted 326-78 to give Austin the needed waiver and the Senate followed shortly after, approving the measure with a 69-27 vote. A final Senate vote is anticipated Friday to confirm Austin as the nation's first Black defense secretary.

Austin, who retired in 2016 after 41 years in the Army, met privately with House lawmakers Thursday to assuage concerns over waiving the law prescribing the so-called “cooling-off period” for a second time in just four years. Former President Donald Trump’s first defense secretary, retired Marine Gen. Jim Mattis, was granted a waiver in 2017 to take the Pentagon’s helm.

President Joe Biden has pitched Austin, who he sought out for the role, as uniquely fit for leading the Pentagon right now. He has urged Congress to approve his pick as quickly as possible.

“Today the House sent a clear message: Secretary-designate Austin is an extremely qualified leader who should be swiftly confirmed by the Senate and assume the role of secretary of defense,” Smith said in a statement. “Our country faces a myriad of national security challenges, and President Biden deserves the cabinet of his choosing as his administration seeks to address these challenges.”

Senators from both political parties voted against to supporting the waiver, with several announcing they did so on principle, especially so closely on Mattis’ heels.

Among those who said they voted against the measure purely because Austin had not been out of uniform long enough were Sens. Tom Cotton, R-Ark., Tammy Duckworth, D-Ill., Richard Blumenthal, D-Conn., and Elizabeth Warren, D-Mass.

Cotton said Tuesday that he considered his decision to back Mattis’ waiver in 2017 “a mistake” and he worried granting a waiver once again would signal to the American public that the exception was now routine and only military officers have the national security expertise to lead the Pentagon.

Duckworth indicated she would likely vote to confirm Austin if the waiver is granted. She voted against the waiver for Mattis before voting to confirm him.

“My opposition to yet another waiver of federal law to allow Secretary-designate Austin to serve as secretary of defense has everything to do with restoring the bedrock principle of civilian control of the military and nothing to do with his qualifications or character,” Duckworth, an Army veteran, said Tuesday. “If my colleagues pass an exception to this statute, I remain committed to considering his nomination fairly and on its merits.”

Soon-to-be Senate Armed Services Committee Chairman Jack Reed, D-R.I., voted to pass the waiver and he said he would vote to confirm Austin. In 2017 after voting in favor of the waiver for Mattis, Reed said he considered it a “once-in-a-generation” exemption and he would not support future waivers.

However, he announced Wednesday that he would back Austin for the role, in part because of the former general’s credentials and his stated commitment to preserving civilian control of the military, a bedrock American principle.

Reed said he backed Mattis’ waiver because of Trump’s “inexperience and temperament.”

“That rationale seems almost quaint now considering the seismic forces we are currently facing,” Reed said in a statement. “After recent events, in depth hearings, and careful analysis, my questions have been answered and I believe Secretary[-designate] Austin is the right person to lead the Pentagon through a unique, complex, and unprecedented set of challenges.”

Sen. Jim Inhofe of Oklahoma, the Senate Armed Services Committee's top Republican, also backed Austin. Inhofe is expected to hand chairmanship of the committee to Reed in the coming days.

“After this week’s nomination hearing, I am very confident that Lloyd Austin will be a strong, capable civilian leader for the Pentagon at this critical time,” Inhofe said in a statement Thursday. “I’ve always said it’s critical to have Senate-confirmed leadership in place at the Pentagon, and I look forward to voting with the full Senate to confirm Austin as soon as we can.”

Mattis was only the second person to be granted the waiver of the 1947 law, which was intended to ensure civilian control of the military. George Marshall, a former five-star Army general was the other. He received it in 1950 to serve as defense secretary for former President Harry Truman during the Korean War.

A 1975 graduate of the U.S. Military Academy at West Point, N.Y., Austin commanded infantry units from platoons up and led soldiers in combat in Iraq and Afghanistan. He was the first Black commander of an Army division and corps in combat. He retired after leading U.S. Central Command in war efforts in Afghanistan, Iraq and Syria.

If confirmed, Austin would become the 28th defense secretary, and the first non-white Pentagon chief. He would take over a Pentagon facing numerous challenges. In recent weeks, the military completed withdrawals in combat zones that left Biden’s administration with 2,500 troops in Afghanistan, 2,500 in Iraq and few, if any, in Somalia.

He told senators Tuesday that his primary concerns included ensuring the military provided a robust deterrent to China, as the United States works to check its growing power in east Asia and ambitions worldwide.

He also vowed to increase military support to the fight against the coronavirus pandemic, telling senators that he believed there was more that the Pentagon could do to support efforts to stop the spread and distribute vaccines.

Austin on Tuesday committed to ensuring civilian experts were thoroughly involved in crafting Pentagon policy. He told lawmakers that he did not believe two additional years outside of uniform would change the way he thought about military and national security issues.