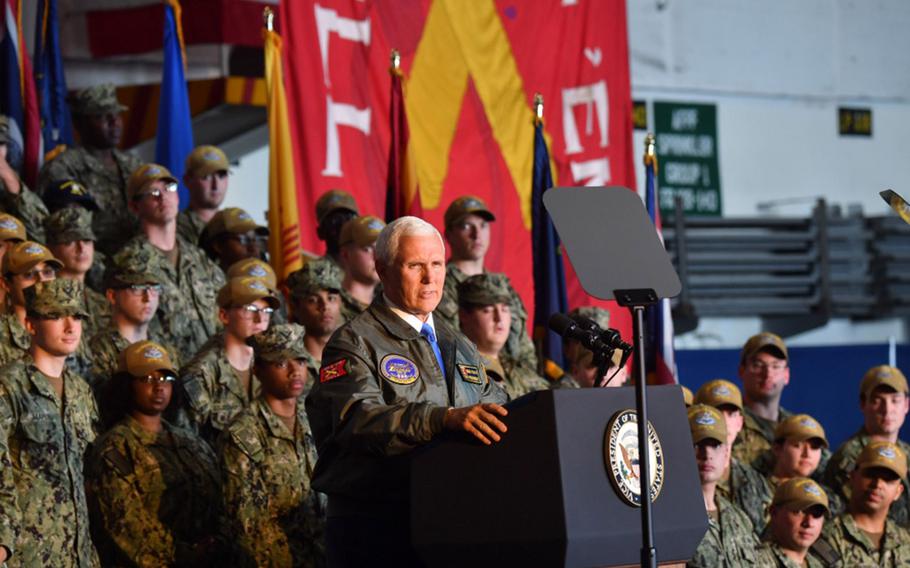 Brendan Ponton, who was on the scene for Virginia television station WTKR to report on Pence's tour and remarks aboard the ship, tweeted on Tuesday about the instructions the sailors were given.

“We can confirm that this statement was made by USS Harry S. Truman’s Command Master Chief to Truman’s Sailors, prior to the arrival of the Vice President,” Lt. Cmdr. Laura Stegherr told CNN in a statement.

She said the comment was "inappropriate, and this issue is being addressed by Truman's leadership."

The Navy's plan for the Truman calls for the ship to be decommissioned in 2024 when it would otherwise get its midlife refueling. But during his visit, Pence told sailors that the White House would keep the ship, a reversal of the administration’s earlier position.