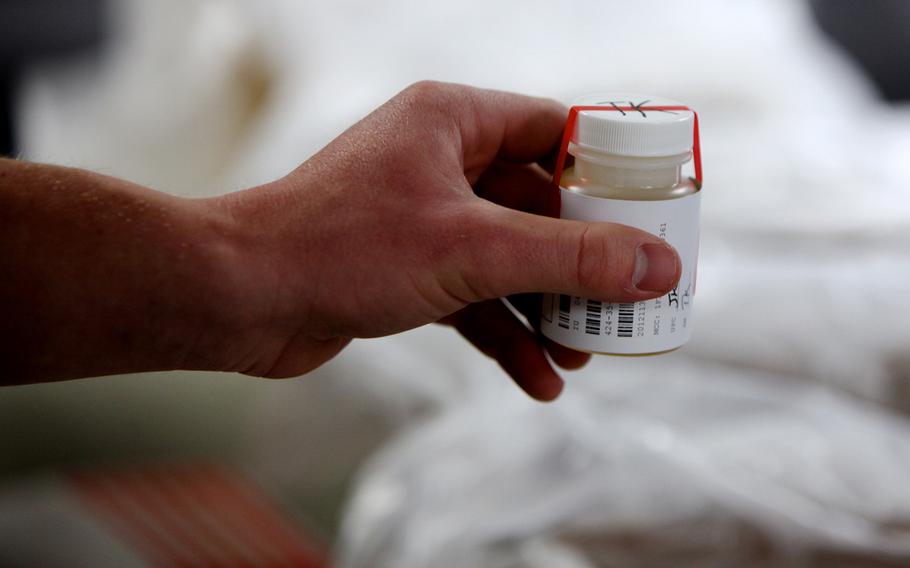 Urine samples were collected from personnel at Marine Corps Base Camp Lejeune, N.C., on Nov. 30, 2012. (Daniel A. Wulz/U.S. Marine Corps)

WASHINGTON — In an extreme attempt to prevent results from a urinalysis from being used against him, a sailor has been charged with setting fire to samples at a Virginia naval base.

According to the Virginian-Pilot, the fire was in a large, metal, cage locker that contained about 900 urinalysis samples and records and caused extensive damage.

Johnson is accused of setting the fire in order to prevent the results of his urinalysis from being used against him at an adverse administrative proceeding, which he believed would happen, according to the charge sheet.

His charges are “wrongful interference with an adverse administrative proceeding,” aggravated arson because he “willfully and maliciously” set a fire in a building knowing that a person was there, and giving a false statement to a Naval Criminal Investigative Service special agent.

Johnson has been assigned to Fleet Readiness Center Mid-Atlantic in Virginia Beach since July 2015, according to his service record. Originally from Pennsylvania, he enlisted in 2010 and served on the aircraft carrier USS Harry S. Truman.