Russia warns Sea of Azov off limits to US, NATO ship drills 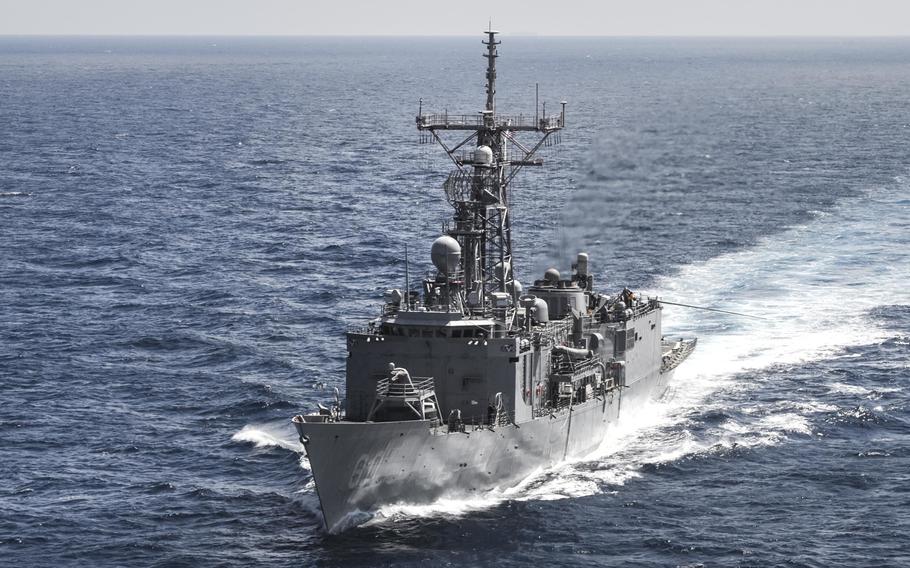 Russia says it will block any attempt by Ukraine to host military drills in the Sea of Azov, a strategic waterway where Kiev could soon be operating two newly acquired American warships.

Russian Foreign Minister Sergey Lavrov said a bilateral treaty with Ukraine prohibits military drills in the area around Azov without a green light from Moscow.

“Now Ukraine wants to hold NATO drills in the Sea of Azov but it will be impossible to go there because our treaty with Ukraine requires mutual consent for the passage of warships into the Sea of Azov,” Lavrov told French media on Thursday. “But they want this and they are being actively goaded into this.”

So far, NATO allies haven’t signaled any intention of sending ships into Azov or joining possible Ukrainian exercises there.

In recent months, tensions have ratcheted up between Russia and Ukraine over Moscow’s grip on the Kerch Strait, a passage that connects Ukraine’s ports to the Black Sea. Russia has delayed the transit of hundreds of commercial ships bound for Ukraine, which some security analysts say has put a strain on the country’s struggling economy.

The U.S. has denounced Russia’s stepped up patrols and taken steps to boost Ukraine’s military.

Ukrainian media also reported Thursday that Kiev was in talks with the U.S. to obtain surplus U.S. Navy frigates. The Oliver Hazard Perry-class warships would be transferred under the Pentagon’s Excess Defense Property program, which enables the U.S. to release unused weaponry to friendly nations. The financial terms of the potential deal are still being negotiated, Ukrainian media reported.

In the wake of Russia’s annexation of Ukraine’s Crimean Peninsula, Moscow has steadily built up its forces in the Black Sea region. In May, Russia opened a new 11-mile, $3.7 billion road and rail bridge over the Kerch Strait that connects Crimea to the Russian mainland.

Such moves have infuriated Ukraine, which plans to open a new naval base along the Sea of Azov in hopes of countering Russia in a crisis. Meanwhile, the rhetoric from Ukraine’s political leaders has intensified.

“We are getting ready to repel Russian aggression from sea in the Sea of Azov area. Powder should be kept ready,” Ukrainian President Petro Poroshenko said Sunday at a military ceremony in Kiev.