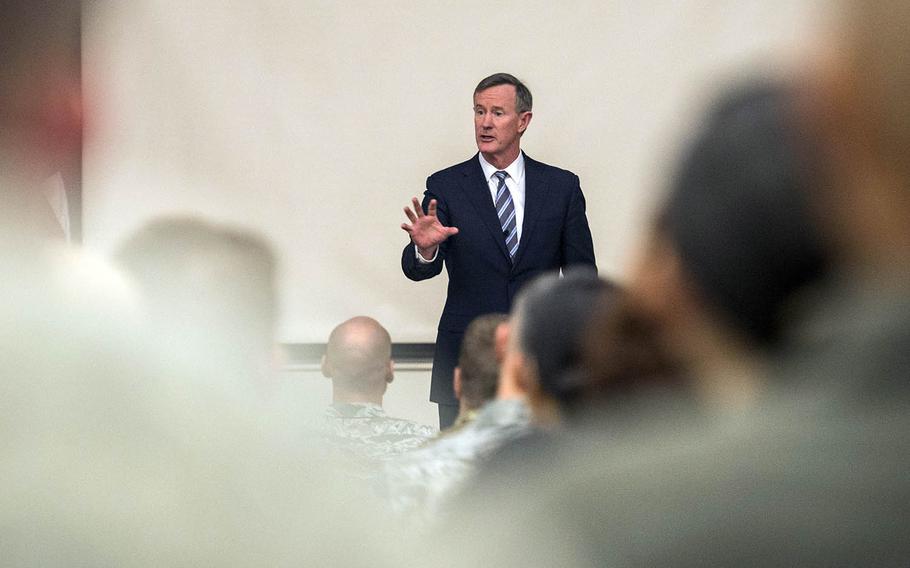 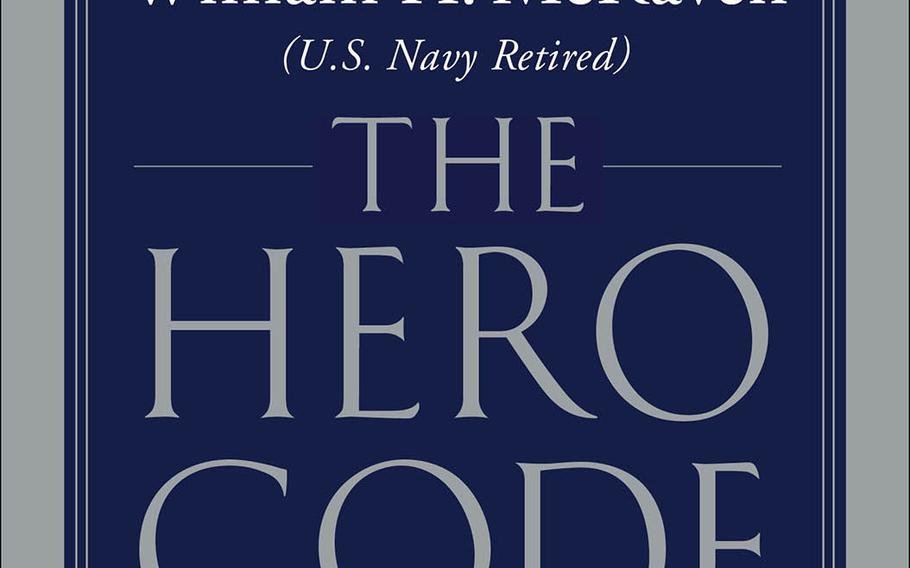 William McRaven, a former head of U.S. Special Operations Command, in a new book describes the “most gut-wrenching tragedy” he faced during his military career and the important lesson he learned from it.

In “The Hero Code,” McRaven recounts his experience with inspirational figures to illustrate a number of heroic virtues. In one of these examples, he describes the virtue of forgiveness after a tragic special operations mission in 2010.

Forgiveness “is never easy” but is particularly important in society today, McRaven said during a phone interview Monday with Stars and Stripes. Anger and the immediate desire to retaliate against an aggressor are undue burdens, he said.

“Today, society seems to be quickly aggrieved,” he said. “Every small slight seems to make people angry. And sometimes it’s easier to do something like charging into a burning building than to forgive somebody for a slight.”

McRaven, a retired admiral, worked at every level in special operations starting as a SEAL platoon commander, according to his Navy biography. As head of Joint Special Operations Command from June 2008 to June 2011, he oversaw the successful raid against al-Qaida leader Osama bin Laden in May 2011.

He left the Navy in 2014 after 37 years. A recognized voice on foreign policy and education, McRaven from 2015-2018 served as chancellor, or chief executive, of the University of Texas System.

In his new book, he recounts a mission in Afghanistan to capture a Taliban leader that went “terribly wrong.” Several civilians, including two brothers and a sister, were killed. The brothers fired on the U.S. troops, thinking they were members of the Taliban, and were killed in an exchange of gunfire. The sister was shot through a door by a U.S. soldier, McRaven wrote in “The Hero Code.”

“In all my time in the military, it was the most gut-wrenching tragedy I had faced,” he wrote.

Several weeks later, McRaven visited the siblings’ father to ask for forgiveness and to offer reparations. Prior to his visit, McRaven wrote, he wrestled with his own guilt.

“I had no idea how the old man could forgive me,” McRaven wrote in his book. “Had it been me, the hatred would have been too deep to reconcile with anyone even remotely responsible for my children’s death.”

After a lengthy apology to the father, McRaven told him that despite their differences in upbringing, the two of them shared a common trait.

A surviving son who was also at the meeting conferred with his father and spoke on his behalf.

“Thank you very much,” the son replied to McRaven. “We will not keep anything in our heart against you.”

Through the Afghan father McRaven found a “renewed sense of forgiveness,” he wrote.

“I prayed that the time would come when I could be as merciful to someone else as the father had been to me,” McRaven wrote. “I hoped that someday I could be as good a man as he was.”