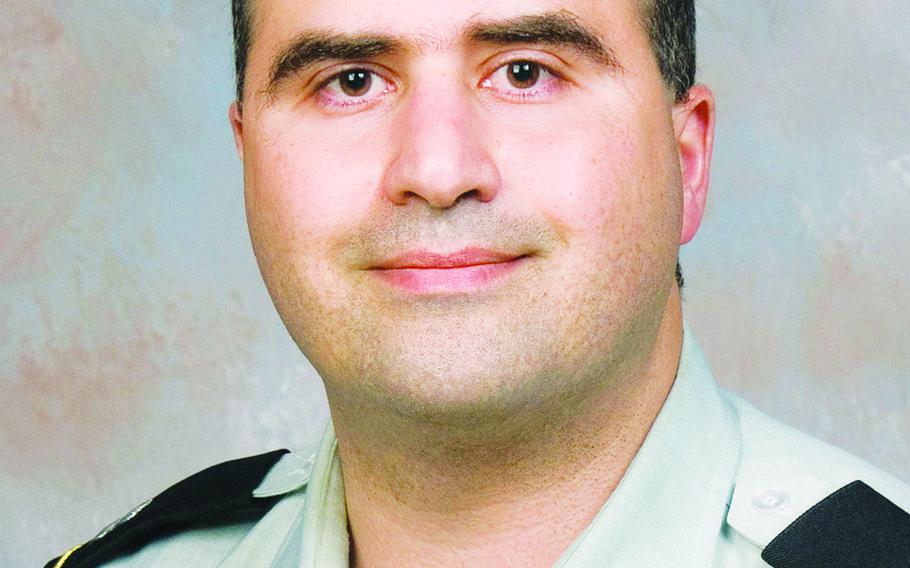 Maj. Nidal Malik Hasan when he undertook the Disaster and Military Psychiatry Fellowship program in 2007. (USUHS/AP) Master Sgt. Timothy Hennis and his wife, Angela Hennis, walk to the Fort Bragg, N.C., courthouse for his murder trial Thursday, April 8, 2010. Hennis was found guilty of the May 9, 1985, murder of Kathryn Eastburn and her two children. (Stephanie Bruce, The Fayetteville Observe/AP) 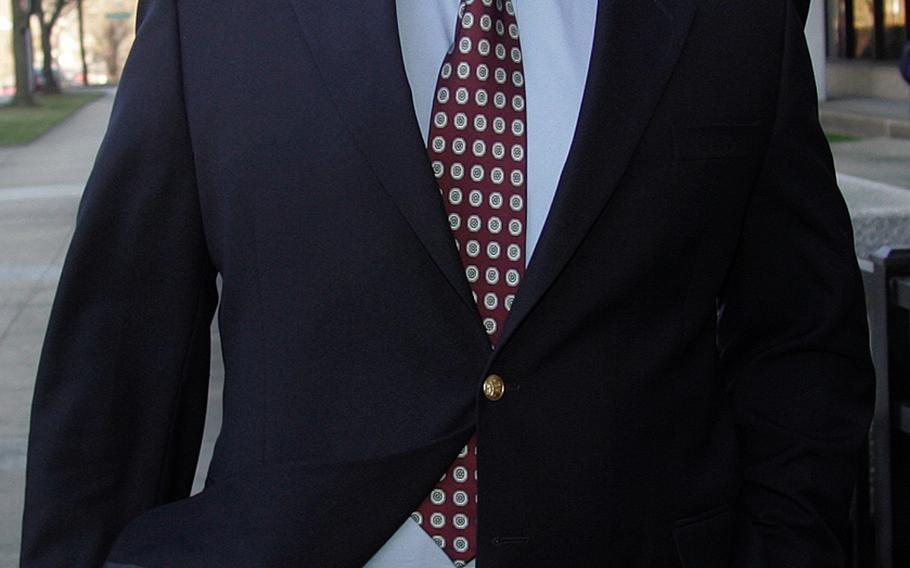 Master Sgt. Timothy Hennis leaves the Terry Sanford Federal Building and Courthouse after a federal hearing in Raleigh, N.C., on Friday, Feb. 26, 2010. Hennis was convicted in 1986 on state charges that he killed Kathryn Eastburn and two of her children. (AP)

The Trump administration’s plan to begin executing federal death row inmates for the first time in 16 years will have little effect on the four soldiers sentenced to death, military lawyers and the Army said.

They include Ronald Gray, a former cook who was convicted three decades ago of multiple rapes and four murders near Fort Bragg, N.C., and was scheduled to be executed in 2008. The case remains ongoing in Kansas federal district court, with no clear end in sight.

“The case is a procedural morass,” said Robert Dunham, executive director of the Death Penalty Information Center, a nonprofit that provides analysis and information on capital punishment.

All “are in various stages of legal action,” Army spokesman William Sharp said in an email. When and how those actions might conclude is unknown.

Presidents must approve the execution of those sentenced to death at court-martial, after receiving a recommendation from the secretary of the associated service branch. The Navy has not executed any of its members since 1849.

No military death row inmates have been put to death since 1961, when Pvt. John Bennett was hanged for raping and attempting to kill an 11-year-old girl.

The last execution of inmates on the federal death row, now holding about 60 prisoners, was during the Bush administration in the early 2000s, after a 40-year hiatus. The executions by lethal injection included Oklahoma City bomber Timothy McVeigh; a drug kingpin; and a retired Army Ranger who’d raped and murdered a young airman he’d kidnapped from a Texas air base.

“Nobody has been in a rush to get these cases through the system,” said Eugene Fidell, a professor at Yale Law School. “We have not had presidents who have gone out of their way to empty the federal death rows.”

Resuming federal executions could have “a slight impact” on the military system, said retired Lt. Col. Jeffrey Addicott, a St. Mary’s University, Texas law professor in favor of the death penalty. “But it’s more window dressing than anything else. The appellate process in both systems is broken.”

President Donald Trump is a death penalty proponent who has called for making more crimes eligible for the sentence.

“President Trump has never given any reason to believe he opposes the death penalty; quite the reverse,” Fidell said. “So I don’t believe he would veto any military execution unless the accused could point to some act of valor, which I don’t believe any of the current crop of military capital convicts can do.”

In May, he granted a full pardon to former Army 1st Lt. Michael Behenna, who spent five years in prison after being convicted of murdering an Iraqi man in custody in 2008.

Trump has also made statements in support of Maj. Mathew Golsteyn, a Green Beret charged in the 2010 killing of a Taliban bomb maker.

The plan to resume federal executions comes at a time when public support for the death penalty — at 54% in favor — is at its lowest point in decades, according to the Pew Research Center.

The reasons for the decreasing support include the 156 people have been exonerated from death row since 1973, raising concerns about executing innocent people. Other arguments in opposition include substandard trial lawyers, geographic disparities in its application and disproportionate numbers of minorities sentenced to death.

Thirteen servicemembers condemned to death over the past three decades have been re-sentenced to life in prison, usually after appellate courts found errors conducted in their courts-martial.