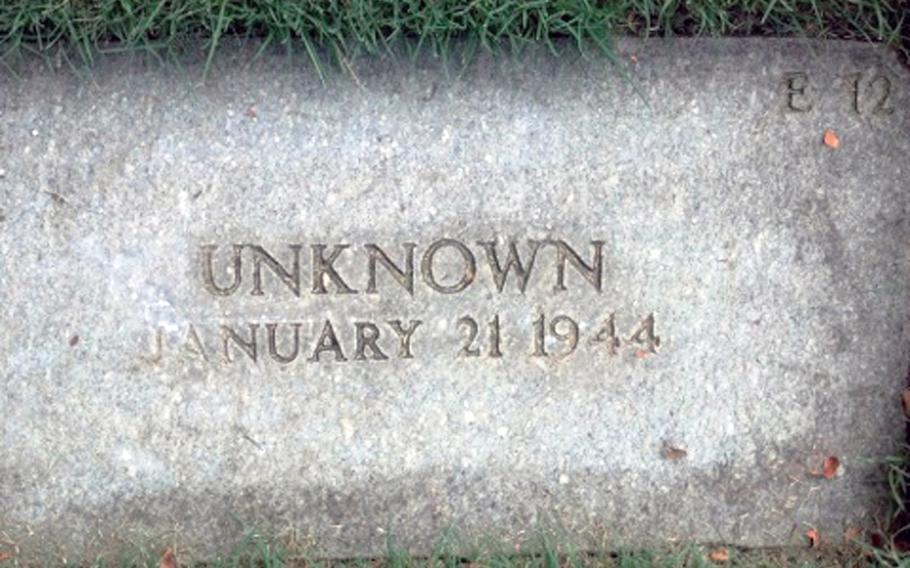 A grave marker at the Punchbowl in Hawaii. (Photo Courtesy of Rick Stone)

Four POW/MIA family groups representing every conflict back to World War II have banded together to express their displeasure with the Defense Department’s current personnel accounting reorganization and have asked Congress to step in again.

Former Defense Secretary Chuck Hagel announced the shakeup of America’s personnel accounting agencies a year ago. The reorganization, which combined JPAC and DPMO into the Defense POW/MIA Accounting Agency, has cost more than $7 million with few concrete changes and little transparency, according to the groups. In January, Rear Adm. Michael Franken and Maj. Gen. Kelly McKeague were named to helm the new agency in the interim in a move that the groups say came as a surprise. McKeague was the last commander of JPAC and many blame him for its dysfunction.

The groups have accused DOD officials and the new agency’s leadership of adopting a “dictatorial attitude,” according to the statement.

The groups have called for a Congressional investigation into the reorganization process and their lack of a continuing role in it, and the money spent.

“We unite to voice our extreme displeasure and frustration at the current turn of events in the process to reorganize the POW/MIA accounting effort,” the groups said in their statement.

“Unless significant changes in policy, practice and attitude take place in the coming weeks, our membership will be FORCED to deal with a new organization that will be nothing more than a costly cosmetic change and the new POW/MIA accounting agency will be a failure before it is even fully operational. … Our missing servicemen and their families deserve better.”

The reorganization effort started in earnest, but began to unravel in June with the departure of a key DOD official, according to Lisa Phillips, president of WWII Families for the Return of the Missing.

Under Secretary of Defense for Policy Christine Wormuth joined the process, working with other Defense officials, the family groups, the Personnel Accounting Consolidation Taskforce and DOD consultants.

“The families finally had the opportunity to discuss where things had gone wrong in the mission and were thankful that we could be part of the mission to correct the past mistakes and to work jointly with the Department of Defense in a positive, joint effort,” Phillips wrote to Stars and Stripes.

Things appeared to be progressing smoothly, the groups said, until members voiced opposition to JPAC and DPMO leadership being included in integral positions within the new agency.

In October, Hagel and Wormuth told the family groups that the reorganization had lost momentum, and the process would be put on hold. The groups were kept from engaging with defense officials or consultants during that time, Phillips said. Requests for meetings with Defense officials were denied, she said.

However, another POW/MIA group – the Vietnam-focused National League of POW/MIA Families, led by Ann Mills-Griffiths – met with Wormuth. The other groups were told of the meeting and believe it’s an example of unfair treatment that has plagued the process.

Franken responded broadly to the groups’ concerns: “We continue to be completely transparent about the steps we are taking to move this organization forward. We host biweekly discussions with a number of national and grassroots stakeholders to encourage feedback, answer questions, and provide information to these organizations that care very much about this issue and who can use their broad reach to amplify our message.”

The task force and working groups were terminated in October, according to the League’s website. Management consultants The Clearing stopped working with families, and the results of all of these efforts have not been made public.

Since the leadership announcement last month, the groups say they were threatened with exclusion from the process because of their vocal criticism of the stalled process and asked to provide financial information and membership lists. Currently, the groups are not involved, Phillips said.

Deputy Assistant Secretary of Defense for Community and Public Outreach Rene’ Bardorf responded but did not address specific allegations.