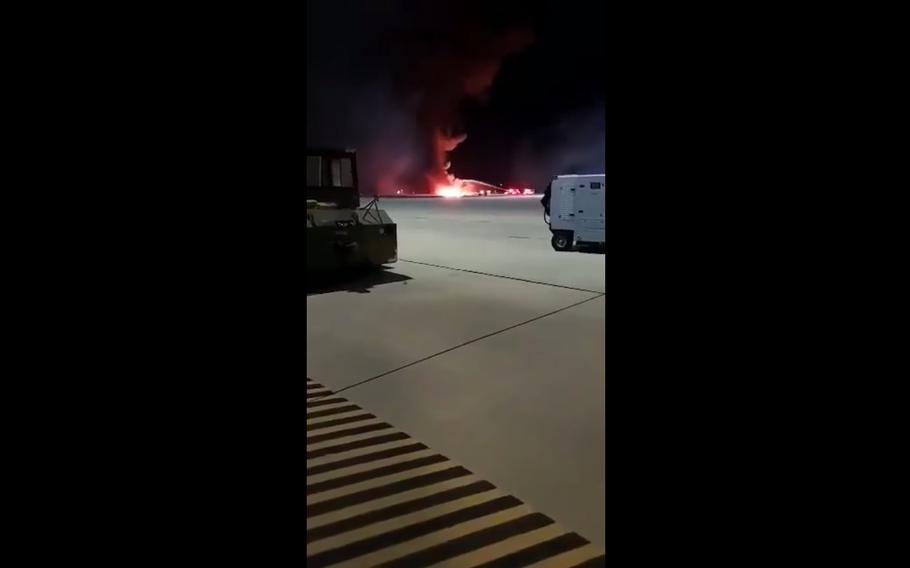 This screenshot from a video posted to Facebook shows the Air Force F-16CM Fighting Falcon that crashed late Tuesday during “a routine training mission” at Shaw Air Force Base, S.C. (Facebook)

The pilot of an Air Force F-16CM Fighting Falcon was killed following a crash late Tuesday at Shaw Air Force Base, S.C.

The jet, which was assigned to the 20th Fighter Wing and had only the pilot on board, crashed at approximately 11:30 p.m., according to a statement posted after midnight Wednesday on the base’s official Facebook page.

The pilot’s name is being withheld until 24 hours after family is notified, according to a later statement announcing the death.

“We ask for your patience and to avoid speculation until we release more information,” the statement said.