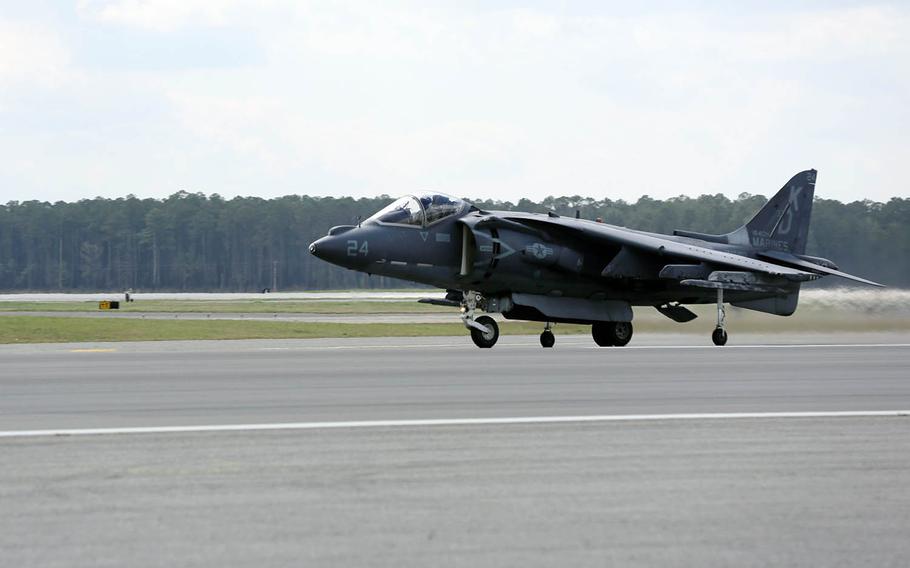 An AV-8B Harrier from Marine Corps Air Station Cherry Point crashed Monday near Havelock, N.C., according to a statement from the 2nd Marine Aircraft Wing. The pilot ejected safely and was taken to Carolina East Medical Center in New Bern for further evaluation, the statement said. There were no reports of civilian casualties or property damage. Emergency crews were called to the scene at about 6:15 p.m., according to ABC News affiliate WCTI. A fire from the crash was extinguished, the report said. “Personnel from 2nd Marine Aircraft Wing responded to the scene and assisted the Havelock Sheriff Department, which initially responded to the accident location,” the Marine Corps statement said. The cause of the crash is under investigation, the service said.