Pandemic-era social media landscape eliminates barriers for US troops, but not without pitfalls 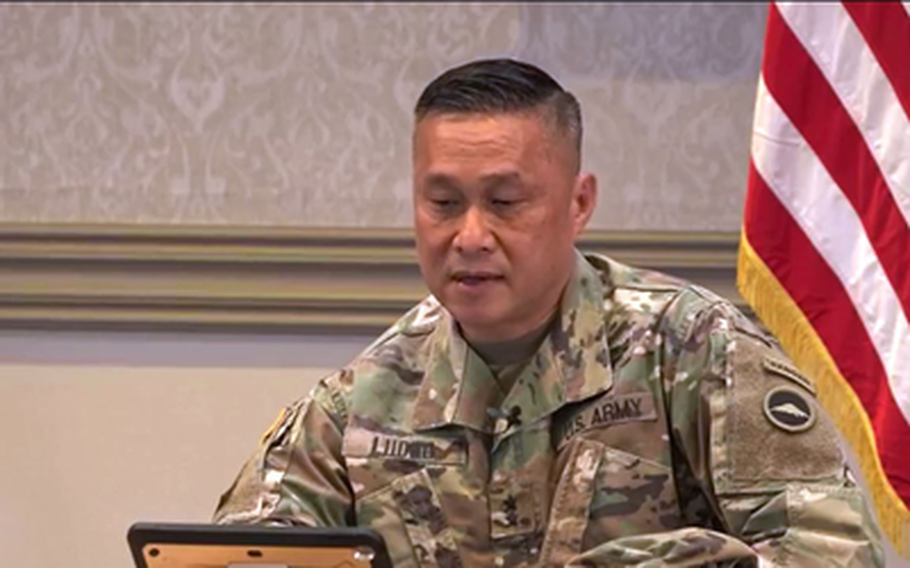 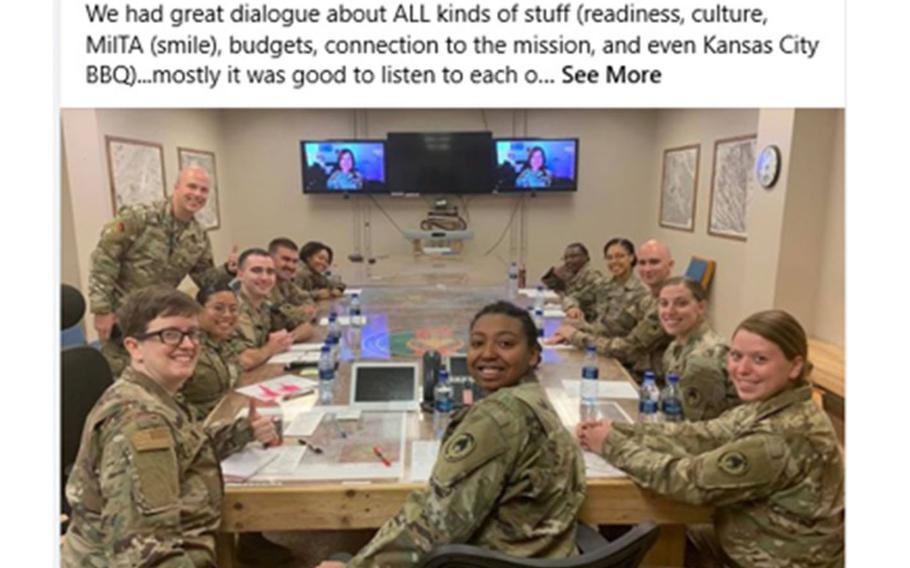 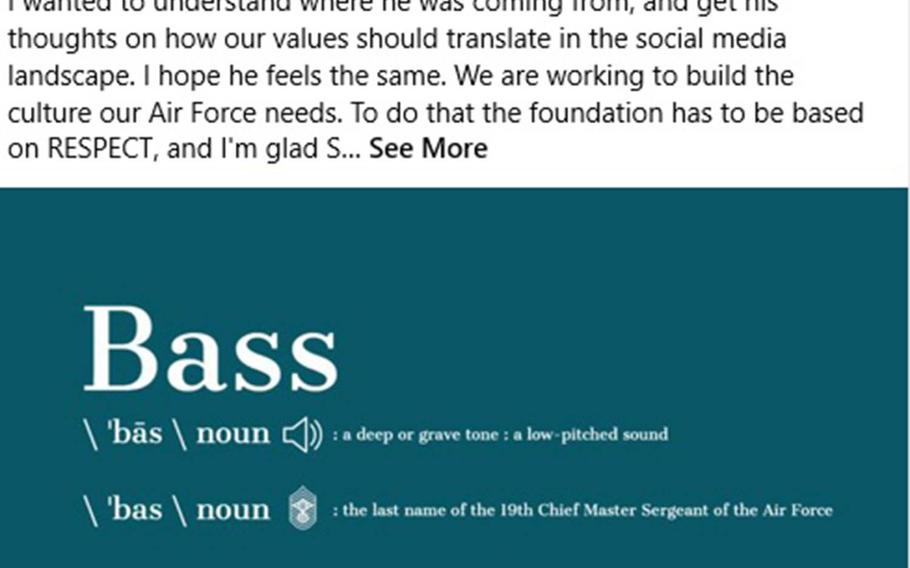 Chief Master Sergeant of the Air Force JoAnne S. Bass responds to a Facebook comment that garnered attention over an airman asking for the pronunication of her name. (Facebook)

The rise of social media platforms for official business makes leaders more accessible to their subordinates, sometimes in a casual manner unfamiliar in the military, according to Holly Raider, Ph.D., a clinical professor of management and leader of the U.S. Army learning exchange program at Northwestern University’s Kellogg School of Business.

“While social media can be an effective and enriching form of communication, people tend to feel emboldened when they are not talking face to face,” she said during a Zoom interview Nov. 10. “The fabric of group cohesion can get frayed by this medium.”

Virtual town halls and live events on official unit and base Facebook pages allow open, sometimes freewheeling comments. This means protocols for addressing people, such as military officers, can get lost amid the feeling of anonymity that comes from typing on a screen, Raider said.

Both Raider and Kevin Krejcarek, a spokesman for U.S. Army Japan, agreed that social media can eliminate barriers, but it may also distract from the intended message or mission.

‘Is it Bass or Bass?’Last month, a Facebook post from Chief Master Sgt. of the Air Force JoAnne Bass stirred up conversation when a staff sergeant left a cheeky comment about the pronunciation of her name: “is it Bass or Bass?”

The Air Force’s top enlisted leader was quick to call out the remark.

“Oh, I absolutely have a sense of humor,” Bass replied in a comment Oct. 18. “Love to have fun and laugh. But disrespect, trolling, doesn’t go over well with me.”

In a subsequent post, Bass said she spoke to the staff sergeant offline.

“I wanted to understand where he was coming from and get his thoughts on how our values should translate in the social media landscape,” she wrote Oct. 19.

“Though virtual town halls are the best to keep our audience informed in this current COVID-19 environment, it does not replace live attendance, which offers a more direct, face-to-face encounter,” he wrote in an email. COVID-19 is the respiratory disease caused by the coronavirus.

Krejcarek said the potential for unprofessional remarks on social media is worth the accessibility, as senior leaders like Major Gen. Viet X. Luong support and encourage junior members to speak up.

“The U.S. Army Japan commander has reiterated a number of times that either negative or positive comments raised are to bring about making a better command and community,” Krejcarek said. “The open dialogue is paramount.”

The main ballroom on Camp Zama, where the U.S. Army Japan town halls were previously held, can hold about 400 people, he said. The installation’s first virtual town hall March 26 had more than 900 attendees, according to Facebook analytics.

Raider said she teaches her business students methods for avoiding the temptation of casual comments while at work on social media. She recommends maintaining good posture during a virtual meeting, dressing the part and setting intentions around the purpose of the virtual interaction.

Military members who telework or work in a nontraditional environment should wear their uniforms, down to their boots, while engaging with their peers and superiors for official purposes online, she said.

Raider also recommends leaders of digital meetings check in to see not only how participants are interacting with their superiors but also with each other.

“Sometimes communication is made more of a challenge than it needs to be,” she said. “Leaders should be intentional on their message and purpose to rein in focus in the comments section.”

“Think about what message you are communicating and who might view it, type only messages or content that are consistent with Army values,” he said, “and post only if it demonstrates dignity and respect for yourself and others.”