One-star admiral is fired, but Navy won’t give specifics 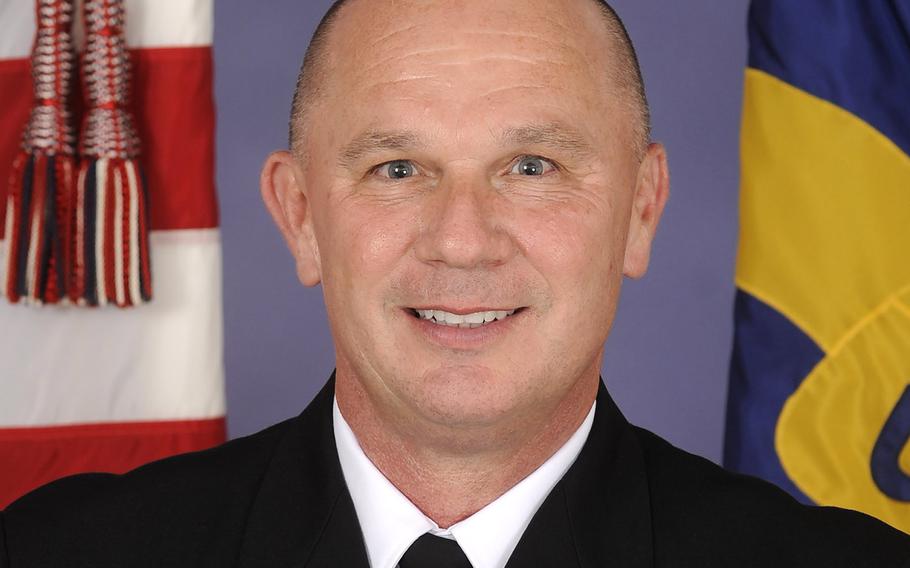 A portrait of Rear Adm. Trent DeMoss, commander of the Navy's Fleet Readiness Centers. DeMoss was fired April 5 by Vice Adm. Dean Peters, the commander of Naval Air Systems, “due to a loss of confidence in his ability to command,” according to a Navy statement. (U.S. Navy)

WASHINGTON — The commander of the Navy’s Fleet Readiness Centers was fired Monday, according to the service.

Rear Adm. Trent DeMoss was relieved by Vice Adm. Dean Peters, the commander of Naval Air Systems, “due to a loss of confidence in his ability to command,” according to a Navy statement.

DeMoss is being investigated by the Navy’s inspector general, Rear Adm. Charlie Brown, the Navy’s chief spokesman, said in a statement issued Monday. Brown would not comment further due to it being an ongoing investigation.

No information was provided on what the inspector general is investigating or what led Peters to lose confidence in DeMoss.

The readiness centers oversee the maintenance, repair, and overhaul of Navy aircraft, according to its official website. There are eight centers throughout the world, with the headquarters located at Naval Air Station Patuxent River in Maryland, about 70 miles southeast of Washington, D.C.

Capt. Christopher Couch, the vice commander of Fleet Readiness Centers, will be the acting commander until a replacement is found, according to the statement. DeMoss has been assigned to the headquarters of Naval Air Systems Command.

DeMoss took command of the Navy’s Fleet Readiness Centers in August, according to his official biography.