One soldier dead after Army helicopter crashes at Fort Polk 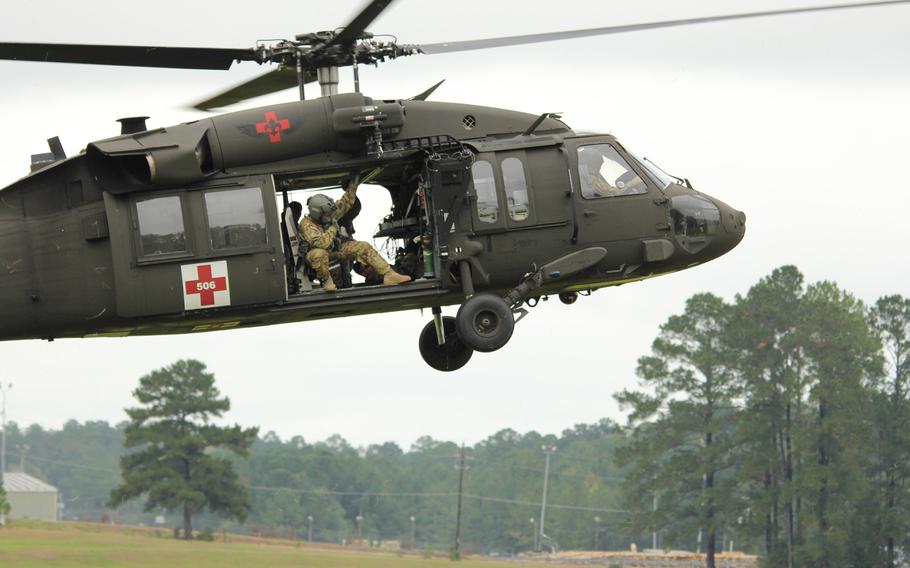 One soldier died and three others were injured following an Army helicopter crash early Thursday morning in the training area at Fort Polk, La., according to base officials.

The crash occurred just after midnight as a four-person crew in a UH-60 Black Hawk helicopter from 1st Battalion, 5th Aviation Regiment, were conducting a medical evacuation mission of a soldier at the base’s Joint Readiness Training Center, said Kim Reischling, a spokeswoman for Fort Polk. The regiment is based at Fort Polk.

The helicopter crashed in route to the soldier who was in need of medical transport. The soldier was not involved in the crash, she said.

Emergency services responded and the three injured crewmembers now are in stable condition. One was taken to Bayne-Jones Army Community Hospital on base and the other two were taken to Rapides Regional Medical Center in Alexandria, La., Reischling said.

Names will not be released until notification of the next of kin is complete, according to the release.

The accident is under investigation by the Army Combat Readiness Center.

Fort Polk is in central Louisiana and has about 8,000 active-duty personnel. It also has an average daily rotational population of about 5,700 primarily through the Joint Readiness Training Center, which accommodates large-scale exercises for brigade combat teams on a rotational basis.