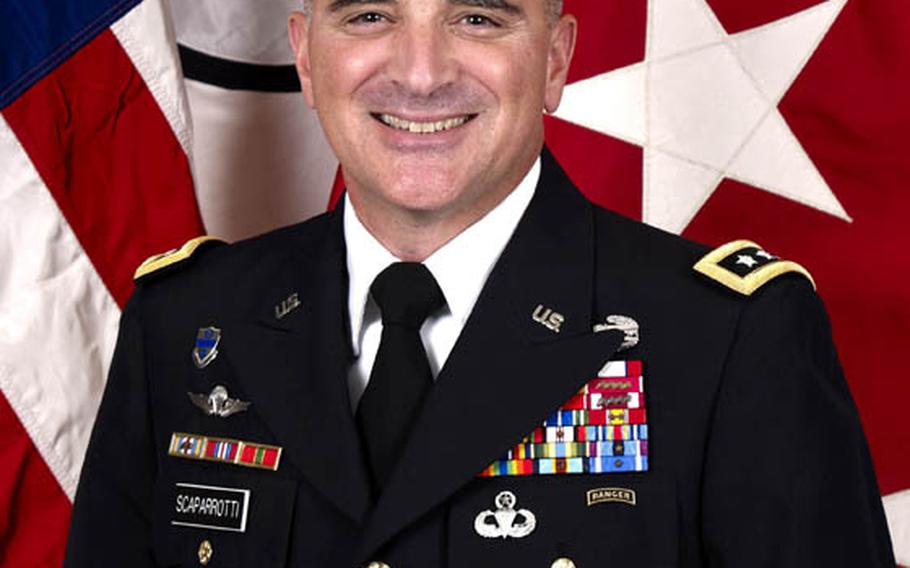 Scaparrotti, who will receive his fourth star if the Senate approves his nomination, serves as the director of the Joint Staff at the Pentagon, a position he’s held since August. He served as No. 2 U.S. commander in Afghanistan from July 2011 to June 2012.

The current U.S. commander in South Korea, Gen. James D. Thurman, will retire after he leaves the command he took over in 2011, the Pentagon’s American Forces Press Service reported.

The 28,500 U.S. troops in South Korea are serving at a time of heightened tension, as North Korea presses ahead with its nuclear program and in recent months has issued a string of apocalyptic threats against the United States and South Korea.

Speaking to reporters at the Pentagon, Hagel praised Thurman’s leadership during recent rounds of threats and provocations by the North Korean regime.

“He has done a tremendous job for our country, for our forces, (for) that region,” Hagel said. “He’s been there, as you all know, at a very uncertain time, and his steady, wise leadership has really counted.”

At the same press conference, Chairman of the Joint Chiefs of Staff Gen. Martin Dempsey said Scaparrotti, who has been working for him in the Joint Staff for the last year, would be effective as he steps into the job.

“I can think of no finer officer to be promoted to general and to take command of U.S. Forces Korea than Mike Scaparrotti,” Dempsey said. “He’s extraordinarily well suited to sustaining our strong alliance with the Republic of Korea.”