‘No big thing’: NCO earns Soldier's Medal after running into house fire to save woman and dog 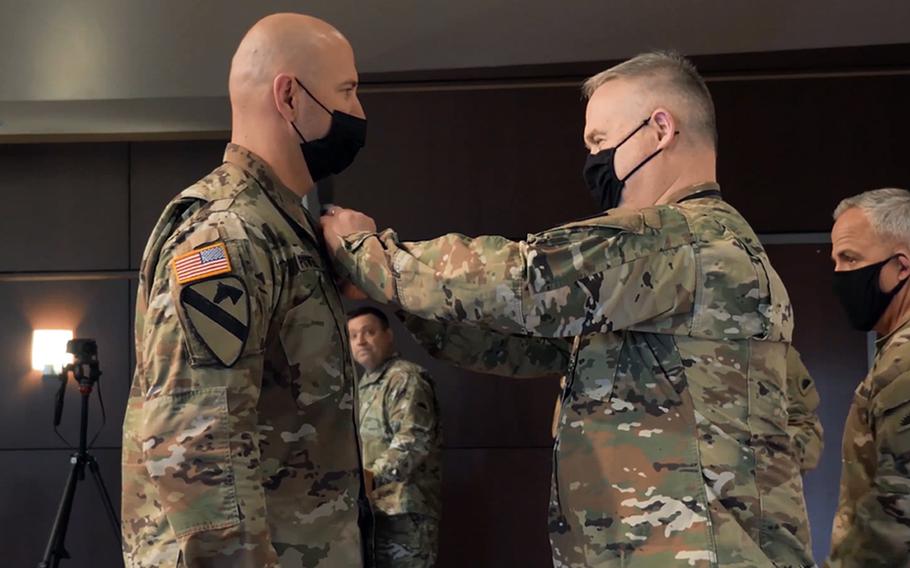 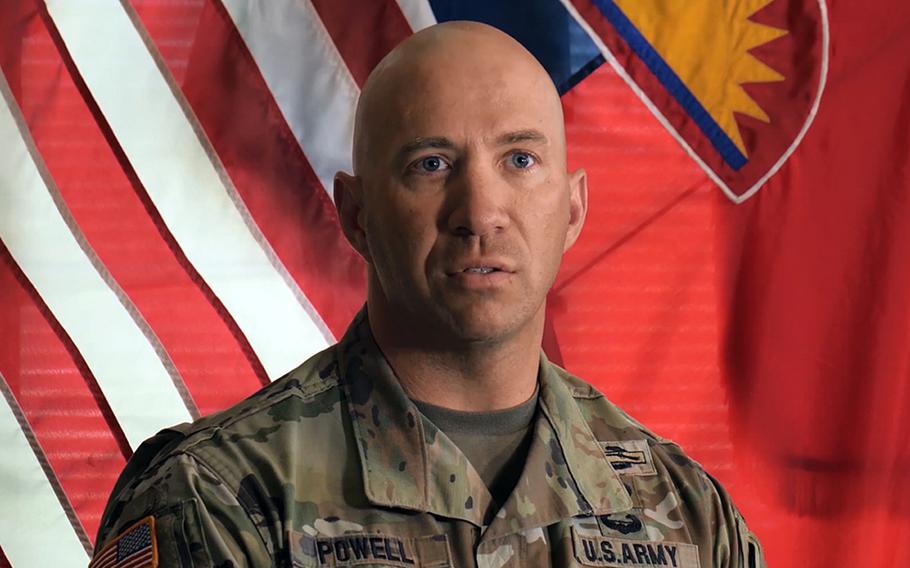 Sgt. 1st Class Jedidia Powell earned the Soldier's Medal for repeatedly running into a burning house and helping two women and a dog to safety in November 2017. (Screenshot/DVIDS) 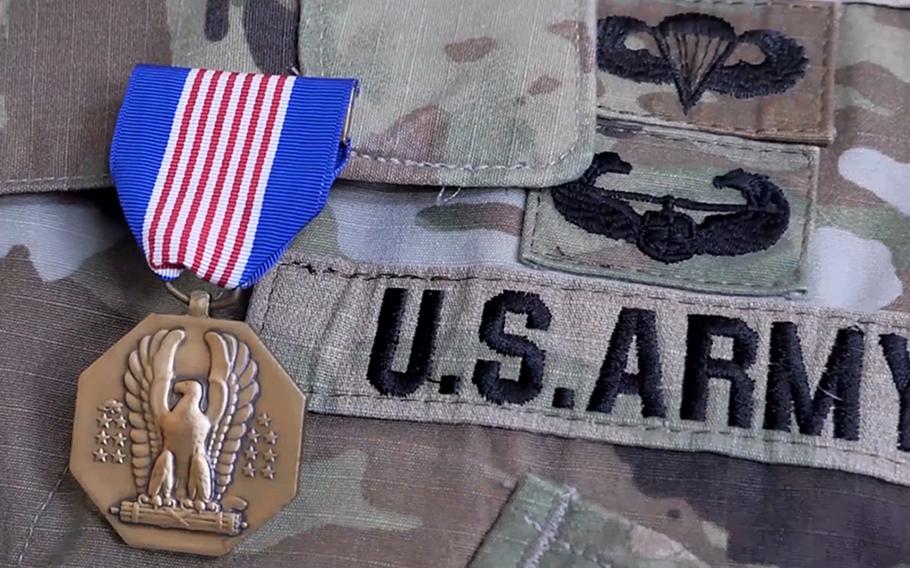 The Soldier's Medal is displayed on Sgt. 1st Class Jedidia Powell's chest on April 10, 2021, during a ceremony at Camp Withycombe, Ore. Powell ran into a burning house, helping two women and a dog in 2017. (Screenshot/DVIDS)

A soldier who repeatedly ran into a burning house and helped two women and a dog was awarded the Army’s highest award for bravery off the battlefield.

Powell, a full-time Guard noncommissioned officer, was on duty in Portland one afternoon in late November 2017 when a state maintenance worker poked his head in the door and said a house was on fire down the street. There were no emergency crews on the scene, so Powell ran out to help.

About a block and a half away, a teenage boy was assisting his severely burned mother out of the building and calling for help, Powell said. He got her to safety, then ran into the house.

“There’s huge flames coming from the kitchen, a lot of smoke,” he said in a recent video interview. “I noticed a woman on my right-hand side who was disoriented down on the floor. She was trying to grab a dog.”

He got both the woman and her dog out of the house and laid her next to the other woman, then returned to the house to clear other rooms. As Powell exited, a fellow soldier showed up and they ran together to the back of the house to make sure the garage was empty.

“After we thought the house was completely empty, we went ahead and went to the front side of the house, noticed that there were first-responders there, felt it was under control and we decided to go back to work,” he said. “It really wasn’t no big thing.”

It took three minutes to clear the burning house, but almost four years for the award to wend its way through the administrative process, Powell said at the ceremony, where he thanked members of his command for their persistence.

The award package took “a significant amount of work,” Maj. Matthew Branstetter, a personnel officer in the 41st Infantry BCT, said in an online video.

Day, the general, said in a Facebook video of the award event that Powell had recalled that before running to the fire, he told another soldier “follow me.”

“That’s kind of the epitome of a good NCO,“ Day said. “You know, leads his soldiers into harm’s way.”