New wave of troops arriving at the border this week 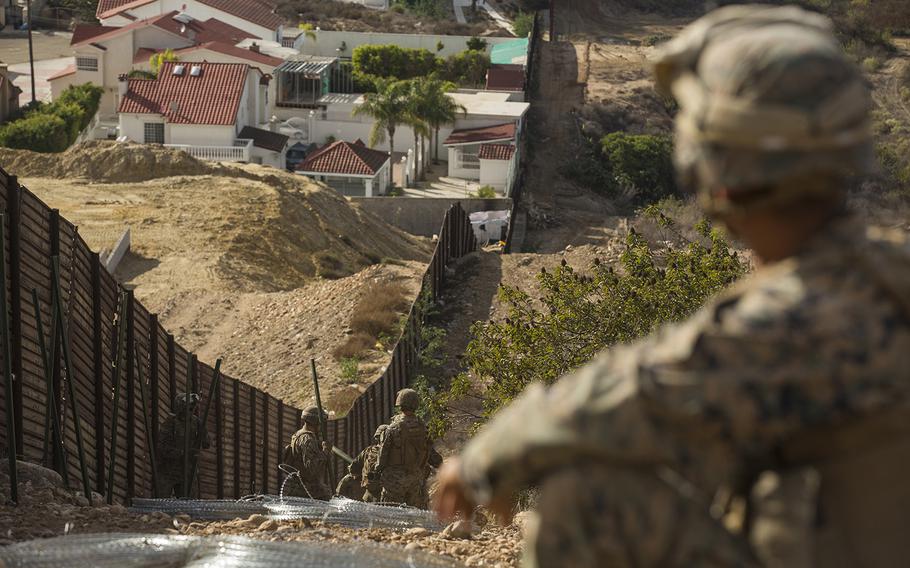 AUSTIN, Texas — Active-duty servicemembers are deploying to the U.S. southern border this week to begin laying more wire barriers, officials with U.S. Army North said. They will join about 2,300 personnel deployed in Texas, Arizona and California.

This wave of deployments includes military police, engineers, command and control elements, logisticians and general-purpose forces, which could be comprised of multiple units brought together specifically for this mission, said Col. Cathy Wilkinson, Army North spokeswoman. They will place about 140 miles of wire barriers with an estimated completion date of April 30.

Once finished, these units may be required to assist in other duties as Customs and Border Protection continues to evaluate its support requests or be sent back to their home stations to await further assignment, she said.

This mission is part of an ongoing agreement between the Defense and Homeland Security departments to use military members to assist Border Patrol. The first agreement between these agencies sent active-duty troops to the border in late October with an expectation they would return to their home bases by mid-December.

During that time, military engineers placed about 70 miles of barriers along ports of entry.

The most recent agreement, signed Jan. 11, will keep servicemembers working with Border Patrol through Sept. 30, with engineers focusing on building barriers between ports of entry.

New barriers will be concentrated primarily in California and Arizona, Wilkinson said.

Troops will begin deploying in March for a new surveillance mission in those two states as well as New Mexico and Texas as requested by Border Patrol in the new January agreement.

The January agreement called for about 3,750 troops to deploy to end with a total of about 4,350 serving at the border. At its highest level of operation in November, about 5,900 servicemembers were deployed.

The National Guard also is deployed along the southern border, but in a mission designed to get more Border Patrol agents to the border. About 2,000 National Guard soldiers are deployed in Texas and Arizona. Guard members were also stationed in California and New Mexico, but those states’ governors removed the troops, calling the deployment politically motivated.

Wilkinson said this change to the National Guard mission has not impacted the plans of the active-duty troops.

On Capitol Hill last month, Gilday said the two deployments will cost more than $680 million. The cost of active-duty troops from their initial deployment in late October through the end of January was about $132 million.

Gilday could not provide an estimate for the ongoing active-duty mission, as it is more malleable to the needs of Border Patrol.