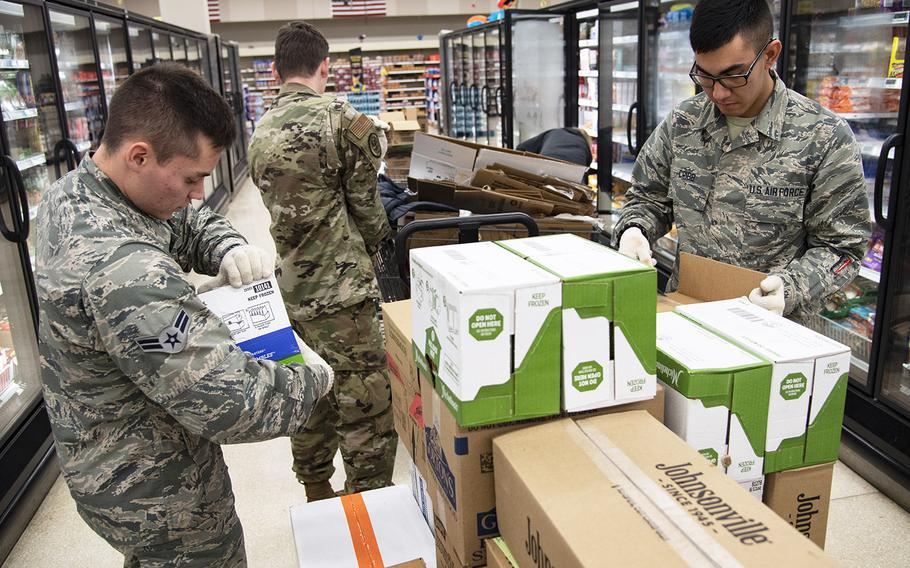 The families of fallen service members could gain access to on-base benefits such as the commissary and recreation facilities through a House bill introduced recently.

“We need to continue to honor those service members who we have lost by fully supporting their families,” said Rep. Debbie Mucarsel-Powell, D-Fla. “It should be a bipartisan issue.”

The bill, which was introduced last month, is co-sponsored by Rep. John Rutherford, R-Fla.

The legislation takes a straightforward approach, Mucarsel-Powell said, granting access to the commissary, base exchange and morale, welfare and recreation privileges to surviving family members who receive a Gold Star lapel pin following their loved one’s death. Pins are given to a service member’s spouse, parent, sibling or child.

“I’m pushing to pass this legislation as soon as possible, especially now as we are going through this pandemic. These families lose so much by losing a loved one. A lot of them lost the financial support and the assistance that they once had,” Mucarsel-Powell said, referencing the coronavirus pandemic that has shut down much of the United States for the past month.

Commissaries, which sell tax-free groceries at 20-35% the cost of civilian stores, have been hit just as hard as off-base counterparts by panicked shoppers preparing for stay-at-home orders in response to the pandemic. In some instances, such as at Joint Base Andrews, Md., service members have volunteered to help keep these stores stocked for military families and veterans.

The bill follows previous legislation passed in August 2018 that has granted more veterans access to base grocery stores. Primarily retirees and 100% disabled veterans earn commissary access beyond their military career. In January, about 3 million people, including service-connected disabled veterans, Purple Heart recipients, former prisoners of war and primary veteran caregivers, were granted access to shop at base grocery stores through the 2019 National Defense Authorization Act.

In that first month, those new customers made 70,676 transactions and averaged about $72 per purchase, said Kevin L. Robinson, spokesman for the Defense Commissary Agency.

“We've experienced a definite increase in new patrons shopping at several locations” he said in February, before the coronavirus sent grocery stores reeling.

Those new customers did have to clear the hurdle of gaining access to military bases because most people in these categories no longer have a Defense Department identification card. A Veteran Health Identification card with “Purple Heart,” “Former POW” or “Service Connected” printed on the front is required for access into the installation and entry to the stores, according to the DeCA website. Caregivers need a memo from the Department of Veterans Affairs and a federally compliant, government-issued photo ID.

Similarly, Gold Star family members who could be eligible through Mucarsel-Powell’s bill would need to register with the base nearby to gain access to facilities, she said.

Mucarsel-Powell said she is now working to gain more co-sponsors, and potentially pass the bill in May by a suspension vote.

“Gold Star families have already lost enough,” she said. “As a grateful nation, we should continue honoring our fallen service members by fully supporting their families. I’m hopeful we can find a way to pass this legislation soon as possible so we can get much-needed help to these families.”