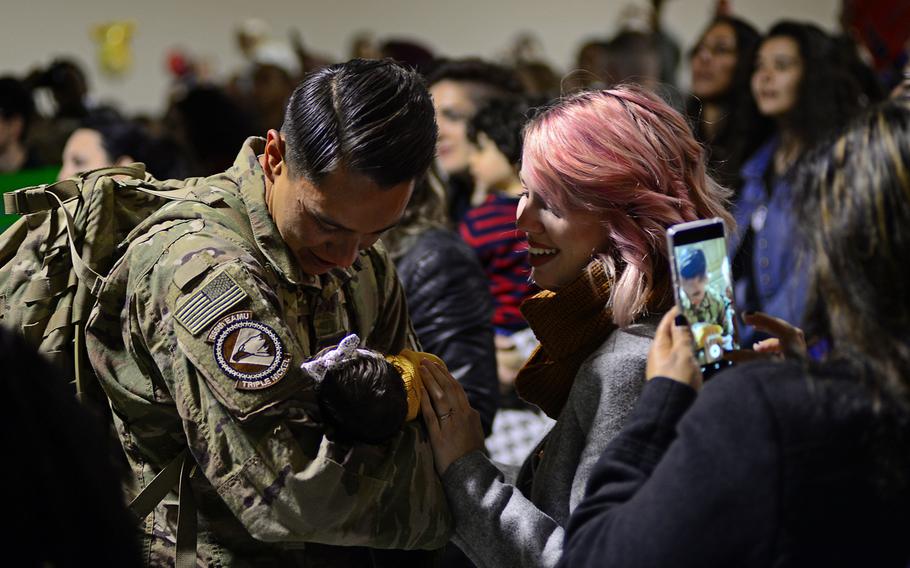 The Air Force has changed its parental-leave policy to give airmen and their families more options for time off after the birth or adoption of a child. (Ryan Brooks/U.S. Air Force photo)

The Air Force has changed its parental-leave policy to give airmen and their families more options for time off after the birth or adoption of a child.

Until now, the Air Force authorized 12 consecutive weeks of maternity convalescent leave to those who gave birth. In addition, 10 days of similar “non-chargeable” leave were given to an airman whose spouse gave birth.

The new structure, announced Friday by the service, allows parents to coordinate leave time between primary and secondary caregivers in a way that is most beneficial to their living circumstances.

Caregiver leave is given in addition to the convalescent leave.

Covered servicemembers having a child by birth, adoption or surrogacy will determine which parent is the primary and secondary caregiver, the Air Force said.

The allotted time off for each of the three types of leave must be taken all at once and cannot be split up. Primary and secondary caregiver leave can be taken any time within the first year after a child’s birth or adoption, the Air Force said.

The new policy will allow airmen and their families “the maximum time possible in the most flexible application possible,” Wright wrote.

The new policy, authorized by the 2017 National Defense Authorization Act, is effective immediately and retroactive to Dec. 23, 2016, the Air Force said.

An Air Force factsheet on the leave policy is available online.