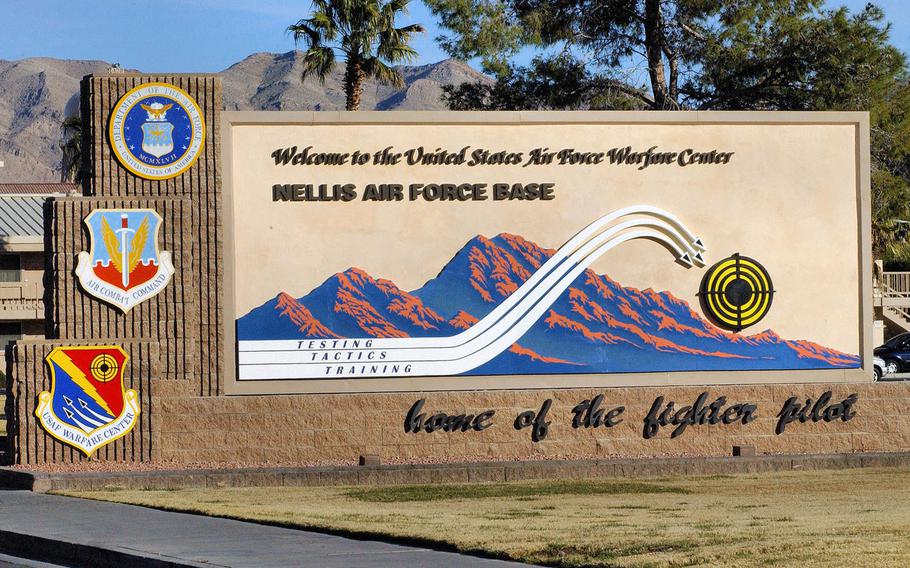 Michael Reimers, 41, of Las Vegas, offered to sell several firearms in July through September 2019 — including an AK-47, a .25 caliber handgun and a 12-gauge shotgun — the Justice Department said in a statement Tuesday, citing court records and Reimers’ admissions in court. In July of that year, he sold $800 worth of meth, the government said.

He was arrested in September 2019 at Nellis, where he was assigned to the 99th Communications Squadron, after a grand jury indicted him on charges, including selling a Century Arms AK-47 and a .25 caliber Titan handgun without a license, and selling a Mossberg shotgun to a prohibited person, who prosecutors said he had reason to believe was in the U.S. illegally.

Reimers was also charged with two counts of distributing a controlled substance, one for the sale of 50 grams or more of meth and one for distributing a mixture laced with cocaine.

He pleaded guilty to the count of selling firearms without a license and one count of distributing a controlled substance for the meth sale.

He was held in pretrial confinement at Nellis while awaiting a possible general court-martial for the same misconduct, court records show. Both sides had been working on a resolution to both the military and civil charges, according to a February court filing.

Reimers was found guilty by a military judge as part of a plea agreement at a court-martial in early March, an official at Nellis told Stars and Stripes late Wednesday. He was sentenced to seven years of confinement, reduction in grade to airman basic — the lowest rank in the Air Force — and a dishonorable discharge, the Nellis press office said in an emailed statement.

Reimers had gone on active duty in April 2000 and was promoted to master sergeant in July 2011 before being assigned to Nellis in 2016, the Las Vegas Review-Journal previously reported, based on information the base provided. The Justice Department referred to him Tuesday only as a “senior U.S. Air Force servicemember.”

The airman faces a maximum sentence of a life in prison with the possibility of parole and a fine of over $10 million. A sentencing hearing is scheduled for July 13.