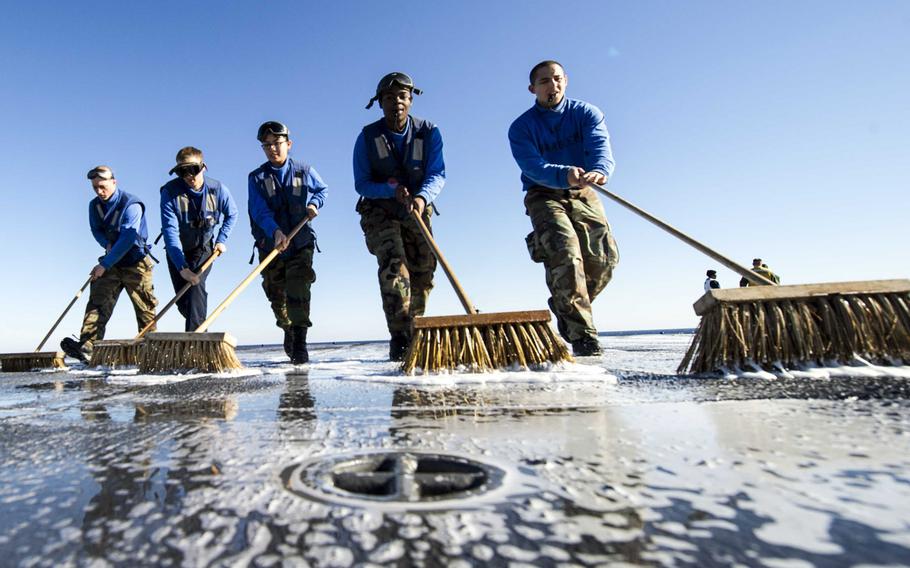 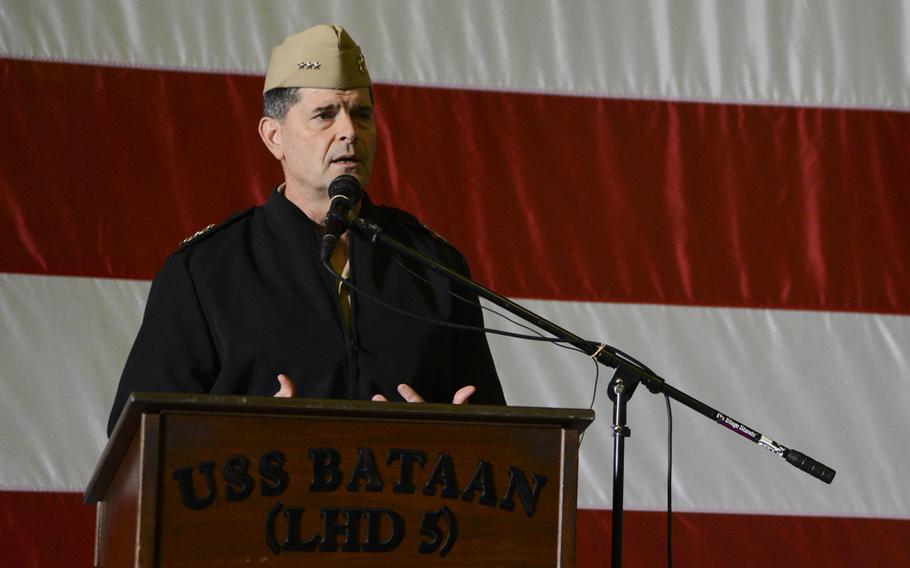 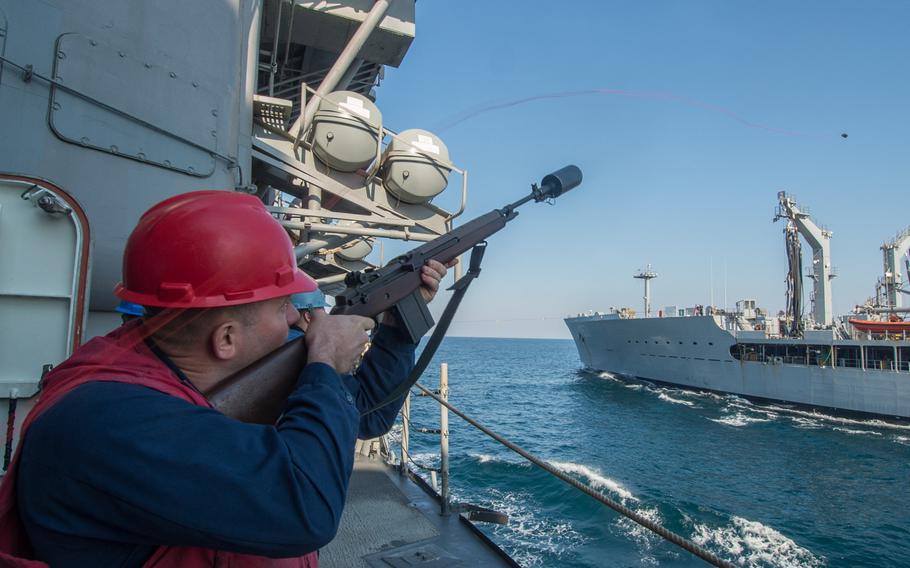 SASEBO NAVAL BASE, Japan — Enlisted sailors heading out from port will soon receive their first sea pay increase in over a decade, Navy officials say.

The announcement was made Tuesday by Chief of Naval Personnel Vice Adm. Bill Moran during an all-hands call aboard the USS Bataan. It remains unclear just how much the monthly pay will increase, but Moran said sailors should expect a formal announcement from Secretary of the Navy Ray Mabus “soon.”

“It’s long overdue,” Moran said in a Navy statement. “We haven’t adjusted sea pay in over 10 years and we are absolutely convinced that it is the right thing to do for Sailors who are committed to sea duty or serving at sea.”

Seventh Fleet officials could not confirm the increase Wednesday as it was not yet official, but Moran’s announcement brought smiles to the faces of sailors at Sasebo Naval Base.

“Hell, I’m not going to complain about a pay raise,” said a grinning sailor off the USS Germantown who declined to provide his name.

Sailors polled in Sasebo said the move would benefit junior sailors below the rank of E-4 with one or less years at sea the most. These sailors currently pull in $50 per month in sea duty pay, which could easily be spent on one meal at a restaurant.

Other sailors said that while they don’t complain about long bouts at sea away from their families, they are often frustrated when they return home and find their money barely stretches to cover their visits.

“It’s long overdue,” said another Germantown sailor who also declined to give his name.

Sea pay levels have remained stagnant since October 2001 even though $1 spent in that year has the same buying power today as $1.32, thanks to inflation, according to the Bureau of Labor Statistics.

Under the current structure, enlisted sea pay ranges from $50 to $620 per month depending on the sailor’s rank and cumulative years at sea, according to Navy sea pay charts.

While a seaman with less than a year at sea only makes $50, a senior chief petty officer with over 18 years can make $620. A petty officer first class with over four years at sea makes $300.

The scale is different for officers. A chief warrant officer with over 18 years at sea can make $700 per month. Ensigns through captains make anywhere from $100 to $535.

There are 17,000 sailors in the 7th Fleet area of responsibility who typically get sea pay, according to 7th Fleet spokesman Cmdr. William Marks.