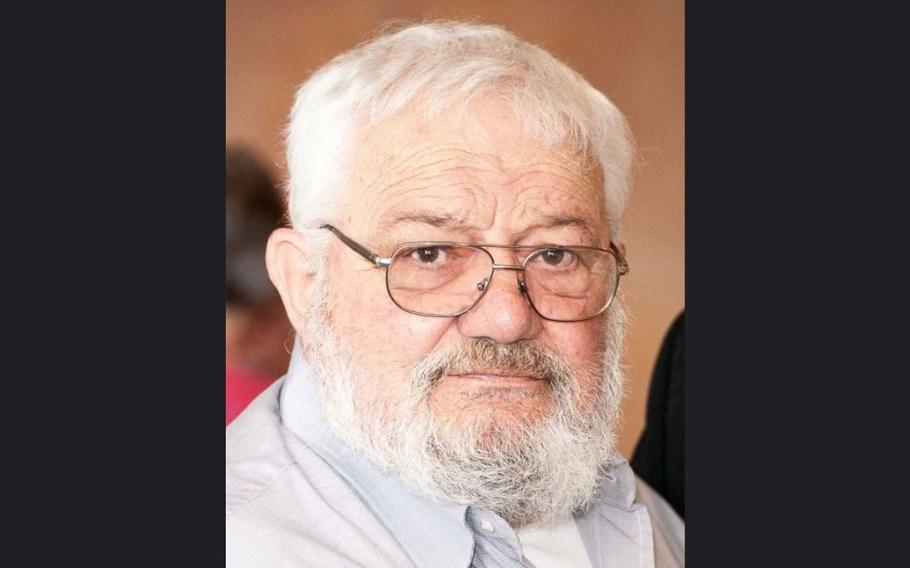 Joseph Heller was remembered by his family in an obituary that paid tribute to a life of "frugality, hoarding and cheap mischief." (Robinson, Wright & Weymer Funeral Home, Inc.)

The obituary of Joseph Heller Jr., an 82-year-old Navy veteran who died this week, pays loving tribute to "a lifetime of frugality, hoarding and cheap mischief, often at the expense of others."

The Connecticut native's antics included naming his first dog Fart so that his mother would have to yell the dog's unfortunate moniker; being a frequent "shopper" at the local dump; and inviting his daughters' dates into the house, "where shotguns, harpoons and sheep 'nutters' were left clearly on display."

His daughter Monique Heller wrote the obituary, according to CNN.

"My dad has an unorthodox view of life and I wanted to honor him and make people smile," Monique Heller told the network.

Joseph Heller served in the Navy as a Seabee and later met his wife, Irene, when he was a self-taught chemist at Chesebrough-Ponds.

"To this day we do not understand how he convinced our mother, an exceedingly proper woman and a pillar in her church, to sew and create the colorful costumes and props which he used for his antics," the obituary said.

As a dad, he was a tolerant hair and makeup customer when his daughters wanted to play beauty shop, and he assembled doll furniture and play forts. In retirement, he was the local dog catcher and "refused to put any of his 'prisoners' down and would look for the perfect homes for them," according to the obituary.

In lieu of flowers, the obituary said that the "family is seeking donations to offset the expense of publishing an exceedingly long obituary which would have really pissed Joe off." Or, it suggests, perhaps have a cup of coffee with a friend and remember his antics, or "play a harmless prank on some unsuspecting sap."