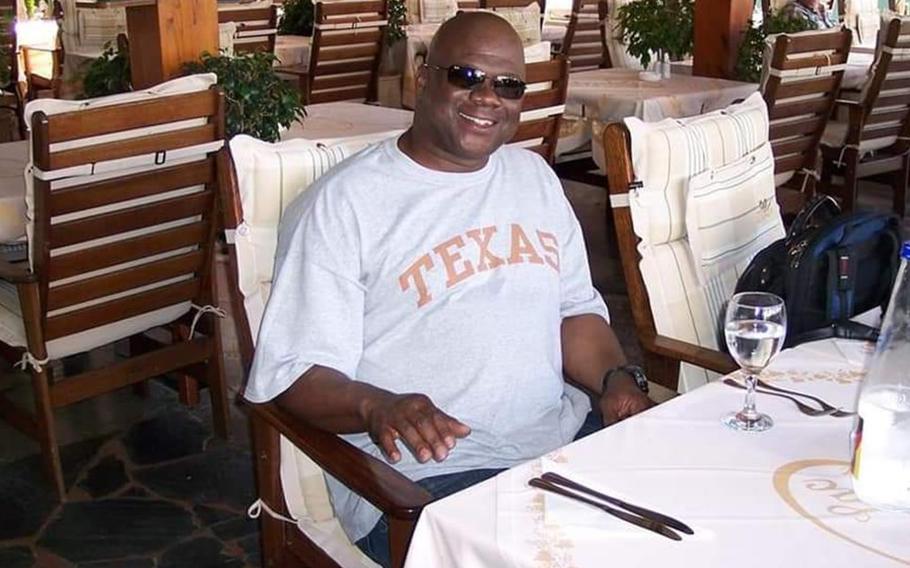 AUSTIN, Texas — When Ronald Wayne White stopped responding to his mother’s phone calls in 2016, she knew something wasn’t right.

But when Doris Stevens said she contacted Dallas-area police departments about her son, a Navy veteran who had worked as a defense contractor, she couldn’t get any answers.

White’s body was discovered in his DeSoto, Texas, apartment last week and a medical examiner determined he had been dead there for about three years, said Pete Schulte, a detective and spokesman for the DeSoto Police Department.

“A part of me is missing and I’m not going to ever see him again,” Stevens said Thursday. “I want answers.”

She received the news about her son’s death from White’s adult daughter and her mother, White’s ex-wife. He’d been divorced for more than 20 years, Stevens said, and wasn’t particularly close to either of his two adult children.

White retired from the Navy as a senior chief petty officer in 2004 and would have been about 51 years old when he died, his mother said. After leaving the service, White was employed at Booz Allen Hamilton, a management consulting firm, from 2006 to 2013, according to company records.

He had recently sold a home in Dallas and purchased a home in the Philippines, so Stevens said she did not know he had rented the apartment in DeSoto.

The DeSoto Town Center Apartments decided to investigate multiple units where it appeared tenants were not using water, Schulte said. Once they forced the bolted door open at White’s unit, they found him dead on the kitchen floor.

Working backward from the discovery, Schulte said investigators realized it was a “perfect storm” of events that allowed White’s death to go unnoticed for so long. With the door locked from the inside, police learned that maintenance staff for the complex did not try to enter the apartment, because they assumed White was home.

White moved in some time in October 2016 and must have died within a couple weeks, Schulte said. The apartment was decorated with valuable items on display and no signs for forced entry or foul play.

Stevens, who lives in Shreveport, La., but has been spending time with her daughter on Long Island, N.Y., remembered last speaking to White in November 2016. They discussed the upcoming election and that he’d decided not to move to the Philippines until after he voted.

When December rolled around, she assumed he was busy with his move. By his birthday in April, she did not hear from White and knew something was wrong. That’s when she began contacting Dallas area police departments where she knew he had previously lived. That did not include the city of DeSoto.

Stevens said White loved to travel and she was told by authorities at the time that he was likely on a trip.

“Now as I look back, all the while I’d been crying about my son in Dallas, my son was dead in that apartment complex and I didn’t know,” said Stevens, who considered hiring a private investigator, but couldn’t afford the expense. She asked her other five children to help pay the cost, but they, too, just thought White didn’t want to be bothered.

White had a month-to-month lease paid through an automatic withdrawal from an account linked to his Navy retirement, Schulte said. His apartment, on the third floor at the very northwest corner of the complex, is new, well-insulated and all the windows were locked and sealed tight.

Cold weather immediately followed White’s death, which likely helped control any odor coming from the apartment, and no smell could be detected from the hallway outside the apartment during the investigation, Schulte said.

A downstairs neighbor did complain about two years ago about a small amount of liquid seeping through her ceiling, Schulte said. Maintenance personnel inspected it but moved on once it stopped and they didn't enter White's upstairs apartment when no one came to the door.

“Every citizen is very important to us in our city. We especially appreciate the service members that live in our city,” Schulte said. “We don’t want this to ever happen again.”

Stevens said she is proud of her son’s service in the Navy and she has a hat for every ship that he served aboard, which included USS Nimitz, USS Conserver, USS Crommelin and USS Lockwood, according to his official service record. He also spent time stationed in Iceland and Japan.

“That was his passion. Even as a child, the toys he liked were ships and submarines,” his mother said.

White’s last position in the Navy was as a chief damage controlman working with the Afloat Training Group in Norfolk, Va., according to his service record. His awards and decorations include three Navy/Marine Corps Commendation Medals, four Navy/Marine Corps Achievement Medals, two Navy “E” Ribbons, five Good Conduct Medals, and two Kuwait Liberation Medals — one from Saudi Arabia and the other from Kuwait.

Funeral arrangements are pending, as are the results of a toxicology test that could provide answers about how White died.