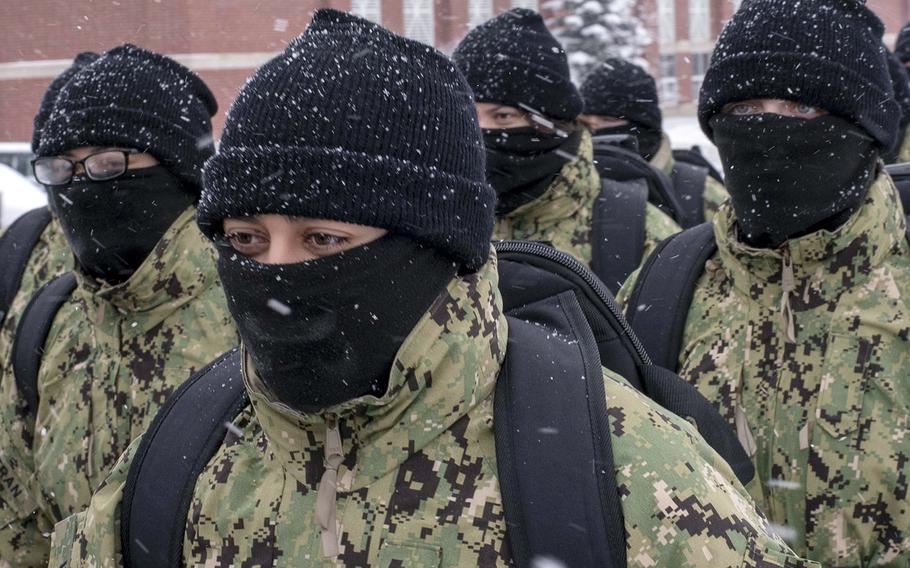 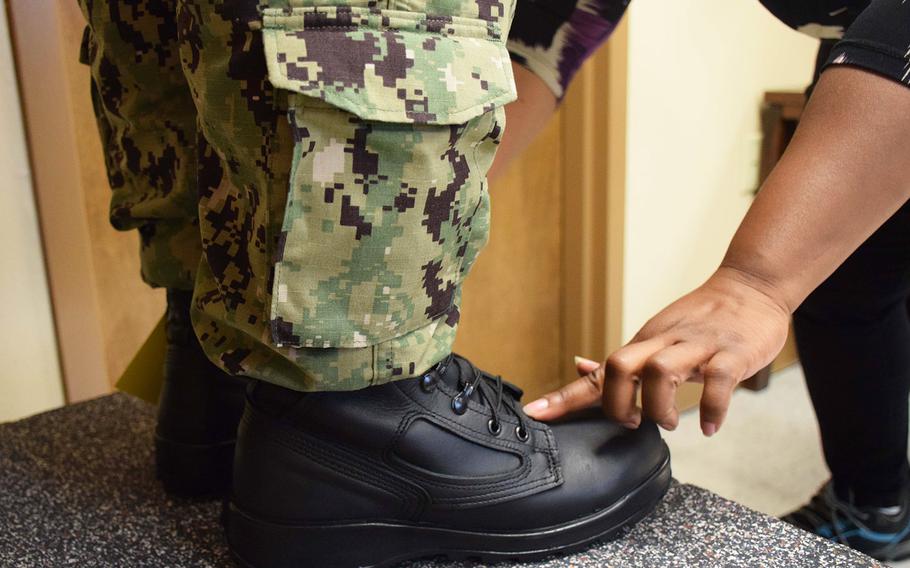 WASHINGTON— Sailors now have the option to wear a black neck gaiter during cold weather as well as a two-piece swim suit for the physical readiness test, among some of the uniform updates announced Monday by the Navy.

The list of uniform updates comes from feedback from sailors and leadership directions, according to the Navy.

Sailors can wear a black neck gaiter during extremely cold weather, which is determined from policy made by either regional commanders for sailors ashore or commanding officers for sailors at sea. The gaiter is worn from the neck up, covering the sailor’s nose and face to just under their eyes. They can be purchased commercially and worn only with the following cold weather outer garments: the cold weather parka, the Navy working uniform type II and III parka, the pea coat, the reefer coat, and the all-weather coat.

Male and female sailors who swim for their semi-annual physical readiness test now have the option to wear two-piece swimwear that must cover the entire torso. The swimwear can be purchased off the shelf, “navy blue or black in color, conservative in design and appearance and must not prohibit the swimmer from swimming freely,” according to the Navy.

For the two-piece swimsuits, male and female sailors can wear their physical training uniform shorts and shirt, or swimming trunks or board shorts, with a “rash guard” shirt that is typically worn by surfers. Women can also wear a two-piece swimsuit called a burqini, or burkini, that covers a swimmer’s body from their hair down to their ankles.

The summer white/service dress maternity shirt is being redesigned to improve its look and function, according to the Navy. The improvements include adjustable side tabs with three buttons, epaulettes, and two side-seam hidden pockets. The chest pockets are also being removed to match the current service khaki and Navy service uniform maternity shirt.

The Navy is also developing improvements to the Navy working uniform and cold weather parka black fleece liner to be a stand-alone jacket with a weather resistant fabric for rain and wind and two side pockets with zippers.

A future announcement will be made regarding when the maternity shirt and fleece will be available to sailors.

Testing is underway for the next version of the black leather safety boot, the I-Boot 5, that is worn with Navy working uniforms. Feedback from participant evaluators has been “overwhelmingly positive,” according to the Navy. Evaluators said they are a major improvement to the boot’s overall fit, comfort, and performance. Testing will continue until the end of the year to evaluate how they do in cold weather. The final report and recommendation for the boot will be given to Navy leadership by the first quarter of 2020, according to the service. If approved, sailors could start receiving the boot in fiscal year 2021.