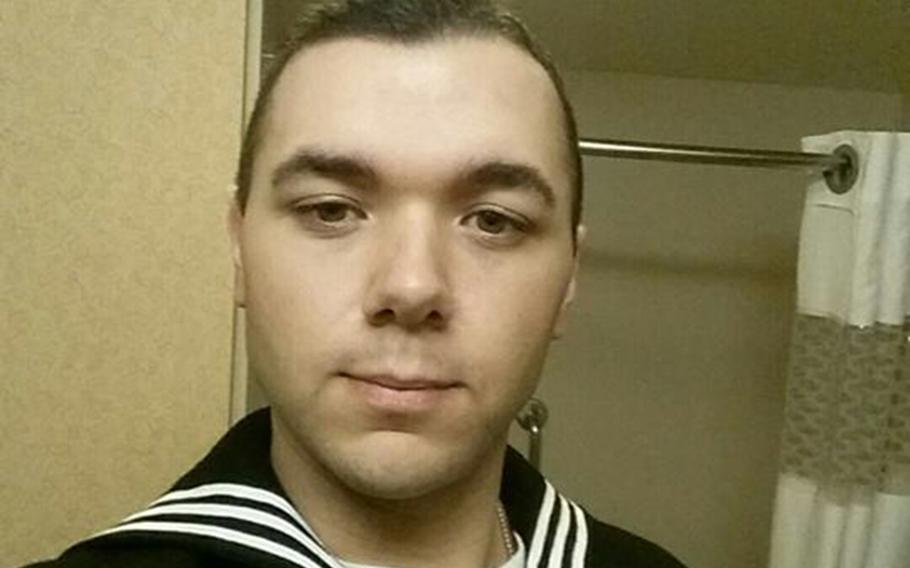 A sailor killed Friday by security at Naval Air Station Oceana in Virginia after he shot another sailor several times has been identified by the Navy as Seaman Apprentice Christopher J. Ruffier, 26.

Ruffier was an Ohio native assigned to Strike Fighter Squadron 37 as an aviation ordnanceman, according to a news release Monday from Navy Region Mid-Atlantic.

In what Navy officials described Friday as domestic dispute, Ruffier shot a female sailor of the same unit in the parking lot outside Hangar 145 about 6:45 a.m. Within five minutes, base security personnel arrived at the scene and shot and killed Ruffier.

The victim was transported to Sentara Virginia Beach General Hospital with non-life-threatening injuries. She remains at the hospital in stable condition, the Navy said. To protect her privacy, officials declined to release her name.

Naval Criminal Investigative Service continues to investigate the incident. How Ruffier was able to have a weapon on the base is part of the investigation; the base has a no-weapons policy.

Navy said the service also will convene a Manual of the Judge Advocate General investigation into the incident. That noncriminal investigation is standard in this kind of situation and could lead to recommendations to prevent something similar from occurring again, said Beth Baker, a spokeswoman for Navy Mid-Atlantic Region.

Ruffier enlisted in the Navy on Feb. 15, 2018, and was months into his first nontraining assignment, according to his releasable service information. After basic training with Recruit Training Command at Great Lakes, Ill., he transferred to Naval Air Technical Training Command at Pensacola, Fla. He also trained with Oceana’s Center for Naval Aviation Technical Training Unit before moving into Strike Fighter Squadron 37 in July.