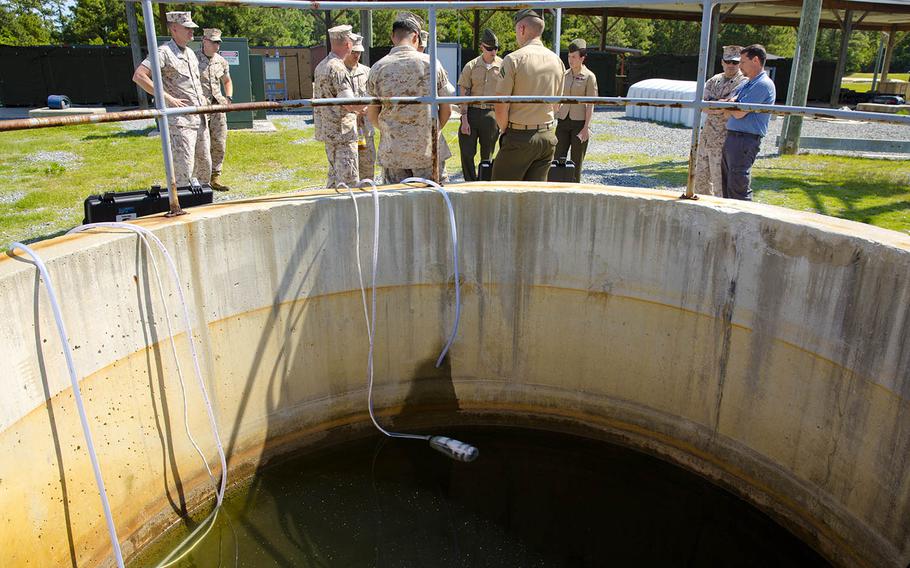 WASHINGTON — The Navy has denied 4,400 claims from people impacted by contaminated drinking water at Camp Lejeune, N.C., closing the door on financial compensation from the department for their illnesses.

“I am perfectly cognizant of the fact this will be disappointing to the claimants,” Secretary of the Navy Richard Spencer said during his announcement Thursday at the Pentagon. “However, it will be a disservice to the claimants to continue to hold the claims without a decision or a way forward.”

This decision does not impact the health-care benefits provided by the Department of Veterans Affairs to the impacted families. Those benefits were awarded by Congress in 2012.

A study released in April found that the industrial chemicals that contaminated drinking water in wells on Marine Corps Base Camp Lejeune was linked to an increased risk for bladder cancer, kidney cancer and kidney disease for people who lived or worked there from the 1950s to 1985.

The Agency for Toxic Substances and Disease Registry has also determined that the contaminated water likely caused an increased risk of adverse birth outcomes and other health effects.

The Navy has 4,400 tort claims filed against them related to the contaminated water, some going as far back as December 1999, Spencer said. The number does not represent the number of people seeking compensation because some claims are filed by groups.

The claims total $963 billion, including one claim for $900 billion.

The Department of Navy only has to pay claims if congressionally imposed conditions on the waiver of sovereign immunity of the Federal Tort Claims Act apply, which they did not, according to Spencer.

"Individual court decisions during the last decade and the recent decision of the multi-district litigation court ... have found that those conditions did not apply," he said.

Also affecting the decision to deny the claims was the Feres doctrine, which prevents military members from suing the government for negligence.

“The court decision has made it clear there is no legal basis nor ability for the Department of Navy to pay these claims,” he said.

Spencer did not know why this decision had not been made years earlier. “It was on my desk when I arrived. We had the facts and figures there.” He made his decision to deny the claims earlier this week.

“To be very frank, we wanted to come to closure on this and allow the claimants to proceed down other paths that may be available,” he said. “There was no benefit to the claimants nor to the United States Navy to sit on this.”

As for other legal options that claimants could pursue, Spencer suggested they could go to Congress and see whether they could get more than health-care benefits.