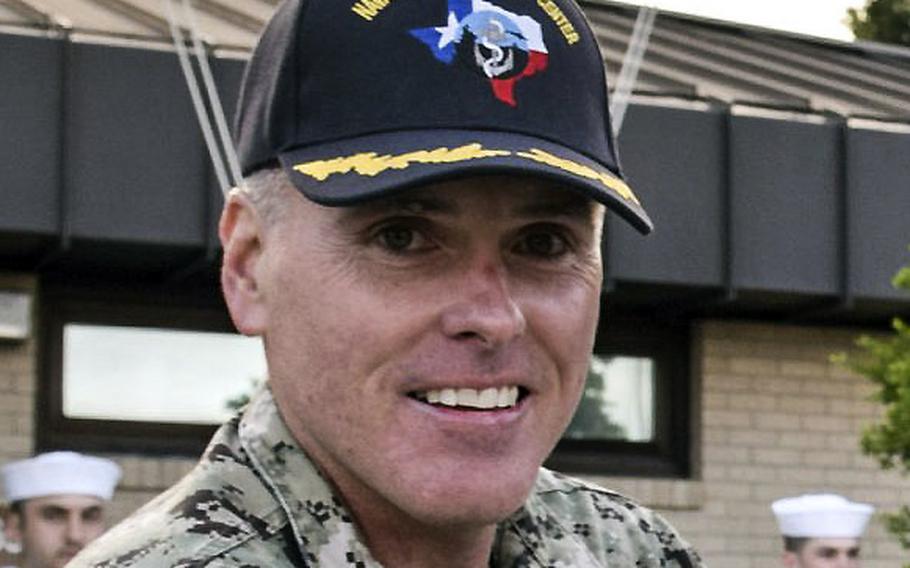 WASHINGTON— The commander of a naval training center in Texas was relieved of command “due to loss of confidence” following an investigation, according to the Navy.

Cmdr. Robert Arias, the commanding officer of Naval Technical Training Center Lackland was relieved of command Friday by Capt. John Ferguson, the commander of the Center for Security Forces, according to a Navy statement.

His removal followed an administrative investigation, Cmdr. James Stockman, a spokesman for Naval Education and Training Command, wrote in an email Monday. Stockman could not provide more details about the investigation because “the matter is pending final decision.”

“I would add that command leaders are held to a high standard. Their positions require the utmost in responsibility, reliability and leadership, and the Navy holds them accountable in cases where they fall short of those standards,” Stockman wrote.

Arias has been temporarily reassigned to Naval Education and Training Command located in Pensacola, Fla., according to the Navy. Taking over at Naval Technical Training Center Lackland is Cmdr. Brian Carroll, the director of the Center for Security Forces Learning Site Gulfport, Miss.

Arias, a prior enlisted sailor who reached the rank of chief petty officer before receiving a commission, took command of NTTC Lackland April 4, 2018, according to the center’s official Facebook page.

The Naval Technical Training Center Lackland is located on Joint Base San Antonio-Lackland and it has an initial school for master-at-arms sailors training in security and law enforcement. It also has an academy for corrections specialists and a school for military work dog handlers, according to the center’s official website. The Center for Security Forces has 14 training locations around the world that provide training to more than 23,000 students each year, according to the Navy.

Arias has served on several ships, including the USS Cowpens and the USS John Paul Jones. He also served with Joint Task Force Guantanamo detainee operations and a deployment in support of Operation Iraqi Freedom to Anbar Province, “where he led the intercostal waterway military and police transition teams,” according to his Navy biography. He was also the lead security assessor for Navy Installations Command, overseeing 72 naval installations around the world.