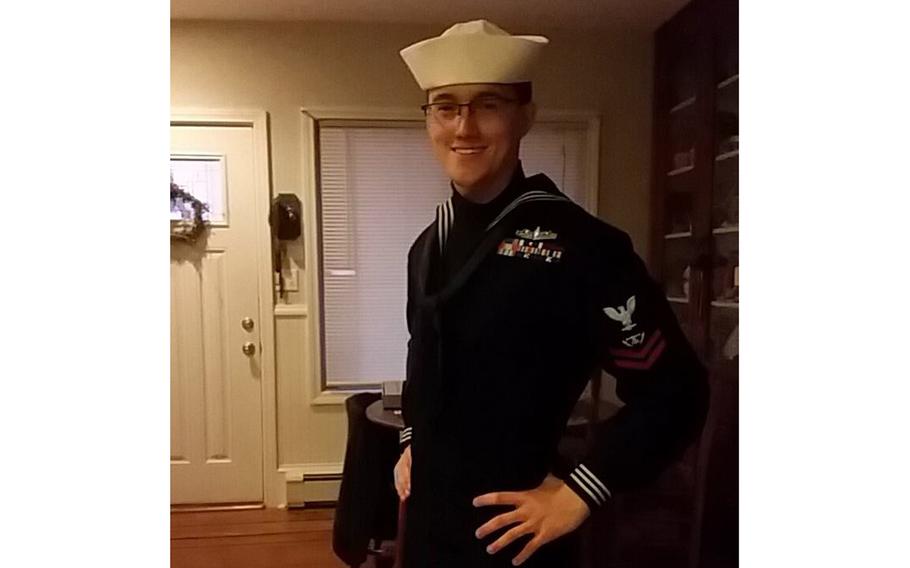 Petty Officer Christopher Clavin, a U.S. Navy sailor from Rhode Island, remains missing two days after being reported overboard from a guided-missile cruiser off the coast of North Carolina. (via Facebook)

The Navy and Coast Guard have called off search-and-rescue efforts after a sailor went overboard from the USS Normandy on Tuesday afternoon.

The guided-missile cruiser, which is based in Norfolk, Va., was conducting a training mission approximately 80 nautical miles off the coast of North Carolina when the incident took place, said Lt. Cmdr. Brian Wierzbicki, a Fleet Forces Command spokesman.

Petty Officer Christopher Clavin, 23, of Lincoln, R.I., who served as a fire controlman aboard the Normandy, was identified in the press as the missing sailor by his mother on Thursday.

“We are deeply saddened by the loss of our shipmate,” Capt. Derek Trinque, the Normandy’s commander, said in a statement. “He was an important part of the team and a friend to so many on board.”

Before the search was called off, the Navy and Coast Guard spent nearly 76 hours and covered 6,300 square miles of ocean looking for Clavin, a Navy statement said.

“We are not alone in our grief,” Trinque said. “Our hearts and thoughts are also with Chris’ mother, sister and his entire family.”

“Our thoughts are with our lost shipmate, his family, and the officers and crew of USS Normandy,” he said.

An investigation into the incident is underway.