Navy base in La., Air Force base in Miss. remain closed after Hurricane Zeta hits region 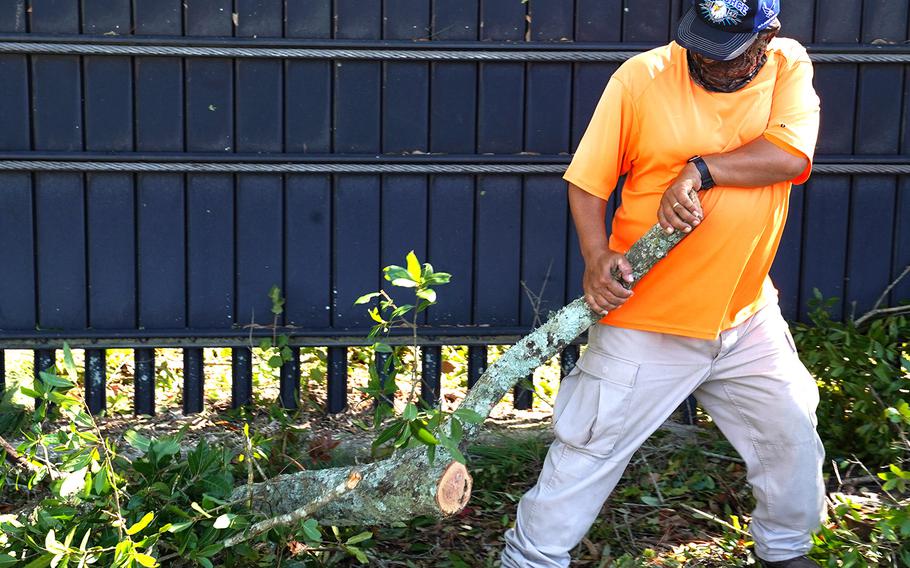 AUSTIN, Texas — A Navy base in Louisiana and an Air Force base in Mississippi were closed Thursday as military personnel survey the damage left behind after fast-moving Hurricane Zeta barreled through the region Wednesday night.

In Louisiana, Naval Air Station Joint Reserve Base New Orleans was shut down Thursday as the city remained without power. The base has 5,400 personnel who support a Coast Guard air station, several Navy and Marine Corps Reserve units and the Louisiana Air National Guard.

Located just east of where Zeta, a Category 2 hurricane, made landfall in southeast Louisiana, the New Orleans base has about 900 units of family housing and about 1,700 residents, according to the base website. Officials could not be reached Thursday to get an update on damage at the base. It is expected to reopen Friday, according to a post on Facebook.

Keesler Air Force Base, located on the Gulf Coast near Biloxi, Miss., was also closed Thursday. Officials said in a video that the Air Force base has power, but most facilities are closed to allow for damage assessment and base recovery, according to Col. Heather Blackwell, commander of about 12,000 airmen at Keesler and the 81st Training Wing.

“Minimize travel across the base and focus on your own safety and recovery throughout your house,” she instructed in a video posted to social media Thursday morning. “It’s all hands on deck to make sure the base gets clean.”

The base clocked Zeta having sustained winds of 57 mph and gusts of 90 mph, as well as a 10-foot storm surge, Blackwell said. While many facilities had some minor damage, most of the base cleanup is focused on downed trees and branches, said Maj. Joshua Daniels, spokesman for the 81st Training Wing, which manages the base.

“I would describe it as minimal damage,” he said. “Not because it wasn’t a bad storm, it was, and we have a lot of clean up, but because all of the prep work.”

This is the seventh named storm to target Keesler this year, so the base is well-versed in preparation, Daniels said.

Normal operations will resume Friday and a basic training graduation scheduled for the morning will take place as planned, Blackwell said.

The base trains about 28,000 personnel each year and has a daily student population of about 2,700, according to the base website. Aside from the Air Force, the base trains all other branches of the military in about 160 career fields.

By Thursday afternoon, the storm, which was moving at about 40 mph, had already passed through northern Georgia, North Carolina and Virginia. It’s expected to move out over the Atlantic Ocean by the evening, according to the National Oceanic and Atmospheric Administration.

As Zeta swept through the southeast, at least three people died, The Associated Press reported. About two million homes and businesses lost power.

Zeta was the third major storm to hit Louisiana this year, where nearly 2,000 National Guard troops were activated Thursday for emergency operations, said Louisiana Gov. John Bel Edwards. While some troops were assessing damage from Zeta, others were providing relief from the two previous storms while also supporting nine coronavirus testing locations and three food banks.