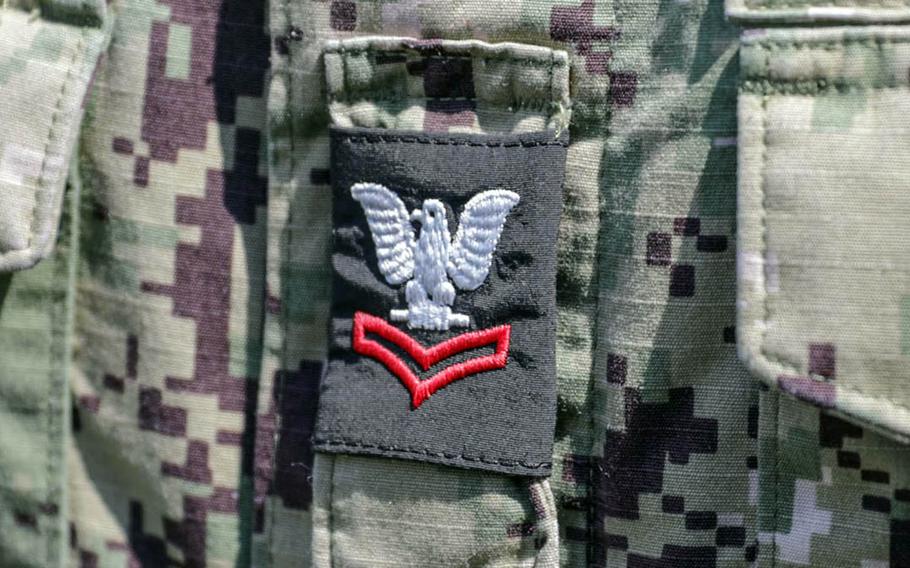 Sailors may now wear an easier-to-recognize rank insignia on their camouflage working uniforms, according to a recent Navy administrative change. (U.S. Navy)

Sailors may now wear an easier-to-recognize rank insignia on their camouflage working uniforms, according to a recent Navy administrative change.

The slip-on rank insignia is the same one that sailors wear on the cold weather parka and can be easily swapped between multiple uniforms.

“Your concerns have been heard,” states a post on the My Navy HR Facebook page. “The Navy has now authorized a new and more recognizable rank tab for optional wear.”

The change is effective immediately and authorized for enlisted and officer ranks from petty officer to admiral, according to a naval administrative message Friday.

“I’m pro-new tab,” an Okinawa-based sailor, Petty Officer 1st Class David Krigbaum, 37, said via Facebook on Wednesday. “The black tab against the green camo background is a little jarring, but I like the practicality of it. Now we just need a bigger senior chief star that can be seen from a distance.”

The new rank tab is an optional item, but sailors will be required to purchase the camouflage insignia and wear it in a tactical environment or training scenario.

Uniform policy updates help retain sailors and result from multiple sources of feedback, according to the Navy message, NAVADMIN 292/20.