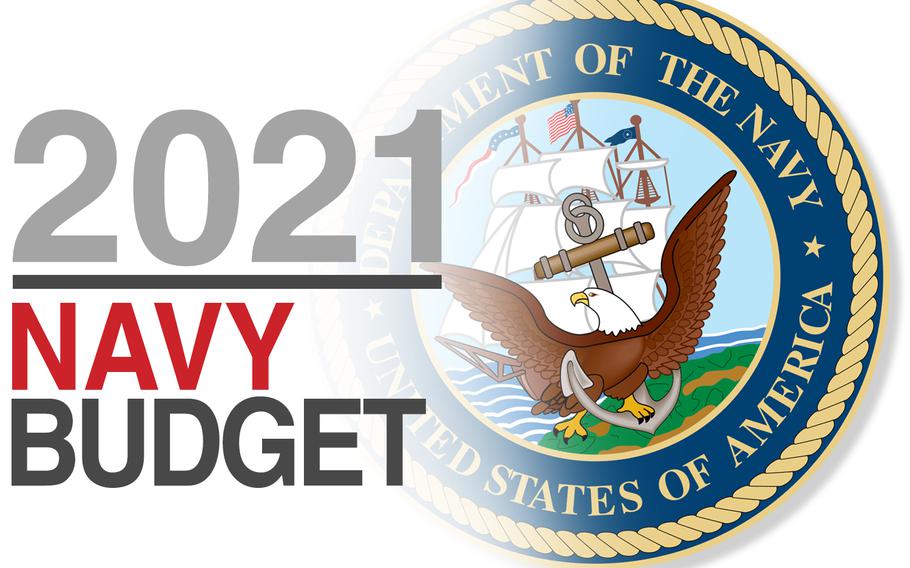 The Navy is requesting $207.1 billion, of which $194.1 billion is for its base operations and $13 billion for Overseas Contingency Operations. This is a $2.9 billion decrease from 2020, with an 8.3% reduction in procurement to fund a 3.8% increase in operations and maintenance, a 6.4% increase in military personnel, and a 5.1% increase in research and development, according to the Navy’s budget request document released Monday.

The Navy’s total budget request includes the funding for the Marine Corps. The Navy-specific base operations budget is $161 billion and $11.2 billion for Overseas Contingency Operations funding.

The Navy’s realignment towards meeting the challenges of great-power competition laid out in the 2018 National Defense Strategy has forced the service to rearrange $80 billion in its budget and find $1.4 billion in savings for 2021, according to their budget request.

Operations and maintenance funding again make up the largest share of the Navy’s budget request with $70.6 billion. Procurement is $57.2 billion, with $19.9 billion for accruing ships, a decrease of $4.1 billion from the 2020 budget. About $55.2 billion will be spent on personnel and $21.5 billion on research, development, test and evaluation. Infrastructure gets $2.6 billion, or 1% of the total request.

The Navy wants to grow its personnel number to close staffing gaps on ships and meet the recruiting needs that come with newer ships in their fleet. For active-duty personnel, the Navy requested 7,300 sailors for an end strength of 347,800, up from 340,500 in 2020. The Pentagon budget request includes a 3% pay raise for personnel.

The Navy’s aim in each year’s budget is to move towards its total battle-force requirement of 355 ships by 2030. However, the 2021 request has a 17% reduction in shipbuilding procurement, from $24 billion to $20 billion. The procurement funding is to be reinvested in areas of operations and maintenance, personnel, and research and development, Rear Adm. Randy B. Crites, the deputy assistant secretary of the Navy for budget, told reporters Monday at the Pentagon.

The 2021 budget request also restores nuclear reactor core refueling for the aircraft carrier USS Harry S. Truman. This issue caused congressional outrage last year as the Navy proposed taking the ship’s refueling money to reinvest in technology and other ship platforms, which cut the lifecycle of the Truman in half. The refueling for the ship will start in fiscal year 2025.

The service is also looking to have two large unmanned surface vessels, though they are not calculated towards the battle-force ship count.