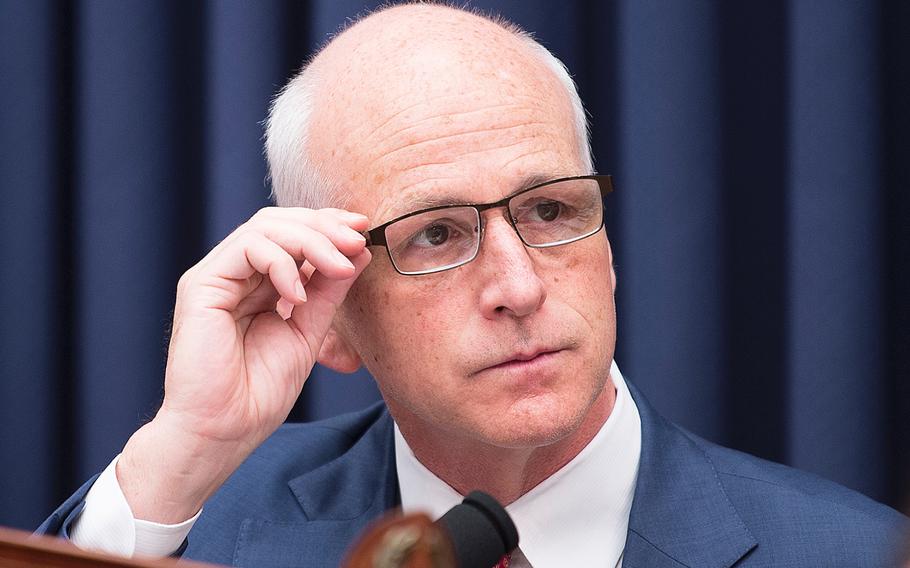 Buy Photo
Chaiman of the House Armed Services Committee Rep. Adam Smith, D-Wash., attends a hearing on Capitol Hill in Washington on March 10, 2020. At an event about the future of defense spending hosted by the Ronald Reagan Institute on Tuesday, April 13, 2021, Smith said "the goals that [the National Defense Strategy] lays out are basically unachievable." (Carlos Bongioanni/Stars and Stripes)

WASHINGTON — The chairman on the House Armed Services Committee said Tuesday that the United States must review its national defense policy, as lofty goals set by former President Donald Trump’s administration in the 2018 National Defense Strategy are overly ambitious.

"The goals that [the National Defense Strategy] lays out are basically unachievable,” Rep. Adam Smith, D-Wash., said at an event about the future of defense spending hosted by the Ronald Reagan Institute.

Smith argued the document’s long list of aims – winning an “all-out” war with China, countering Russian aggression, bolstering the U.S. nuclear arsenal, and deterring North Korea – is not only extremely costly, but requires more military personnel to achieve than the U.S. has now.

“We don’t have the people to meet that many different needs, to fight that many battles at the same time… we’re sort of perpetually chasing our tail,” he said.

“We need to get back to a core principle of what is truly necessary and what is possible,” the congressman said.

The Trump administration established the National Defense Strategy in 2018 to shift the military’s focus from counterterrorism operations to “great-power competition,” namely with China and Russia. But the strategy also includes a number of other objectives such as maintaining the balance of power in the Indo-Pacific region, Europe, the Middle East, and the Western Hemisphere, as well as promoting military modernization programs.

“While I say that our current National Defense Strategy is too big, too ambitious and too unrealistic in terms of what our needs are, I also feel very strongly the U.S. must be actively engaged in the world to create a more peaceful and prosperous world,” he said.

The U.S. military has been effective at providing security in some places, such as in South Korea, other parts of Asia and Europe, Smith said. However, the lawmaker argued the U.S. relies too heavily on the military to provide international stability and armed forces should only be a part of that equation.

“We have become excessively reliant on the military as a deterrent tool… Afghanistan is a great example,” Smith said.

The U.S. has aimed to create a peaceful and stable government there, with respect to human rights, he said. However, during two decades of conflict, the U.S. military has not been able to achieve those goals, Smith said.

On how to counter China, Smith said instead of growing the U.S. military exponentially, the U.S. must build alliances “and have enough of a credible threat to bloody their nose.”

He also added the U.S. could have a more “conservative” approach when it comes to dealing with the threat of Russia by strengthening alliances.