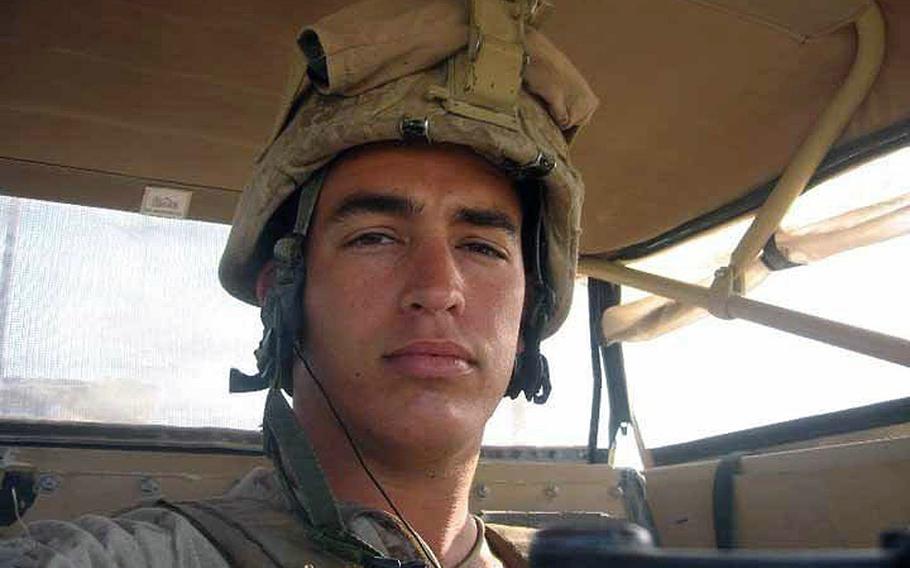 Sgt. Andrew Tahmooressi looks down from his seat in a Marine combat vehicle during one of his combat tours in Afghanistan sometime between 2010 and 2012. Tahmooressi is now in a Tijuana prison on weapons charges. (Courtesy of Jill Tahmooressi)

WASHINGTON — A Marine veteran with PTSD who has been imprisoned in Mexico on weapons charges for the past six months may be released within weeks, his mother and House lawmakers said Wednesday.

Rep. Ed Royce, R-Calif., the full committee chairman, said he was told by Mexico’s attorney general that the finding clears the way for Tahmooressi’s release back to the United States where he can again receive treatment for the condition.

Tahmooressi’s case has become a cause celebre following his arrest and imprisonment in March on charges that he crossed the border from San Diego with three registered guns, which is a crime under Mexican law. The House convened a mostly GOP hearing Tuesday and heard impassioned pleas from his mother, a fellow Marine and former talk-show host Montel Williams to keep pressure on the Mexican government.

“I believe we are just several weeks away [from his release]. We are hopeful,” said Jill Tahmooressi, a Florida nurse who has campaigned energetically for her son’s return.

The Mexican government may allow the release because it said it cannot provide the mental health treatment Tahmooressi needs.

The Afghanistan vet had been diagnosed with PTSD in the United States just days before he was detained in March by Mexican border authorities.

His mother said Wednesday that he had made a wrong turn into a barricaded border crossing lane and could not turn back, despite notifying Mexican border agents of the weapons and calling U.S. authorities.

“No one was able to help him including the 911 operator,” she said.

During his six-month confinement, Tahmooressi attempted to escape and commit suicide and also feared torture. He was once restrained with chains on a cot, according to his mother. Tahmooressi was recently transferred to a new prison and given his own cell, but she and other advocates said he still desperately needs PTSD treatment.

“Every day that he is down there is a day he will need to readjust to civilian life” when he returns, said Sgt. Robert Buchanan, a Marine Corps veteran who served with Tahmooressi in Afghanistan. “Isolation is the last thing anyone needs.”

Pete Hegseth, CEO of the Concerned Veterans for America advocacy group, said his condition could become permanent if not treated or lead to death through a successful suicide attempt.

“His condition has only been exacerbated by his treatment there [in prison] and his lack of treatment in the United States,” he said.

Meanwhile, House Republican lawmakers, who returned to Washington in the midst of mid-term election campaigning for the hearing Wednesday, hammered President Barack Obama and his administration on its handling of the case.

Rep. Matt Salmon, R-Ariz., the Foreign Affairs subcommittee chairman, said the administration negotiated the release of five Taliban fighters in exchange for Army Sgt. Bowe Bergdahl earlier this year but has left Tahmooressi to languish in a foreign prison.

“I am mystified that President Obama couldn’t find time while negotiating with terrorists to call our ally Mexico and negotiate for the return of our Marine,” he said.