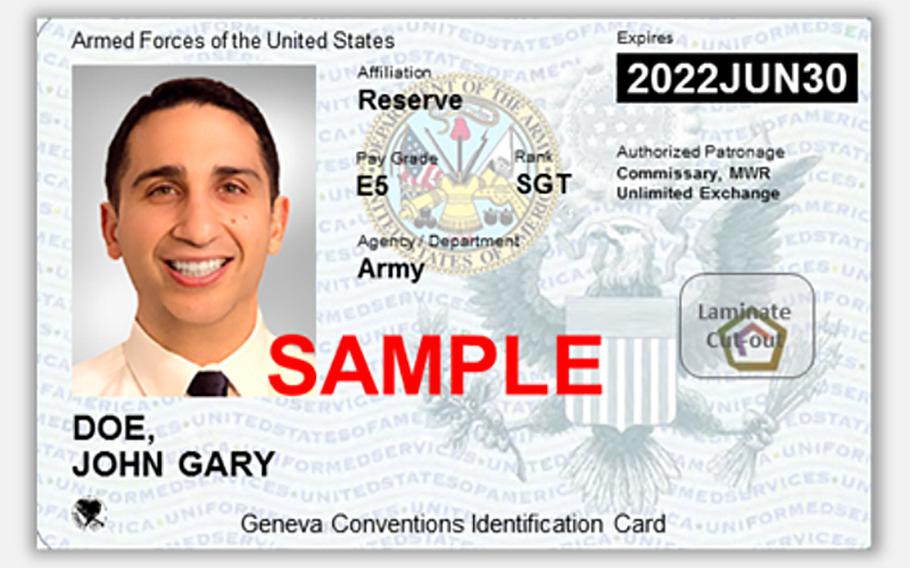 WASHINGTON — The Defense Department is replacing its 30-year-old identification cards for military families, retirees, and civilian workers in an effort to upgrade the cards and avoid security risks.

The Defense Department began issuing the new IDs in July and some are already in circulation. But Michael Sorrento, director of the Defense Manpower Data Center, said cardholders don’t have to scramble for the new IDs. In the midst of the coronavirus pandemic, he said he doesn’t want ID facilities jam-packed with people, so the old cards do not need to be replaced until they expire or the phase-out date in January 2026.

However, only about 20 sites now issue the new cards due to the equipment required to make them. But all ID sites worldwide will likely have the new equipment by the end of the year, according to a Defense Department news release.

Sorrento said the change is needed because the old IDs have “virtually no security features” and the modern updates can help civilians be processed through security checkpoints more quickly. The new IDs are enhanced with security features to deter counterfeiting and fraud, and could eventually be used to order future replacement cards online and delivered through the mail, rather than going to an ID center in person.

This will be the first change to IDs in the DoD civilian worker and veteran community since 1993. Sorrento said they are “essentially the CAC [Common Access Card] card without the chip. CACs are the ID cards issued to service members and some DoD civilian workers, and the card’s built-in chip allows them to access online resources through DoD computers.

People eligible for the next generation ID card are members of the ready Reserve, inactive National Guard, non-CAC eligible civilians, Medal of Honor recipients and 100% disabled veterans. Getting the new card is free of charge.

Sorrento said it’s possible in the future that physical cards might not be needed as much and the DoD might shift towards digital IDs. He did not give details on what that would look like, but he said the underlining technology for the new cards supports that possibility.