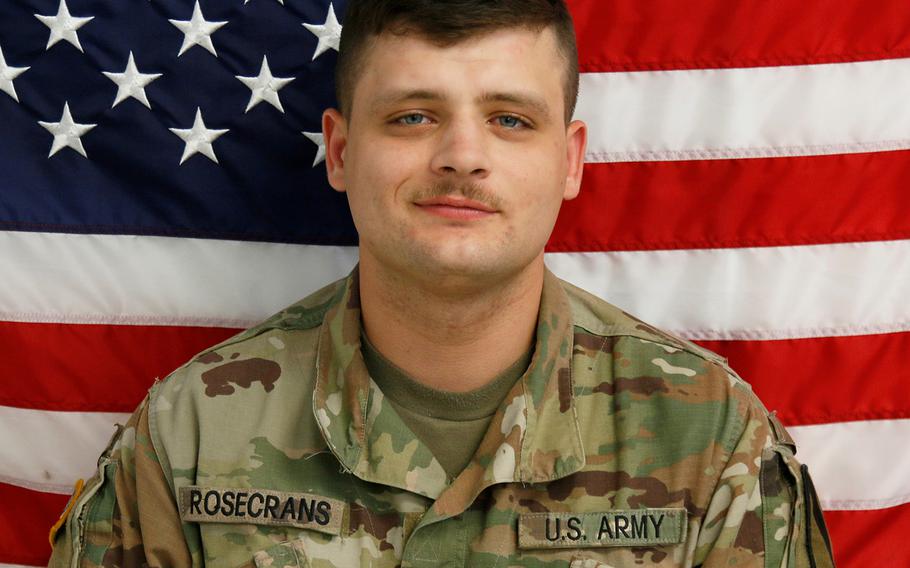 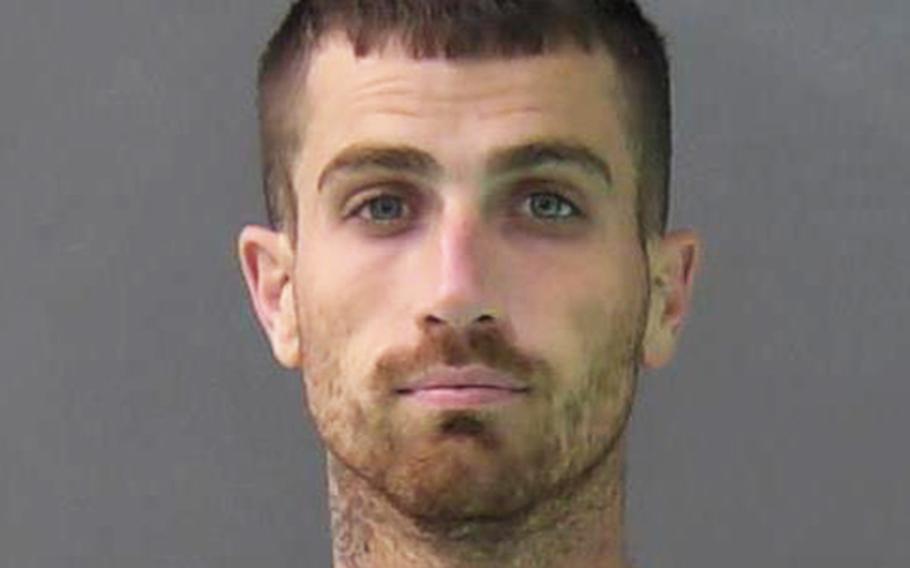 FORT HOOD, Texas — A 28-year-old man was arrested and charged with murder in the death of a Fort Hood soldier whose body was found in a residential area miles from his burning vehicle, local police said Thursday.

Officials issued an arrest warrant Wednesday for Brandon Michael Olivares, a resident of Killeen, in connection with the death of Pfc. Brandon Scott Rosecrans.

Olivares, 28, was already in the custody of the Bell County Sheriff’s Department on unrelated charges. The warrant was served at the Bell County Jail, according to police. Olivares was arraigned Wednesday and his bond set at $1 million.

Rosecrans, 27, was found unresponsive with a gunshot wound May 18 at about 10:17 a.m. on the 2100 block of Fuller Lane in Harker Heights, a small town near Fort Hood, according to the Harker Heights Police Department.

Investigators determined Olivares was in the vehicle with Rosecrans that morning when he shot the soldier and left him “in an area adjacent to the roadway,” police reported.

Minutes after police were called about Rosecrans’s body being found the residential area, fire officials were notified of a burning vehicle on the 2500 block of Jubilation Drive, a residential street about 4 miles from Fuller Lane.

Police did not indicate whether Olivares would face any charges related to the vehicle fire. The jail log listed Olivares as charged with murder and a charge from June of being a felon in possession of a firearm.

Olivares is not an active-duty or former soldier, according to information provided to Fort Hood Public Affairs from Army Human Resources Command.

Rosecrans, who is from Kimberling City, Mo., entered the Army in May 2018 as a quartermaster and chemical equipment repairer and has been assigned to the 3rd Armored Brigade Combat Team, 1st Cavalry Division since November 2018, according to Fort Hood officials.

Aside from Rosecrans, four Fort Hood soldiers have been killed this year and three of the cases remain unsolved. Spc. Shelby Jones was killed March 1, Spc. Freddy Delacruz was killed March 14 in a triple homicide and the remains of Pvt. Gregory Wedel-Morales were found June 19 in a field. Each of those deaths occurred in Killeen and remain under investigation by the city’s police department.

Spc. Vanessa Guillen was killed during the workday at Fort Hood by fellow soldier Spc. Aaron Robinson, who later killed himself.