US expands sanctions on Russia's 'brutal' Wagner Group
The Biden administration on Thursday expanded U.S. sanctions against Russia's Wagner Group and related companies and individuals for their role in the war in Ukraine and mercenary activities, including human rights abuses, in Africa. 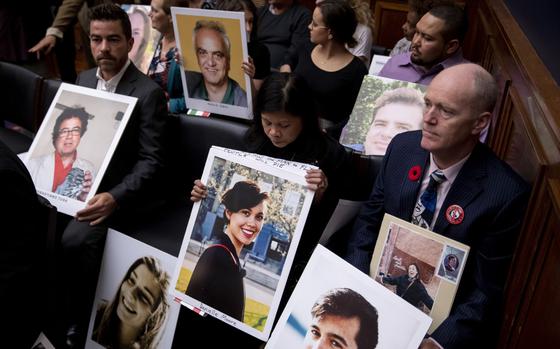 Boeing pleads not guilty in fraud case over 737 Max crashes
The airplane manufacturing giant’s arraignment in federal court in Fort Worth, Texas, marks the first time the company has been forced to publicly answer to a criminal charge connected to the disasters. 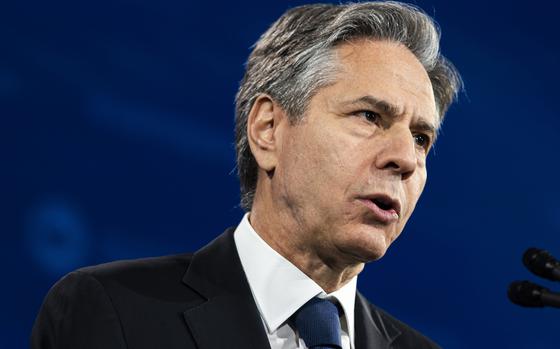 Blinken headed to Mideast as US alarm over violence grows
Secretary of State Antony Blinken will travel to Egypt, Israel and the West Bank this weekend in his first trip to the Middle East this year, amid an escalation in Israeli-Palestinian violence, U.S. concerns over the direction of Israeli Prime Minister Benjamin Netanyahu's new government and ongoing issues with Egypt's human rights record. 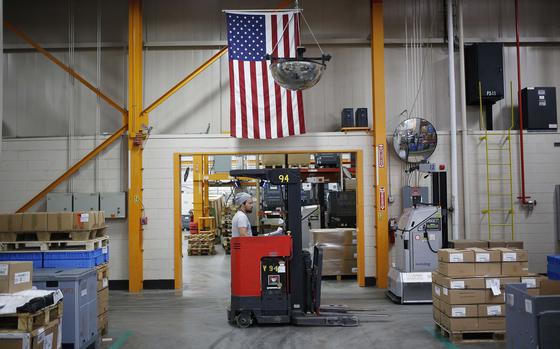 US economy grew 2.1% in 2022, but recession fears linger
The latest GDP figures point to a strong but slowing economy that has been tempered by the Federal Reserve’s aggressive efforts to control inflation. 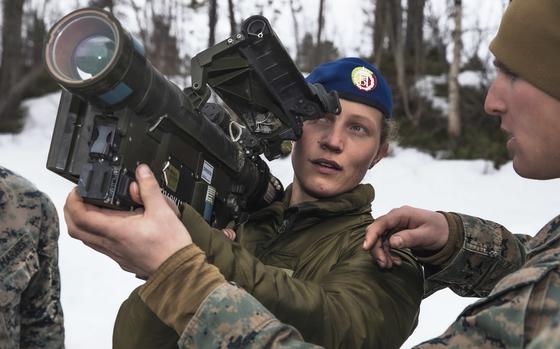 US arms sales way up as partners respond to Russia’s war and Chinese modernization
U.S. foreign arms sales skyrocketed in 2022, increasing by nearly 50% from the previous year as allies and partners muscled up amid concerns over Russia and China, U.S. officials said. 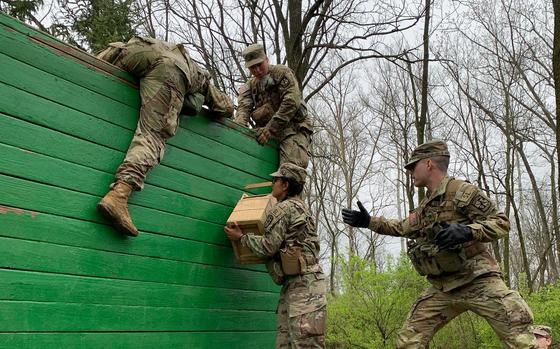 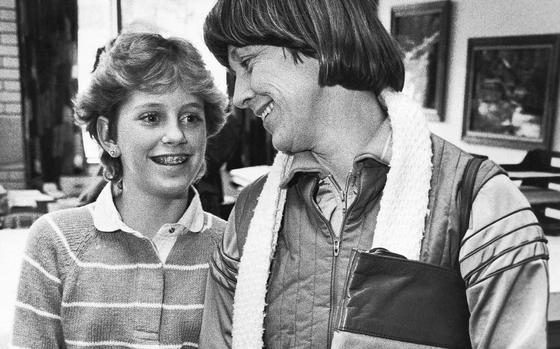 How classified documents became a schoolgirl’s show and tell
As a different sort of show and tell unfolds in Washington over the mishandling of state secrets by the Trump and now Biden administrations, the schoolgirl episode from four decades ago stands as a reminder that other presidents, too, have let secure information spill. 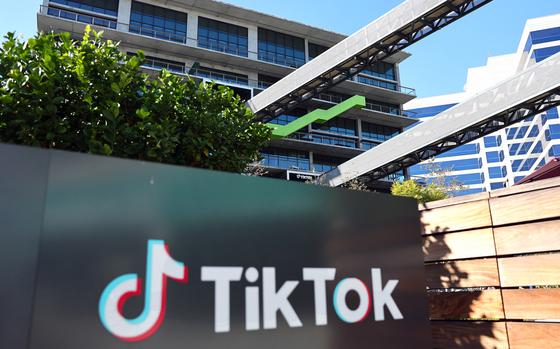 Biden has never been under more pressure from Congress to ban TikTok
The growing clamor in Congress to completely ban the popular social media platform TikTok in the U.S. raises the stakes for the Biden administration, which is in the late stages of reviewing the security risks of the app. 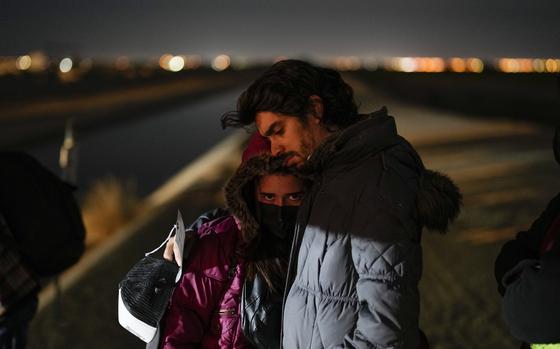 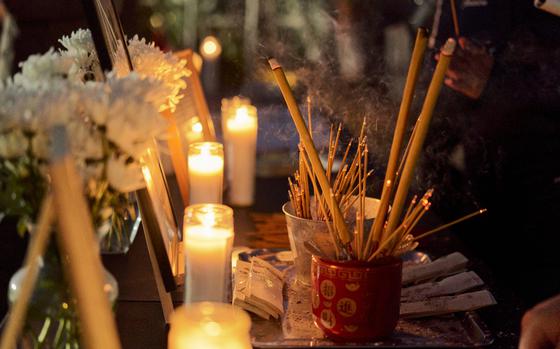 California shootings shared an oddity: Both suspects were senior citizens
The gunman who killed 11 people in Monterey Park, Calif., and the man suspected of killing seven people in the Half Moon Bay area on Monday are among the oldest suspected mass shooters in U.S. history. 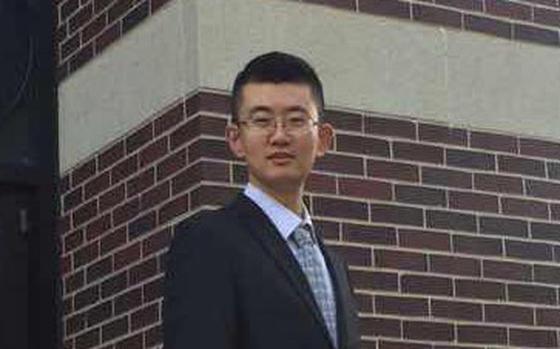 Ex-student gets 8 years for spying for Chinese government
A federal jury in Chicago in September convicted Ji Chaoqun, 31, of conspiracy to act as an agent of China’s Ministry of State Security without notifying the U.S. attorney general, acting as a spy in the U.S., and lying on a government form about his contacts with foreign agencies. 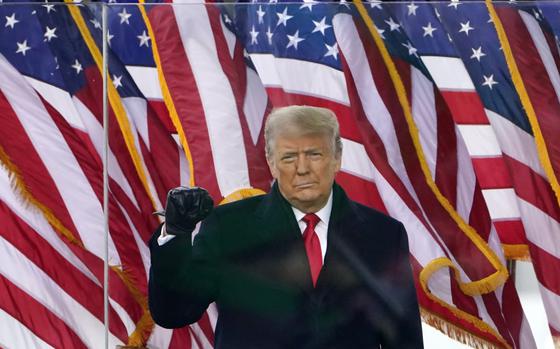 Donald Trump to be allowed back on Facebook after 2-year ban
Facebook parent Meta says it will restore former President Donald Trump's personal account in the coming weeks, ending a two-year suspension it imposed in the wake of the Jan. 6 insurrection. 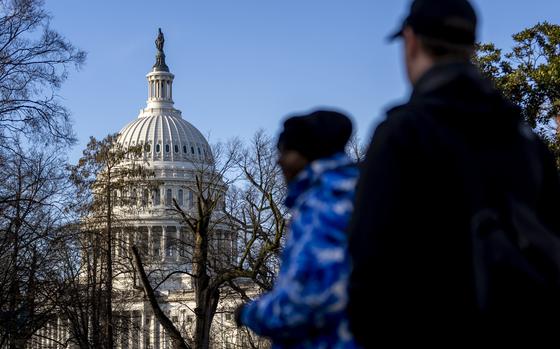 House commends Iranian protesters in bipartisan vote
The U.S. House overwhelmingly approved a resolution expressing solidarity with people in Iran who have been risking imprisonment and even death to protest against the country's theocracy. 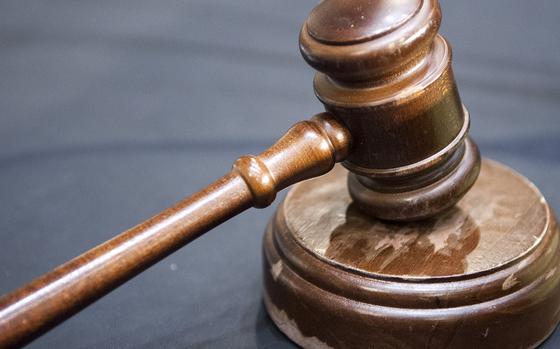 Alabama Army reservist pleads guilty to stealing $53,000 from Department of Defense
According to the plea agreement, between 2016 and 2020, while both an active Army reservist and Army civilian employee at the Army Reserve’s Deployment Support Command in Birmingham, Sgt. 1st Class Jared Barton submitted false travel claims and associated timecards to be reimbursed for official travel he did not undertake. 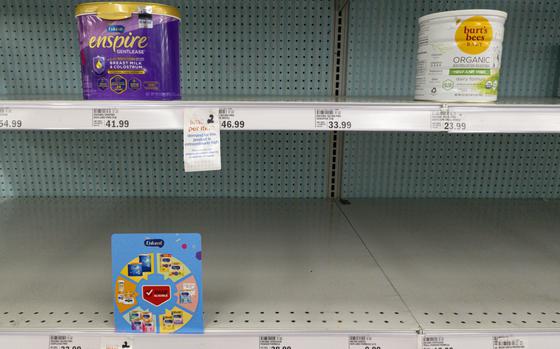 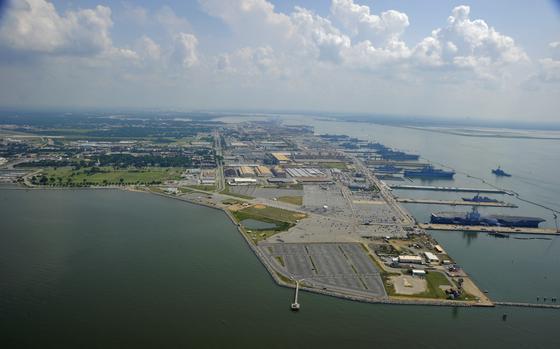 Spirit of Norfolk ship fire hearings to begin as Coast Guard searches for answers
The Coast Guard will hear public testimony beginning this week as part of its investigation of the fire that decimated the cruise ship Spirit of Norfolk at Naval Station Norfolk last summer. 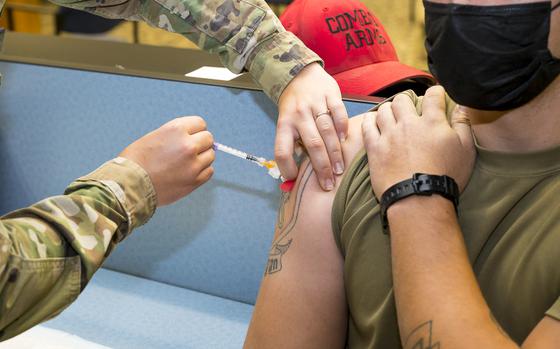 Republicans introduce bills to reinstate service members fired over coronavirus vaccine mandate
Two companion bills introduced in the Senate and House this week prohibit the Pentagon from replacing the mandate with another and call for the reinstatement and restoration of rank for troops separated or demoted due to their vaccine status.