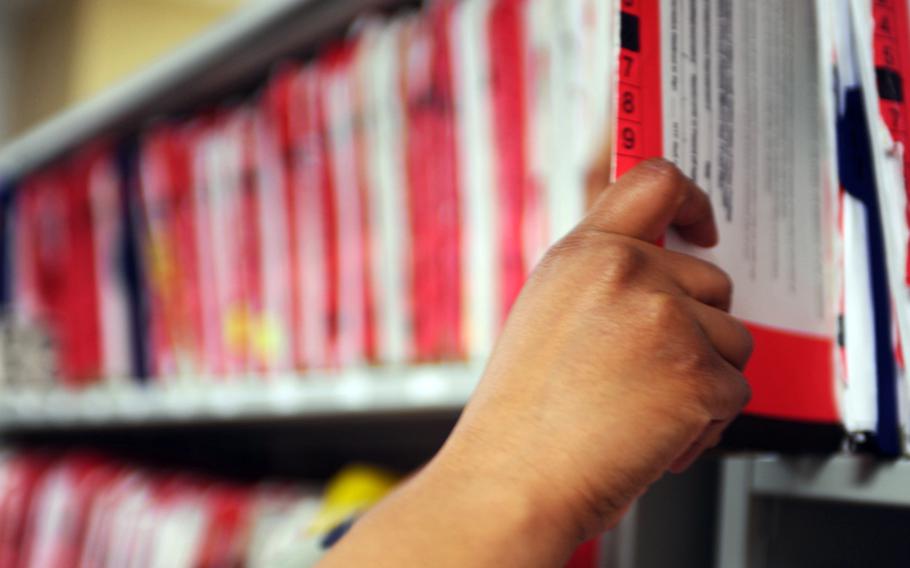 The person selected to lead a multibillion-dollar overhaul of the Department of Veterans Affairs' electronic health records resigned on Aug. 24, 2018 only one month after taking the job, leaving one lawmaker concerned about “deteriorating and rudderless” leadership on the massive project. (Kasey Zickmund/U.S. Air Force photo)

WASHINGTON — The person selected to lead a multibillion-dollar overhaul of the Department of Veterans Affairs' electronic health records resigned Friday only one month after taking the job, leaving one lawmaker concerned about “deteriorating and rudderless” leadership on the massive project.

In May, the VA signed a 10-year, $10 billion contract with Kansas City, Mo.-based Cerner Corp. to replace its antiquated electronic health record system – a project intended to allow veterans to track their care through the VA, Department of Defense and private medical providers. During his confirmation process, VA Secretary Robert Wilkie named the project as one of his top priorities for the agency.

The VA established a new office in July to manage the overhaul and selected Genevieve Morris to lead it. She resigned Friday, citing differences with VA leadership.

“Over the last few weeks, it has become clear to me that VA’s leadership intends to take the [electronic health record] modernization in a different direction than we were headed,” Morris wrote in a resignation letter that she posted to Twitter. “[S]ince my service as [chief health information officer] was always intended to be an interim solution, I am offering my resignation to the administration effective immediately.”

In response, Wilkie thanked Morris for her service and named a new leader for the project – John Windom, who worked with Morris as the executive director for the Office of Electronic Health Record Modernization.

“VA will benefit from John’s strong background on this project, as it begins the transition to the new system for the benefit of veterans’ care in the future," Wilkie said Monday in a statement.

The leadership change prompted worry from Rep. Jim Banks, R-Ind., who is chairman of a new congressional subcommittee tasked with overseeing VA technology. The subcommittee's first hearing is scheduled for Sept. 13.

In a letter to Wilkie on Friday, Banks wrote he was concerned about vacancies in the Office of Electronic Health Record Modernization. Banks has been unable to meet with VA officials who lead efforts on the electronic health record.

“It would be a tragedy for the program to be undermined by personality conflicts and bureaucratic power struggles before it even begins in earnest,” Banks wrote. “I am dedicated to pursuing a constructive oversight agenda to encourage VA to make the right decisions, but any engagement is difficult without stable leadership.”

Banks said Morris’ departure came at a critical point in the project, when the VA is “making the most pivotal decisions” about the new system’s design. He asked Wilkie to send him an organizational chart of people who work in the Office of Electronic Health Record Modernization by Sept. 7.