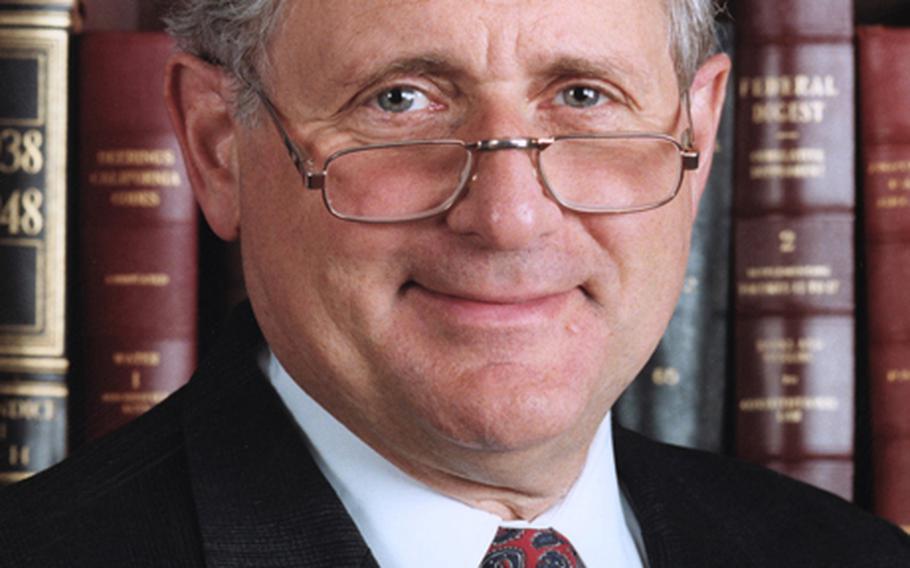 WASHINGTON — One of the biggest sources of veterans’ disappointment in the breakthrough budget deal passed by the House on Thursday night may soon get a fresh, second look — a trim in military pensions.

Senate Armed Services Committee Chairman Carl Levin, D-Mich., said Friday he shares the concerns raised this week by veterans’ advocacy groups about the one percent cut in annual cost-of-living increases for non-disabled veterans under 62 years old, and will use his committee to review it after the holiday recess.

The COLA cut generated $7 billion towards the budget deal that is expected to pass the Senate next week, but it infuriated veterans groups. Since the House adjourned Friday for the rest of the year, the bill cannot be amended, so the change is all but certain to go into law.

The Military Officers Association of America has estimated it will cost a retiring Army Sergeant first class about $3,700 a year and a typical retired officer more than $124,000 over 20 years. And in a letter to Congress and the White House on Wednesday, members of the Military Coalition — 33 veterans and military advocacy organizations — called the proposal “an egregious breach of faith.”

The Veterans of Foreign Wars was even more blunt, issuing a statement this week that said the proposal “should be buried.”

Levin's Friday statement reminded the public that the change won’t take effect until December 2015, and that his committee will review the issue after it reconvenes in January, long before the change takes effect. He also noted that a review of the military retirement and compensation system is underway by an independent panel.

Speaking to Stars and Stripes, Levin said the COLA cut could be reversed and fixed retroactively.

“I don’t know anyone who’s happy about (the deal),” Levin told Stars and Stripes. “We’re going to review it. We’re going to look at the whole benefits issue for veterans … I can’t obviously make a commitment, but I am committed to reviewing this and looking at the impacts.”

Levin’s counterpart, House Armed Services Chairman Buck McKeon, R-Calif., has also expressed concern about the cut in pension pay. Noting the independent panel’s current study of possible reforms, he called for the panel to avoid incremental changes such as the COLA change because they “generate uncertainty and are corrosive to the all-volunteer military.”

“If we are going to change compensation, I would prefer it to be done at one time in a transparent manner that considers the entire spectrum of compensation. By impacting the pensions of current military retirees while grandfathering current civilian employees, this particular provision represents an imbalance,” McKeon said.

Sen. John McCain of Arizona, a senior Republican member of the Senate Armed Services Committee, called complaints about the pension cut “very legitimate” Friday. But since far-right Republicans in the House were prepared to shut down the government again, he said the change was a forced choice.

“Shutting down the government would be terribly harmful as well. Because of this process we’re in, we’re faced with hot-seat choices,” McCain said. “The whole atmosphere here is totally poisoned. There’s no cooperation, there’s no comity, and it can’t get much worse.”