'Last of Us: Remastered' transforms a beautiful classic into a stunning one 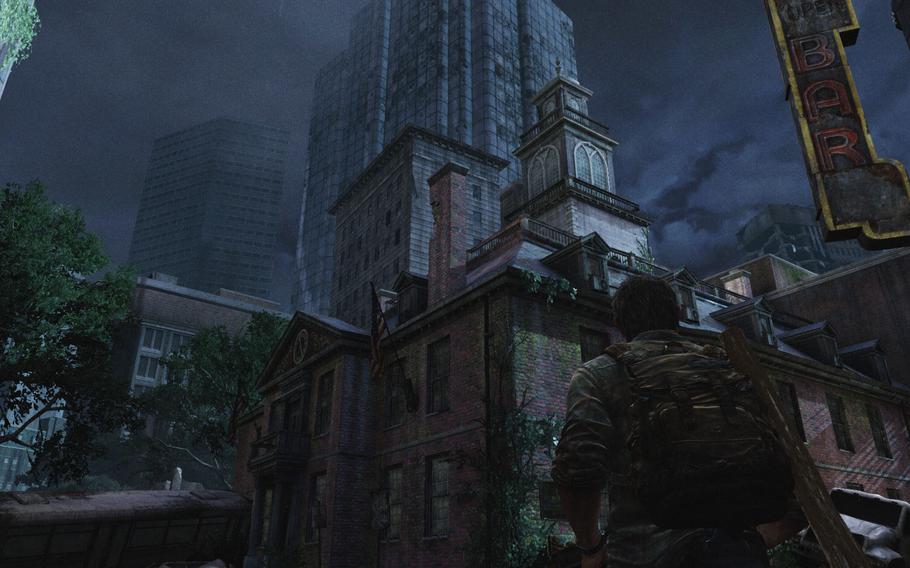 The updated visuals of "The Last of Us: Remastered" make the game easily one of — if not the — most impressive looking consoles games out there. (Screenshot)

The updated visuals of "The Last of Us: Remastered" make the game easily one of — if not the — most impressive looking consoles games out there. (Screenshot) 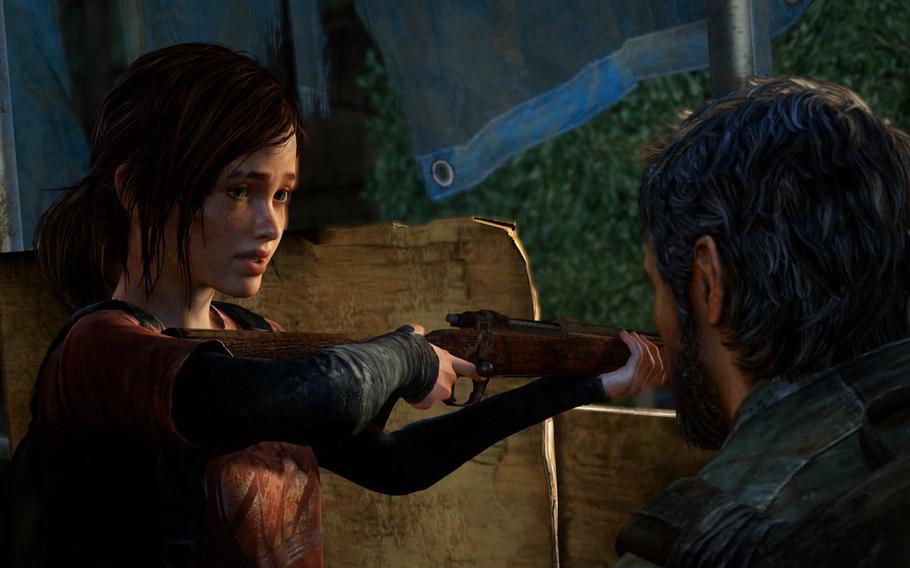 The updates to "The Last of Us: Remastered" include the addition of the post launch DLC, a refined multiplayer mode and a bevy of visual upgrades. The story and gameplay remain the same as the original version of the PlayStation 3 classic. (Screenshot) 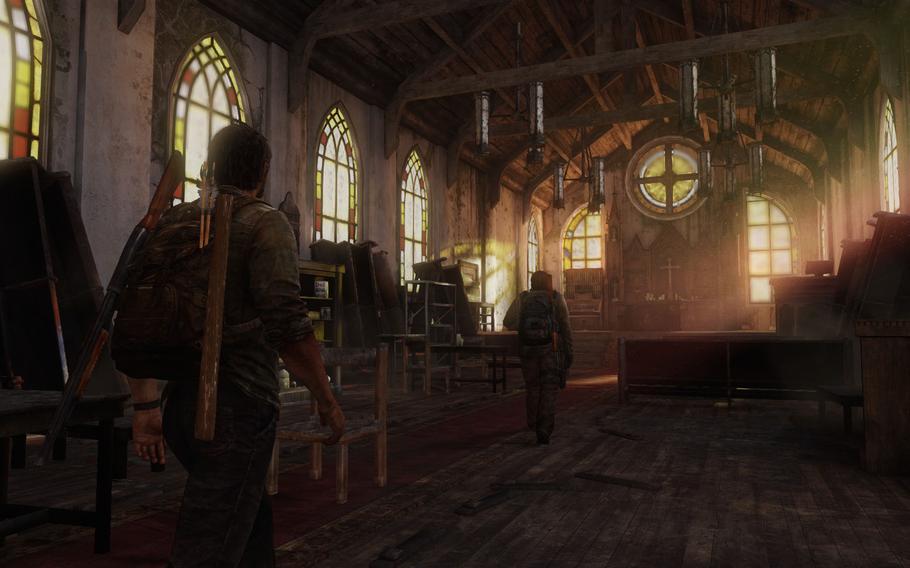 With the upgraded visuals, players both old and new will see details that would have been more obscured by the relatively lower resolution and less refined textures of the PlayStation 3 version of "The Last of Us." (Screenshot) 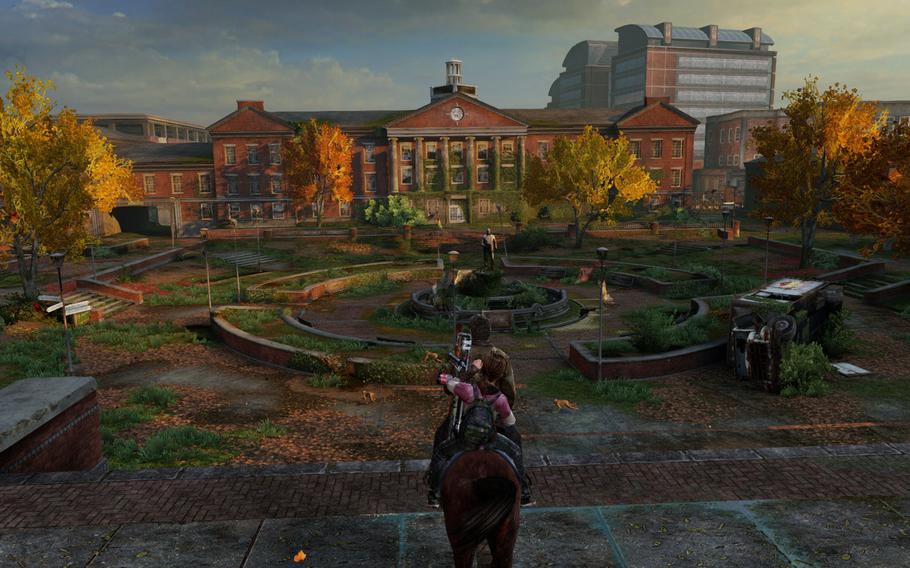 "The Last of Us: Remastered" adds a photo mode that allows players a chance to see the world from angles not previously visible. (Screenshot) 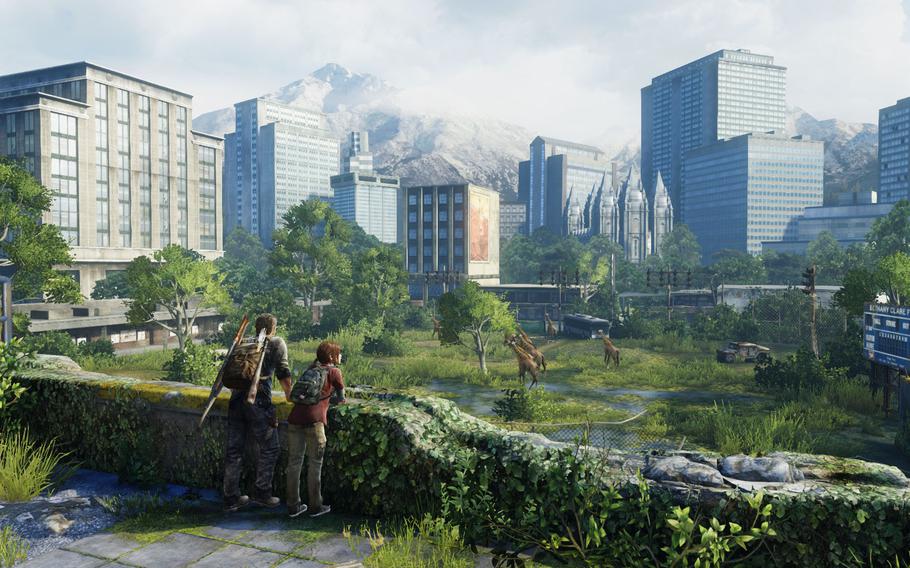 Even if you have already played"The Last of Us" on the PlayStation 3, this new updated version may be worth a purchase, thanks to the new visuals, photo mode, including DLC and of course, the story that remains one of the best in video game history. (Screenshot)

Before Naughty Dog released “The Last of Us” last year, there was a certain level of expectation for what a game from the studio responsible for the “Uncharted” series would turn out like. It was assumed that it would be beautiful to look at — after all “Uncharted” is one of the most visually detailed games around. Fans expected great voice acting and interesting set pieces, based on the studio’s output to that point.

What they could not have anticipated, however, was the impact “The Last of Us” would go on to create. Not only did the deeply emotional exploration of humanity disguised as a third person shooter run away with nearly every game of the year award imaginable, it has remained solidly in the discussion for one of the best games ever created.

The only real downside to the game is that it was released toward the end of the PlayStation 3’s life cycle and as such, people waiting for the inevitable hardware refresh missed out experiencing a gaming cultural touchstone.

That’s a problem the recent release of “The Last of Us: Remastered” is aiming to fix.

Right off the bat, if you’re one of the players who missed out on this game the first time around, it’s absolutely worth picking up. The components that made the game so memorable — the story, its themes and gameplay — remain unchanged.

Joel and Ellie’s journey across a post-apocalyptic America still resonates a year later, perhaps even more so with a bit of space between the release hype and today. It doesn’t hurt that “Remastered” includes a visual fidelity overhaul that now include the game running at a silky-smooth 60 frames per second (with an option to cap it the original 30fps) native 1080p resolution and upgraded textures that have brought the game from beautiful to stunning.

The game was never ugly, but it’s now exceptionally detailed and really has to be seen to in motion for it to really be appreciated. In fact, Naughty Dog is so proud of what their artists and programmers were able to do with “Remastered” that they’ve also included a photo mode that can turned on and off at any point in the game. I spent more time than I care to admit in this mode just taking screenshots of the gorgeous backdrops.

The inclusion of the post-release DLC to the package is the other big addition to the overall experience. Personally, I would strongly recommend completing the extra missions after the main story is complete, as some parts of them expand upon things that happen in the main story.

Naughty Dog also included a new difficulty level titled “Grounded,” which strips away the listen mode and greatly increases the intelligence of the enemies, while reducing the amount of supplies in the world. This mode is strictly for those who enjoy suffering, but it’s a nice addition for returning fans who already know what challenges lay around the corner.

Now, even with those additions to the original game, it still remains largely the same game that millions of people played last year. If you’re a newcomer to the series, “Remastered” is an easy recommendation. “The Last of Us” is a game that should be played by anybody considering themselves a fan of video games.

But if you’ve already played it on the PlayStation 3, is it still worth your hard-earned dollars? I would say yes, but with a caveat. As much fun as I had revisiting one of my favorite games and playing around with the photo mode, it’s very much the same game I played just 13 months ago. I’m still shooting cordycep-infested abominations, dragging around platforms and hunting down ladders.

The upgraded visuals helped to lessen some of the monotony, but no amount of high-resolution leaves can detract from the fact that I’ve already been there and done that. That’s not to say I didn’t enjoy my time revisiting one of the better games ever created, but your personal enjoyment of “Remastered” will be strongly tied to how often you enjoy replaying games.

If you’re looking for anything massively new, you might be disappointed, but if you’re looking to see what happens when a studio takes one of the best games ever made, and then improves upon it in every conceivable way, “The Last of Us: Remastered” is a definite purchase.

Bottom Line: Newcomers to “The Last of Us” should buy this immediately, fans revisiting it probably should as well.