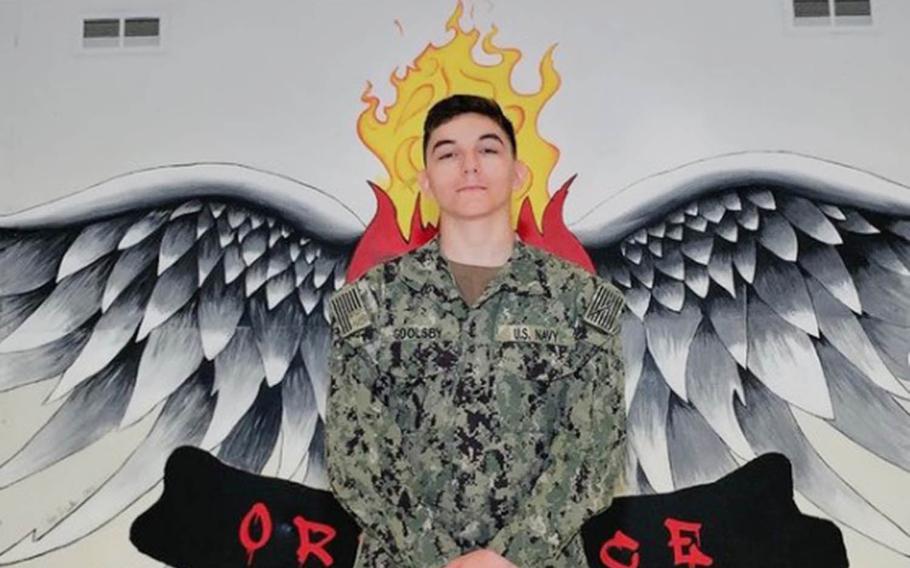 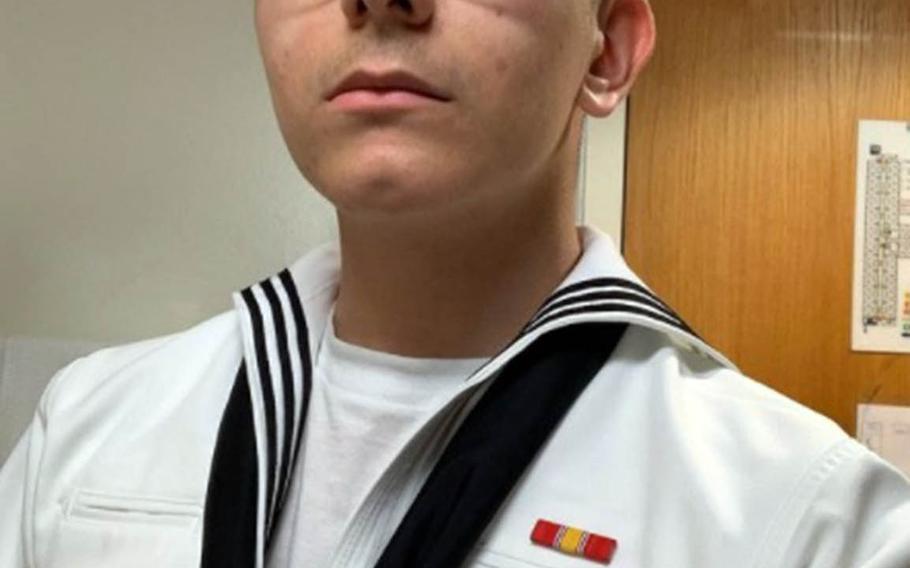 The Navy on Saturday ended its 55-hour search for the 20-year-old sailor after the Coast Guard, six Navy vessels and aircraft searched more than 607 square miles for Goolsby, who went overboard Thursday morning off the coast of Southern California.

Goolsby, an aviation ordnanceman from San Antonio, Texas, had been in the Navy about a year and reported to the Theodore Roosevelt in July, the Navy's 3rd Fleet said in a statement confirming his identity Monday.

Though the formal search was called off, Kelly Goolsby wrote that Anduze told him “the U.S. Navy and the U.S. Coast Guard and their supports would continue to remain vigilant for a probable recovery of our son’s remains.”

“We are grateful for the search and recovery efforts related to us by the U.S. Navy,” Kelly Goolsby wrote. “We remain hopeful that they will continue to search for our only son’s remains. The family would like to have his body recovered so that a proper burial can be held in his honor.”

Ethan Goolsby had a “kind heart, warm sense of humor” and was “very proud of the U.S. Navy and the service he was providing to our country,” his father wrote in the post.

“The U.S. Navy helped make him into a more self-assured, thoughtful, and diligent young man,” Kelly Goolsby said in the post. “He aspired to one day become a U.S. Navy Officer and we take solace that he died while engaged in the career that he envisioned for his future.”

It remains unclear what led to Ethan Goolsby’s disappearance. He was last seen on board between 7 and 7:15 a.m. Thursday for morning quarters after working the night shift, according to Kelly Goolsby’s post.

The search began about 15 minutes later when a lookout “spotted what appeared to be a person in the water,” according to a Navy statement on Friday. The carrier immediately launched three search-and-rescue helicopters and a rigid-hull, inflatable boat in response.

A Naval Criminal Investigative Service and a Line of Duty investigation are ongoing into the incident, Kelly Goolsby said on Facebook.

“We also understand that those investigations will take time and answers will not be immediate,” he wrote. “We trust through this difficult process, that the U.S. Navy will remain transparent and will communicate effectively and regularly with any and all new investigation information as it develops.”

Kelly Goolsby said in his post that his son would “always be loved by his family and remembered fondly by those who knew him.”

“We would like to thank all of our family, extended family, and friends and neighbors around Texas, the country and the world for all of the messages of your support in this harrowing time for all of us,” he wrote.