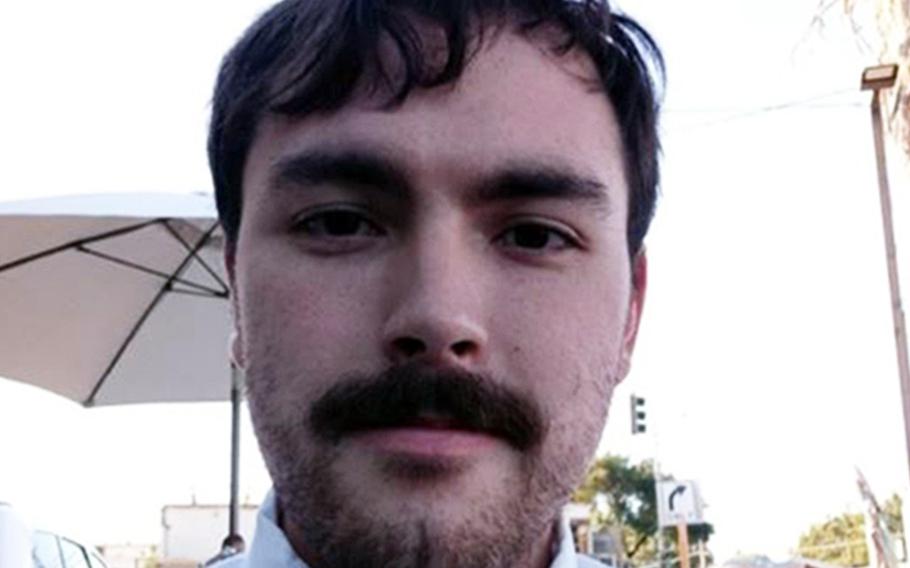 Petty Officer 3rd Class Edmund Di Liscia in a photo from the GoFundMe website. Liscia was forced to shave his beard during boot camp but has since resisted doing so on religious grounds. A federal judge on April 15, 2021, temporarily halted Navy orders that Di Liscia shave this week for the first time in about two years. (GoFundMe)

The Navy can’t force an orthodox Jewish sailor aboard the aircraft carrier USS Theodore Roosevelt to shave his beard — at least until the end of the month.

In 2018, the sailor received a “no-shave chit” that has allowed him to wear his beard in uniform, in keeping with his beliefs as a member of the orthodox Hassidic sect.

Di Liscia was told Wednesday by his superiors that he must shave by Friday morning and then regularly thereafter, said a complaint filed Thursday in U.S. District Court in Washington, D.C., along with a request for a temporary restraining order.

A lieutenant commander aboard the carrier in the Pacific had informed the sailor in writing that he could be punished for failing to shave in violation of a direct order.

“This action is extremely humiliating and deeply jarring to my psyche and soul,” Di Liscia wrote in the counseling statement, expressing regret that the Navy wouldn’t accommodate his religious practices.

In the case, first reported by Military.com, attorney Eric Baxter with the Becket Fund for Religious Liberty is representing Di Liscia and three other sailors with religious or medical reasons not to shave.

The Navy typically cites safety concerns for requiring sailors be smooth-cheeked, such as the potential for a beard to interfere with a gas mask’s seal.

But where a waiver has been granted, it can only be suspended in cases of imminent threats and only for the duration of the threat, Baxter wrote in court filings, noting that the Navy has cited no such circumstances.

Di Liscia’s command insists that he is required to shave because his temporary chit was overturned when his request to the chief of naval operations for a permanent accommodation was denied late last year. But Baxter argues that they are separate requests and that the denial of one doesn’t invalidate the earlier one.

That denial is also under appeal on religious freedom grounds, Baxter said, citing the Religious Freedom Restoration Act and the U.S. Constitution. Orthodox Judaism requires men not to cut the side and edges of their hair as “an expression of obedience and fidelity to God,” his court filing stated.

Though the denial by the deputy chief of naval operations cited safety concerns and possible interference with Di Liscia’s duties, such as having to don a gas mask, it said the chances of “negative consequences” from an ineffective seal are “relatively low,” the court documents stated.

He was previously forced to shave right after joining the Navy, the sailor wrote in a court declaration. He’d arrived at boot camp with a full beard, but when he sought to meet with a chaplain about a religious accommodation, he was told that doing so would get him kicked out.

“Out of fear, I shaved,” Di Liscia wrote. “I regretted that decision and about five months later, I sought and received a no-shave chit.”

At a hearing Thursday, an attorney representing the Defense Department said the Navy had instructed the command not to force Di Liscia to shave for now. But because the ship is operating in the South China Sea, the service had not received confirmation that those instructions had been received.

U.S. District Judge Timothy Kelly gave the attorney until Friday to report back on whether the order had been received, and said that if the military also confirms that Di Liscia will not be required to shave or trim his beard at least until April 29, the temporary restraining order wouldn’t be necessary. Otherwise, Kelly said, he expected to promptly issue the restraining order to spare the beard.